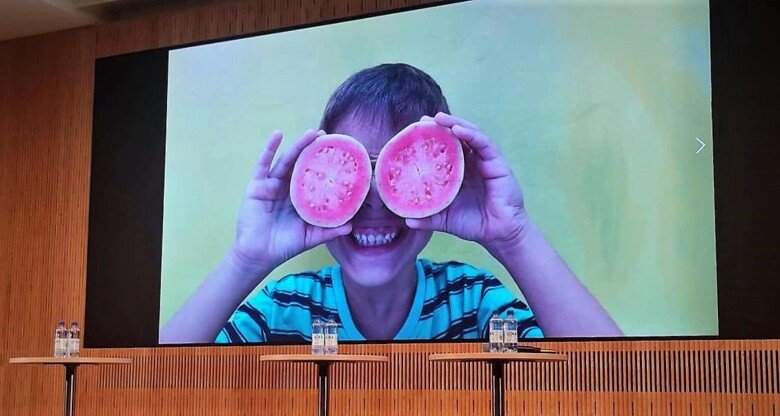 Researchers at Karolinska Institutet have mapped how children are exposed to outdoor advertisement for food in order to better understand their food environment. The results are presented in a report produced by UNICEF Sweden and the Heart Lung Foundation, showing that advertising is dominated by ultra-processed foods. Unhealthy eating habits are important causes of poor health in Sweden and the current report shows that it is not just a public health issue, but also a children's right issue.

The food environment, that is, the social and physical environment in which we live, influences our attitudes and preferences, as well as our choices of food. Researchers at the Department of Biosciences and Nutrition (BioNut), Karolinska Institutet, have mapped how children in the two cities Stockholm and Gävle are exposed to outdoor advertisements for food. The results of the study are presented in Swedish version of the report "In your face – about children’s food environment and exposure to food advertisements”, launched by UNICEF Sweden and Heart Lung Foundation, on November 9, 2022.

"All children have the right to life, health and development. Nutritious food and a balanced diet are basic requirements for this to become reality. The study clearly shows that marketing of food isn't sufficiently regulated with the children's best interests in mind, and it is also not adequately regulated in the law. This is serious, and has consequences for the children. We need to see a change here, from both government and authorities, as well as companies", says Pernilla Baralt, Secretary General for UNICEF Sweden. 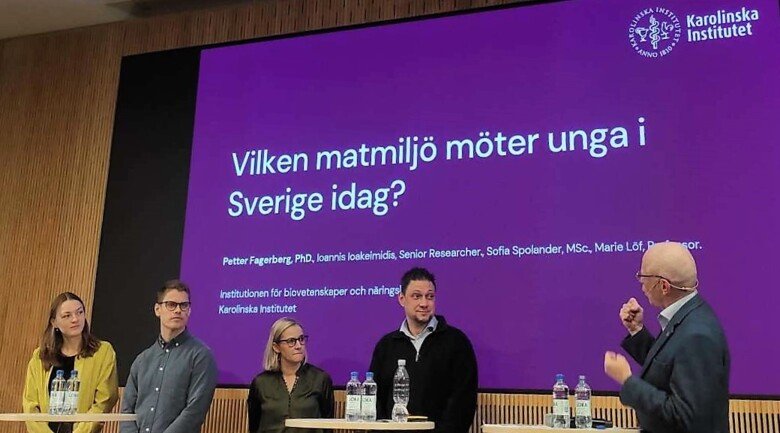 It is well established that unhealthy dietary habits are important causes of poor health and premature death in Sweden. However, a growing literature is pointing out food marketing as a driving factor, with children being more receptive. This study, which was led by Ioannis Ioakeimidis and Petter Fagerberg at BioNut, showed that four out of five advertisements were for ultra-processed foods, such as; sugar-sweetened beverages, artificially sweetened beverages, energy drinks, fast food such as hamburgers, pizza, kebab, hot dogs, fried chicken, ready meals, instant noodles, sweets, pastries, ice cream and salty snacks, and only one in five ads promoted fruit, berries, fish and/or seafood. Furthermore, it was shown that 74 percent of all special offers also advertised ultra-processed foods.

Moreover, the children themselves said that they were vulnerable and responsive to advertising for ultra-processed foods - which according to them are "in your face". Some of the children from the study also participated at the launch of the report.

The Heart Lung Foundation and UNICEF Sweden are now calling on the government, authorities, companies and the research community to take measures that strengthen the children's rights perspective when it comes to public health and eating habits.

The report presents some suggestions for measures needed to reverse the trend, and instead create a food environment that is good for children. Here collaboration is a key factor, a collaboration where the children themselves also are included. But more research on how children are exposed to food advertising is needed, to be able to evaluate how to go about this. To see how effective any measures would be and also to see in which other contexts children are exposed to food advertising. Research is also needed to investigate how changes to the marketing law affects children’s eating habits.