Killing bacteria by hacking plastics with silver and electricity 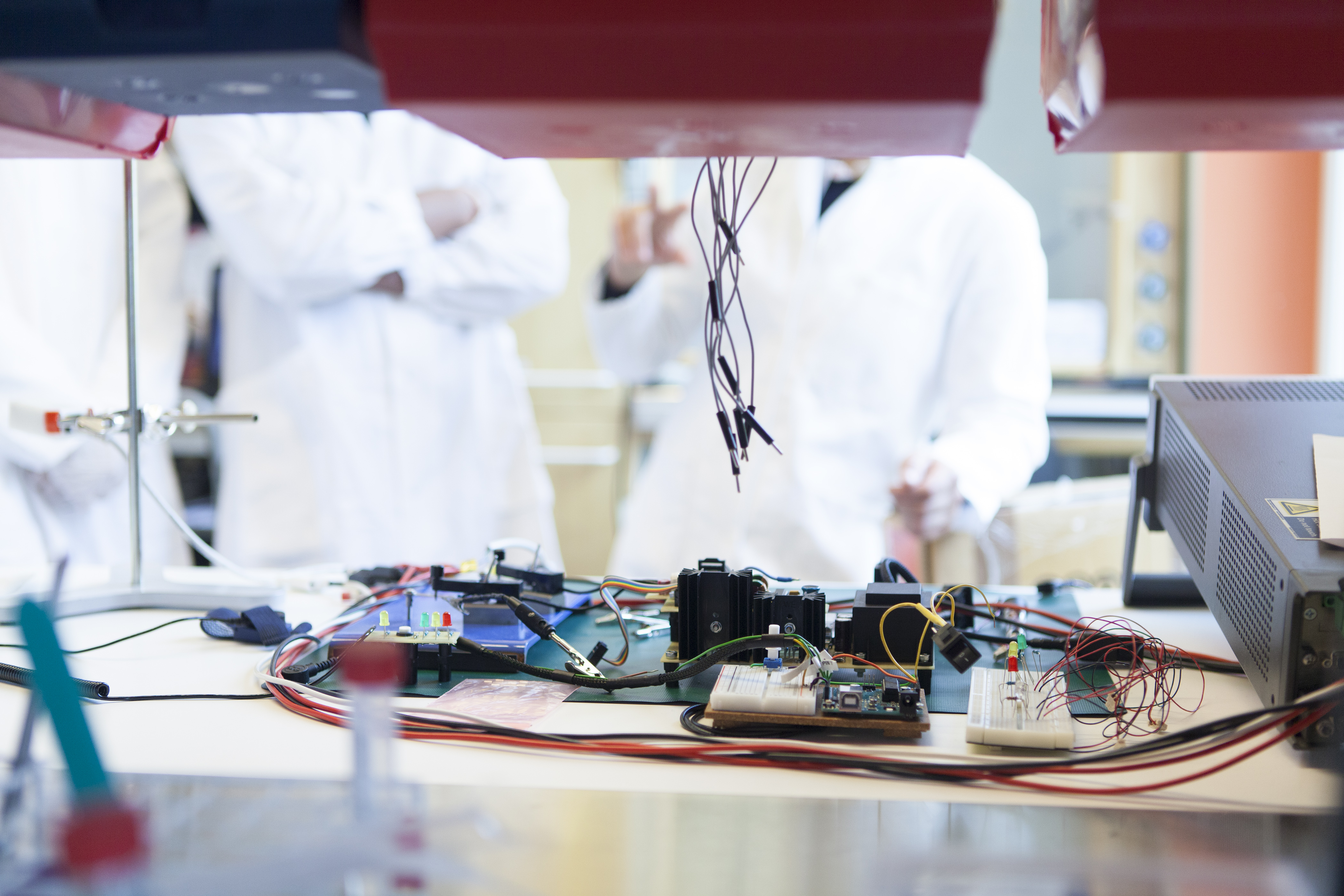 Researchers at the Swedish Medical Nanoscience Center at Karolinska Institutet have developed an innovative way of hacking conducting plastics so as to prevent bacterial growth using silver nanoparticles and a small electrical current. The method, which could prove to be useful in preventing bacterial infections in hospitals, is presented in the scientific journal Advanced Healthcare Materials.

Hospital wards are full of plastic surfaces, plastic tubes and plastic devices, each one potentially harbouring dangerous microbes. Bacteria are capable of surviving for a long time on plastic surfaces, from which they can spread to patients and cause infections.

While both large electrical currents and high silver concentrations are known to kill bacteria, they also pose a risk to humans, which is why their use in hospitals is limited. New research lead by Professor Agneta Richter-Dahlfors at Karolinska Institutet’s Department of Neuroscience shows that it is not necessary to use dangerous concentrations of silver or large currents in order to kill bacteria, if these are used in combination.

“By targeting the bacteria on several fronts at the same time, the effect of different small attacks becomes larger than when each factor is acting on its own”, explains Agneta Richter-Dahlfors.

The research team focussed on the notorious hospital pathogen Staphylococcus aureus. They found that applying tiny electrical currents to a conducting plastic surface had no effect on bacterial growth. On a similar surface exposing an attached layer of silver nanoparticles, bacterial growth was reduced. However, application of a tiny electrical current to the latter surface enhanced the effect of attached silver nanoparticles, and the bacteria were completely destroyed.

“It’s a phenomenon known as the bioelectric effect, whereby electrical fields weaken bacterial cells against external attacks”, says PhD student Salvador Gomez-Carretero at Karolinska Institutet's Department of Neuroscience. “We use electrical signals to increase the antimicrobial activity of the silver nanoparticles. This reduces the amount of silver needed, which is beneficial for both the patient and the environment.”

In the future, the researchers hope that this technology will help to keep surfaces in hospitals and other settings requiring high hygienic standards free from bacteria that can cause life-threatening infections.

“It has not yet been tested in the clinic, but we believe this technology could be a good approach to limiting the spread of infectious bacteria and the incidence of hospital-acquired infections” says Professor Richter-Dahlfors.

The study was financed by the Swedish Research Council, Vinnova, Carl Bennet AB and the Swedish Medical Nanoscience Center.