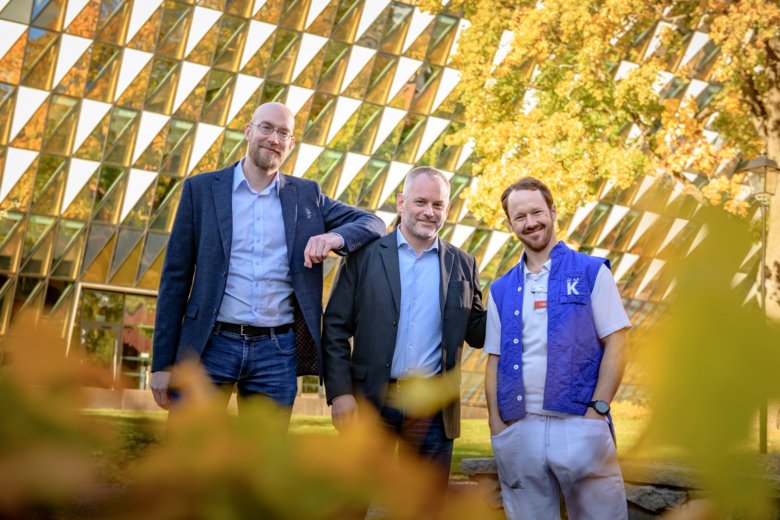 Two researchers at Karolinska Institutet have been awarded the Athena prize for an AI-based image analysis in precision medicine for risk classification of breast cancer patients. The Athena Prize is Sweden's largest prize for research and innovations that have been produced through collaboration between healthcare, academia and industry.

The Athena prize is awarded to the company Stratipath, which consists of researchers, clinicians and developers from, among others, Karolinska Institutet, Karolinska University Hospital and MedtechLabs, an interdisciplinary center for medical technology research. The KI researchers who participated are Mattias Rantalainen, associate professor at the Department of Medical Epidemiology and Biostatistics and Johan Hartman, professor at the Department of Oncology-Pathology and pathologist at Karolinska University Hospital.

The aim of the research has been two-fold in using AI-based image diagnostics to firstly increase the quality and speed of cancer diagnostics. Secondly, to provide a cost-effective alternative to the molecular analyzes that are today increasingly used in precision diagnostics to determine which treatment the patient should receive based on tumor aggressiveness.

–Our starting point was that the same prognostic assessment can be performed directly from the microscopy images since they contain so much information, says Johan Hartman.

The research has focused on breast cancer, where the pathologist's assessment has an absolutely decisive role in the patient's treatment.

–This solution for precision diagnostics in breast cancer is based on the application of AI (deep learning), where computer models are trained on very large data sets to capture patterns in tissue images that relate to risk of disease recurrence. The models have a capacity to see and quantify these patterns in a way that is beyond the capacity of the human eye, says Mattias Rantalainen.

The results were published in the scientific journal Annals of Oncology in January this year.

–As an academic researcher, it is of course exciting to be able to contribute to the translation of our research results and bring them all the way to clinical implementation, with the possibility of improving cancer care, adds Mattias Rantalainen.

The prize sum of SEK 100,000 will be used to stimulate and increase the interaction between the academic research groups and the team at Stratipath.