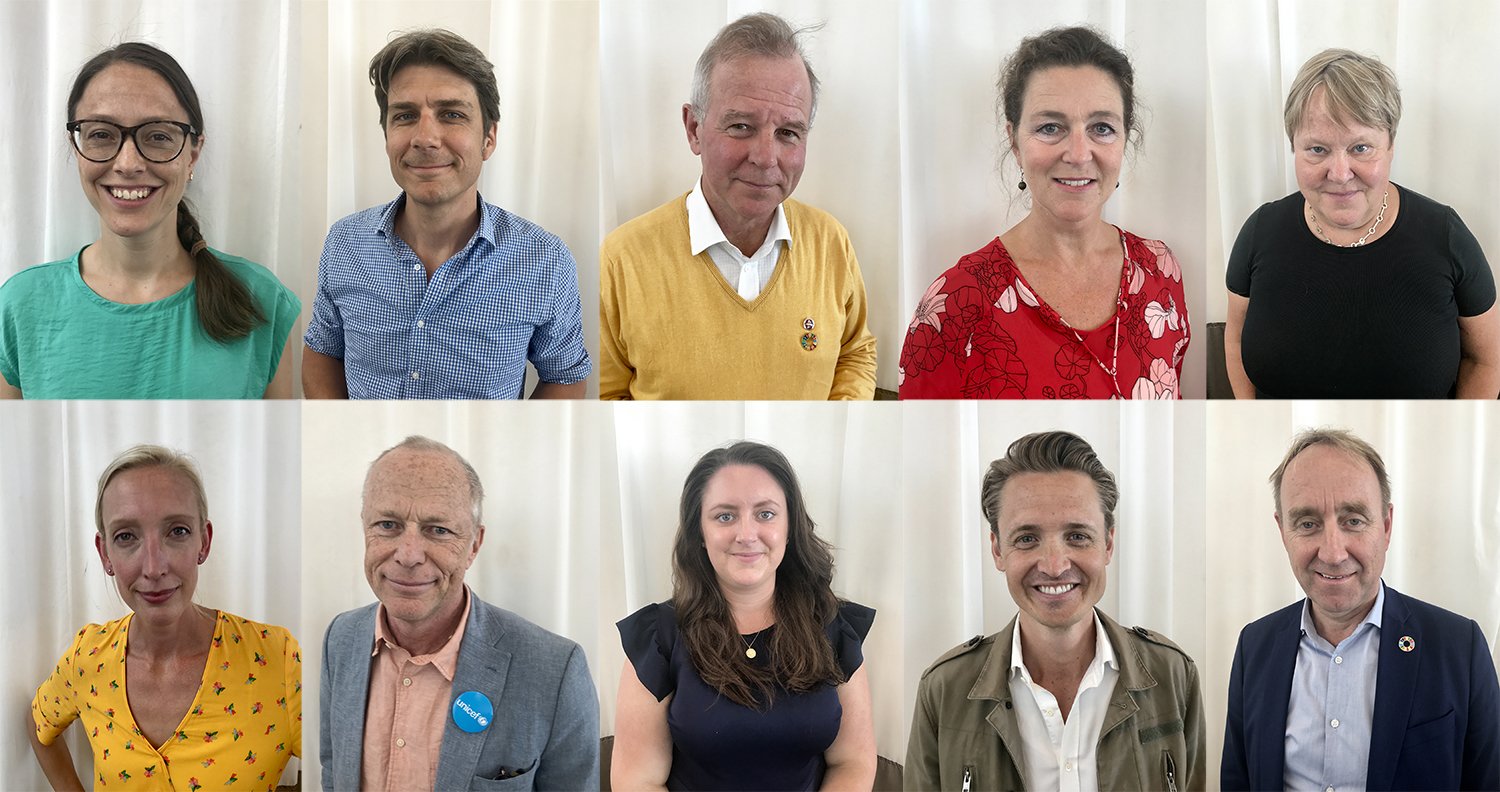 Only four out of ten Swedes are aware of the 17 global objectives that the UN set for sustainable development by 2030. An increase in awareness of these objectives and why they are necessary, is a first step in increasing commitment across parts of society. This was noted at KI's seminar in Almedalen.

Do you know the world’s PIN code? It is 1114. The code was an educational device created by former KI professor Hans Rosling, with the idea being that the code would symbolise the geographical distribution of the world’s population. Approximately one billion people live in America, one billion in Europe, one billion in Africa and four billion in Asia: 1114. But the population is still increasing in Africa and Asia. By 2100, the pin code is expected to read as 1145 instead. The majority of these people will be between 15 and 74 years old.
Knowing what the world looks like is important for health improvement work. This was the opening message at Tuesday’s KI seminar in Almedalen. In some places, health has improved dramatically in the past few decades. For example, the average life span today is as high as 72 years. Many no longer die from infections such as HIV, malaria or pregnancy and birth-related ailments, and instead die from non-infectious diseases which affect people far later on in life. Although large parts of the world have improved considerably, others have changed very little. In countries with lower incomes, women still give birth to five children on average, and child and mother morality is very high.

A vision for a better world

“Without a clear map of the world we cannot work on these important issues,” said Tobias Alfvén, researcher for Public Health Sciences at KI.
He and his colleague Helena Nordenstedt introduced the seminar, which had the title “Who takes responsibility for world health”. The aim was to discuss how the 17 objectives of the 2030 Agenda, a vision for a better world, as assumed in 2015 by the United Nations General Assembly, should be achieved. And the challenges facing the future naturally contain a range of clean health issues such as antibiotic resistance and new infections, among other problems.
“Climate change deems large areas inhabitable and war and nationalism leads to poverty and depletion of resources. Ten years ago, Syria was a middle-income country with good health and medical care accessible for the vast majority, however today it is a low-income country where child mortality is on the rise. Poverty is perhaps the most important objective to combat, if we are to progress further”, said Tobias Alfvén.

The final objective concerns working together in order to achieve the objectives. And it is going to be crucial, according to Ole Petter Ottersen, President of KI.
“According to the declaration, responsibility rests not only with the UN and governing politicians, but also with civil society, entrepreneurs and indeed everyone else. And this is what is so fantastic about the 2030 Agenda – that it gives us all responsibility for doing something. However giving everyone responsibility also risks resulting in nobody taking responsibility”, he said.
In the subsequent panel discussion, participants were invited to discuss how unexpected alliances could increase opportunities for creating a sustainable world. Ingrid Petersson, Chairman of the government’s 2030 Agenda delegation, said that this requires both profound expertise, a horizontal thinking and a holistic approach. She wants to see increased partnership within higher education.
“Humanities, social science, natural science, technology and medicine: United for a better world!” she said.
Highlighting the economic aspects of health problems could be a way of getting politicians to engage in these issues according to Sofia Arkelsten, Moderate MP.
“It can be a matter of addressing finance ministers and prime ministers and also discussing the economic gains, instead of talking with health ministers”, she said.
Niklas Adalberth, founder of Klarna and the Norrsken foundation, said that economic growth is necessary in order to counteract poverty.
“Today, many entrepreneurs invest in the technology industry. However, it would be great if we could persuade more of these enthusiasts and risk takers to focus on technologies that can solve real societal problems, instead of developing a new image sharing app”, he said.
As an example, he mentioned Matsmart, an app that reduces food wastage.
“By turning community entrepreneurs into tomorrow's rock stars, we are taking a step in the right direction”, he said.

The opportunity to create future markets could be a way of motivating companies to invest in long-term projects in low-income countries, which simultaneously leads to health benefits. One example was provided by Suzanne Håkansson, manager of social affairs at AstraZeneca. The company has worked in Kenya together with an American aid organisation which focuses on HIV and Aids and has set-up clinics for simultaneous blood pressure measurements and HIV tests.
She explained that many do not come to HIV testing because the disease is very stigmatised, but they do come to have their blood pressure measured, and you can take the opportunity to take an HIV test as well.
Stefan Swartling Peterson, Chief of Health at UNICEF, New York, also emphasised that these issues are not limited to the field of healthcare and medicine.
“Health is about food, water, homes and schools, and to a small, small extent about healthcare. We must spread this message”, he said.

Pernilla Bergström, Project Manager of the 2030 Agenda of the United Nations Association of Sweden agreed that the dissemination of knowledge is important.
“It does not matter how much we stand here and talk about responsibility and ownership if people are not aware that the global objectives exist. Today, approximately four out of ten Swedish people are aware of the objectives. We want to create a movement to increase awareness of the objectives, why they exist and why they are important, even for us in Sweden. But also to discuss the consequences of not working with the objectives, as well as what everybody can do within their organisations”, she said.
When asked who their ideal partner would be for working on the global objectives, researchers, the food industry and the world’s private pension capital were all brought up. For KI’s President Ole Petter Ottersen, it is the students.
“They are future leaders and it is our mission to make sure they are prepared”.
The seminar’s moderator was Carl Johan Sundberg, Professor at the Department of Physiology and Pharmacology at Karolinska Institutet.