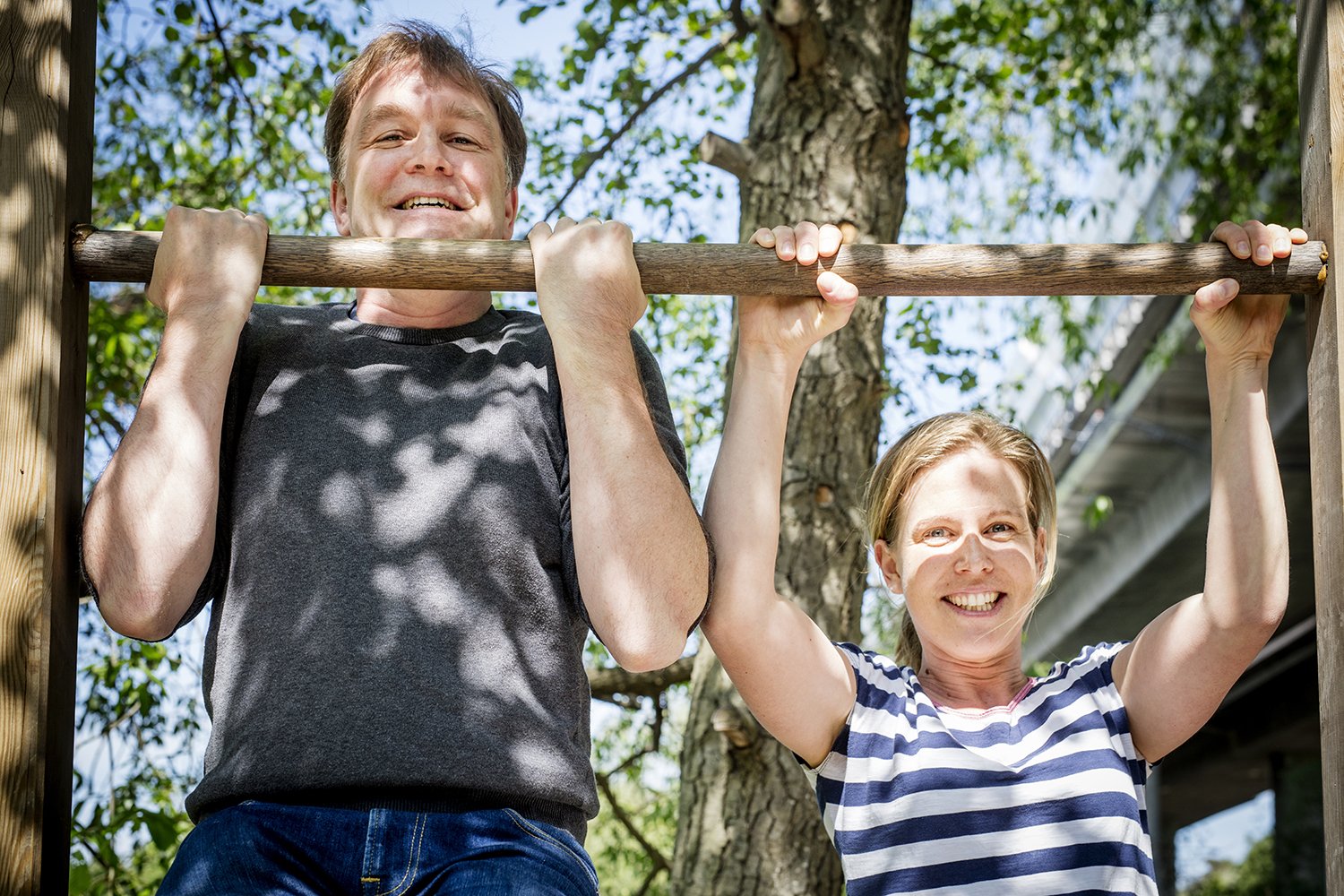 Benedict Chambers and Berit Carow left the world of elite sports to concentrate on their careers as immunologists at Karolinska Institutet. They are now returning to the limelight to help contestants in this summer’s Olympic Games in Rio avoid infection.

Berit Carow and Benedict Chambers cut healthy, energetic figures, as one would expect of two former sporting elites. And even though they’re both still active in their respective sports, they dedicate most of their time to research.

Benedict Chambers is a docent at the Centre for Infection Medicine at the Department of Medicine, Huddinge, and Berit Carow is a postdoc researcher at the Department of Microbiology, Tumour and Cell Biology (MTC). Together, they have combined their interests and made four short films designed to help Olympic hopefuls avoid the greatest threat to a medal – missing the games due to illness.

As part of its training drive, the International Olympic Committee (IOC) has opened an “Athlete Learning Gateway”, a collection of online courses and instruction films on health, nutrition and performance tips. The idea for the project came to Dr Chambers when he saw that there was no information about infections and how to avoid them.

It took one week of recording

“I went in to Berit at the office and asked if she wanted to join me and she said yes straight away.”

He contacted the chair of the organisation, who also liked the idea. It took only a week for them to record their films.

In four video clips they address basic facts about different infections and their physiological effects, and give the athletes practical tips for staying healthy before and during their stay in the Olympic village.

“You can’t protect yourself against every eventuality, but there are some simple tricks that can make a big difference, and that’s what we want to get across,” says Dr Carow.

The idea is that the films will make sportspeople think about and discuss health matters. They can then contact both KI researchers, who will be available online to give their expert advice.

Because experts is what they truly are. Dr Carow has an impressive CV: she just missed bronze in the double scull (rowing) event in Peking in 2008 and has won several World Championship medals for Germany. And even though she has cut down on the competitions since moving to Sweden, she still rows.

Competition for all on equal term

Dr Chambers has had a long career as a fencer for the Irish national team and has competed in many world and European championships. He still fences competitively, but no longer at an elite level. He adds that he was in the qualifiers for Rio, but failed to make it all the way.

“I knocked out the silver medallist from the London Olympics, which was great, but the next day he announced on TV that he was quitting. Lose against Benedict and there’s clearly no point carrying on,” he says with a laugh.

They like the thought of not just being spectators at the coming Olympics.

“We’re doing this a lot for the smaller teams that aren’t able to bring their own doctors,” says Dr Carow. “We want to make the information simple and accessible to all and to contribute to the Olympic philosophy – competition for all on equal terms,” she continues.

Brief facts about the Rio Olympics