In the words of KI’s new chairman, “We need to start afresh.” 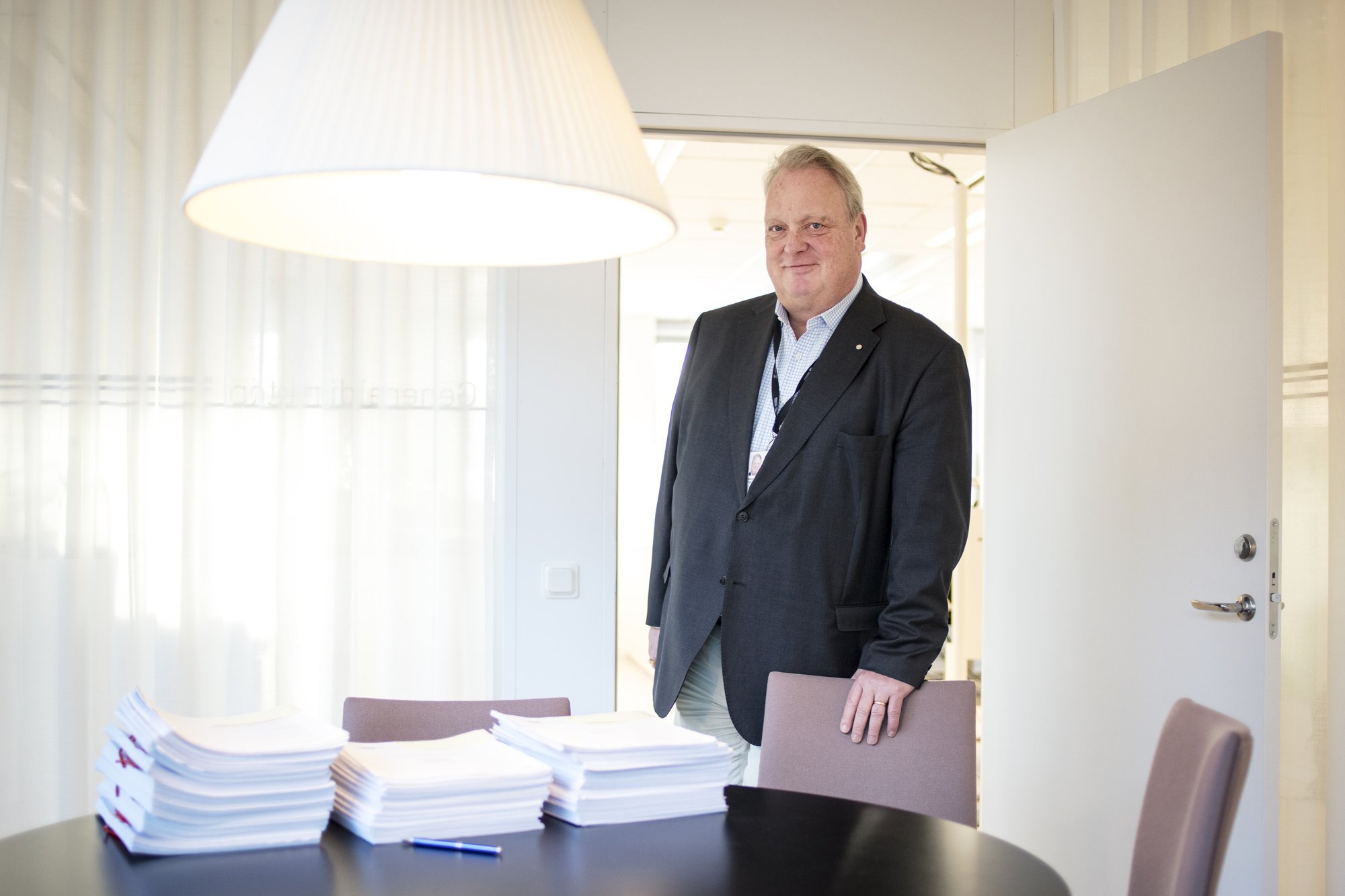 Mikael Odenberg took over as Chairman of the University Board of Karolinska Institutet on 1 December 2016 and has two urgent matters to attend to: recruit a new vice-chancellor and clean up after the Macchiarini case. The minister responsible, Helene Hellmark Knutsson, says that the partly new board is expected to restore confidence in Karolinska Institutet and Swedish medical research.

“Oh my,” I thought. “Then I decided to say yes,” says Mikael Odenberg.

Why the choice fell upon him is a question for others to answer. He has no academic qualifications to speak of, not having completed his studies at university and the Stockholm School of Economics. He says his guess is that it has more to do with his broad experience of controlling authorities, an area where, according to the investigations conducted during the autumn, Karolinska Institutet has fallen far short of the mark.

Mikael Odenberg describes his background as a whole lifetime in the public sector, most recently as Director-General of Svenska kraftnät, Member of Parliament for fifteen years, and Minister for Defence in Fredrik Reinfeldt’s government, a post he resigned from in protest against cuts in the defence budget. And his experience in the health care sector, among other things as a member of Stockholm County Council between1976 and 1991.

“That might be of use to me at a medical university. And I’ve also led change processes.”

Now he’s getting to lead another. Karolinska Institutet is to rise again after ”a first-class scandal”, as Mikael Odenberg puts it.

“It’s naturally not the Board or its chairman who decides how people view Karolinska Institutet. In my honest opinion, it’s going to be a fairly long journey. Many people are saying ‘we’ve read so much about Macchiarini and we’re getting rather tired of it – let’s stand up straight and move on’. But in that respect I think they are tending to trivialise what has happened,” Mikael Odenberg goes on.

“The Board has the ultimate responsibility but many people have to do their part,” he adds.

At an extraordinary board meeting at the end of January, the Board, with its new government-appointed members, will meet for the second time.

At the meeting, investigators Sten Heckscher and Kjell Asplund and internal auditor Peter Ambroson will present their findings in the Macchiarini case.

“And there the Board needs to form a picture of to what extent we agree with the conclusions or whether we are of a different opinion. And if we agree – what measures have been taken and if they are sufficient.”

Looking at the vice-chancellor’s recruitment

The recruitment of a new vice-chancellor, which was suspended following the autumn’s replacement of external board members, needs to start afresh.

The new Board must own the process. This means that decisions concerning the recruitment committee, requirement profile and schedule will be taken again. This will be done at the extraordinary meeting in January. Some adjustments will be made but there is no reason to expect any major changes,” Mikael Odenberg says.

At the same time, he emphasises that Karolinska Institutet needs a vice-chancellor with very good leadership qualities, the ability to make all necessary decisions, and great integrity. He wants to lay greater emphasis on leadership qualities than on scientific excellence – “There’s not a lot of research to be done in the vice-chancellor’s office.”

“But the person appointed Vice-Chancellor of Karolinska Institutet must of course have broad support and respect among 375 professors, so you can’t propose a person with mediocre qualifications,” Mikael Odenberg says.

A long-term issue: the organisation

Mikael Odenberg’s appointment as Chairman of the Board lasts until 2020. Over this period he will also have to deal with long-term issues that he has not yet had time to look at properly: the organisation, finances and “the eternal question” of making clear the distribution of responsibilities between Karolinska Institutet and Karolinska University Hospital.

“Many say that Karolinska Institutet’s organisation is rather dysfunctional as it stands today. It’s been in place for more than 20 years so it’s something we need to look at, along with how control is intended t be exercised. How does leadership work at KI? We are not only an institution of higher education and a research institute, we are also an authority and have a number of requirements to live up to. And it’s been a little so-so in that respect,” says Mikael Odenberg.

“But the fact of course is that the vice-chancellor who is appointed must take a very active part in this, so we mustn’t come up with too many things before we actually have a new vice-chancellor.”

Mikael Odenberg on:
… his opinion of Karolinska Institutet: “I have considered Karolinska Institutet to be our number one university and I still do. KI holds a very prominent position, not only in Sweden but around the world. And has delivered world-class research over the years. It’s also beyond doubt that the Nobel Assembly, although it’s not actually part of the university, has also helped put KI on the map.”
… the effects of the Macchiarini case: “Confidence in Swedish science and research is generally speaking fairly high, but it’s quite clear that confidence in KI has taken a fall. It would be stupid to say anything else. And it’s also clear that this is having serious effects within KI. I can imagine it’s been difficult to ignore: people have more or less been forced to take a position one way or the other. Nor has the Nobel Assembly escaped unscathed, for example.
… his public beef with the Expressen newspaper carried on in social media: I have not criticised Expressen or anyone else for their examining of me or anything else. What I have criticised is this distorted sensational journalism where papers withhold important facts and try to put a picture to something that will convey an impression of scandal. I have spent my whole life in the public sector and investigative journalism is incredibly important. I am open to scrutiny, naturally, but the media also need to be able to take criticism.”