How health is translated into money 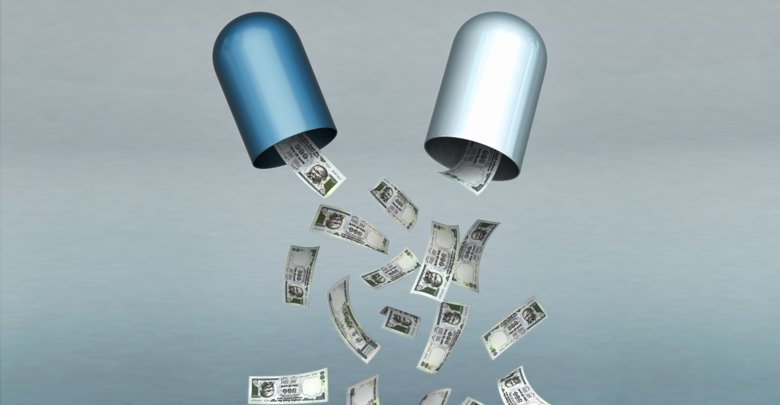 Various health care interventions can, to put it in simplified terms, yield different amounts of health per invested Swedish krona. But how can subjective experiences, such as quality of life, be brought into these calculations? Researchers at Karolinska Institutet find ways to make health economic decisions. 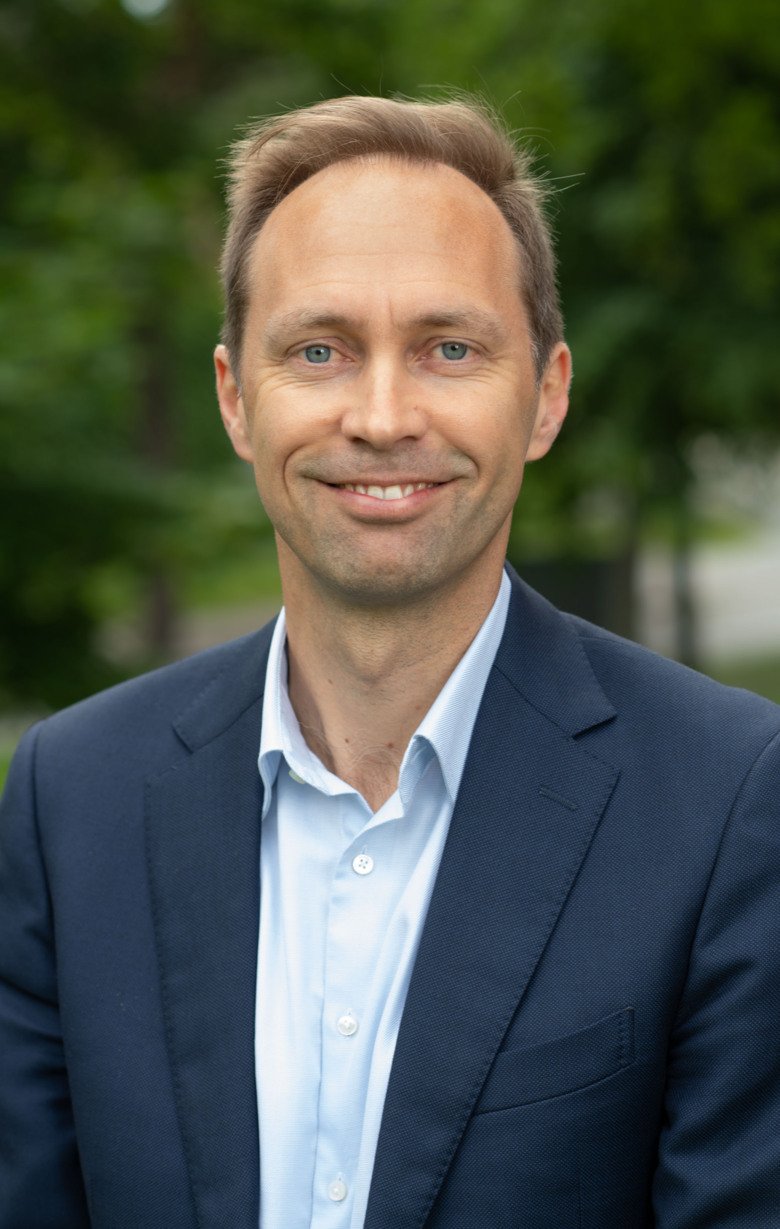 The health care services not only need to constantly prioritize between different treatments or medicines, but also plan for future costs. Doing this requires health economics evaluations. In 2020, health care costs accounted for 11.5 per cent of the gross domestic product, which corresponds to about 573 billion Swedish kronor (about 54 billion euro). One item that has increased is the cost of pharmaceuticals, according to Linus Jönsson, affiliated researcher in health economics at the Department of Neurobiology, Care Sciences and Society at Karolinska Institutet.

‘We’ve been seeing this increase for a long time as pharmaceuticals have become an increasingly important part of care,’ Jönsson says.

Today, pharmaceuticals account for about 10 per cent of health care costs.

"It is here we currently spend most of our time making calculations," he says, "partly because there are often good data for pharmaceuticals to base them on. But this also means that 90 per cent of the health care costs consist of other things, for which health economics calculations have not developed as much." 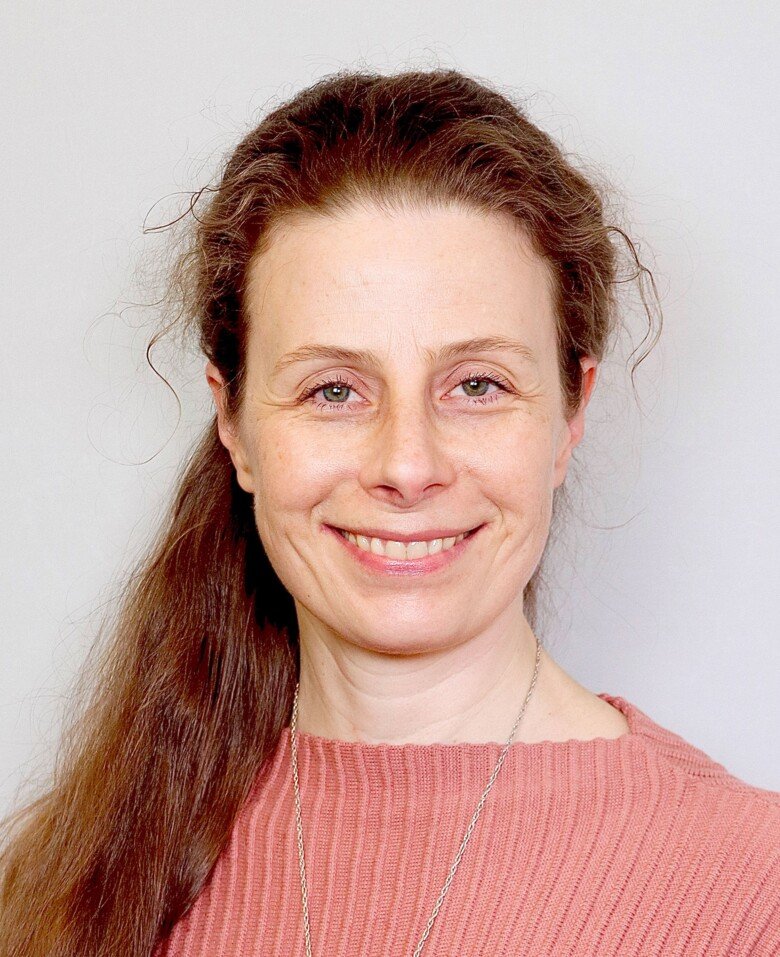 Jenny Berg is a health economist at the Swedish Agency for Health Technology Assessment and Assessment of Social Services (SBU), and affiliated with the Department of Learning, Informatics, Management and Ethics (Lime) at Karolinska Institutet. She speaks along the same lines.

‘One challenge that we’re facing at SBU is how we will evaluate treatment strategies that involve other interventions than pharmaceuticals and often several different professions,’ Berg says. ‘We also need to evaluate what we get for our money here, but it’s complicated.’

One important term in this context is cost-effectiveness.

‘All care in Sweden must comply with the three principles of the Health and Medical Services Act, and cost-effectiveness is one of these,’ says Jönsson.

The other two are about providing care according to needs and that care must be equitable. Cost-effectiveness is always about relationships between different options.

‘That a treatment is cost-effective can be simply described as getting a lot of health for your money, in comparison with other ways,’ says Jönsson.

The comparative option can be another drug treatment, another type of treatment, or no treatment at all. For example, a new and more effective, but still more expensive treatment can be compared with the current treatment to determine whether the effect of the new treatment is reasonable in relation to the increased cost.

Doing health economics calculations entails producing a number for how much is paid for a certain unit of health, for example, gaining one year of life. Models and different instruments must be used to get an idea of the value of what is gained in relation to what it costs.

The selection of health economics evaluation method is determined by the question, but also by the availability of data. If, for example, the evaluation will form the basis for selection between two treatment methods, which are equally effective and do not differ in terms of negative consequences, such as side effects, you can settle for a cost minimization analysis. If it instead deals with alternative methods that primarily affect mortality, it can be enough to do a cost-effectiveness analysis with years of life as outcome measure. If it is about a chronic condition that is not directly life-threatening, it is necessary to also consider the effects on quality of life, and here a cost-benefit analysis is a suitable method. 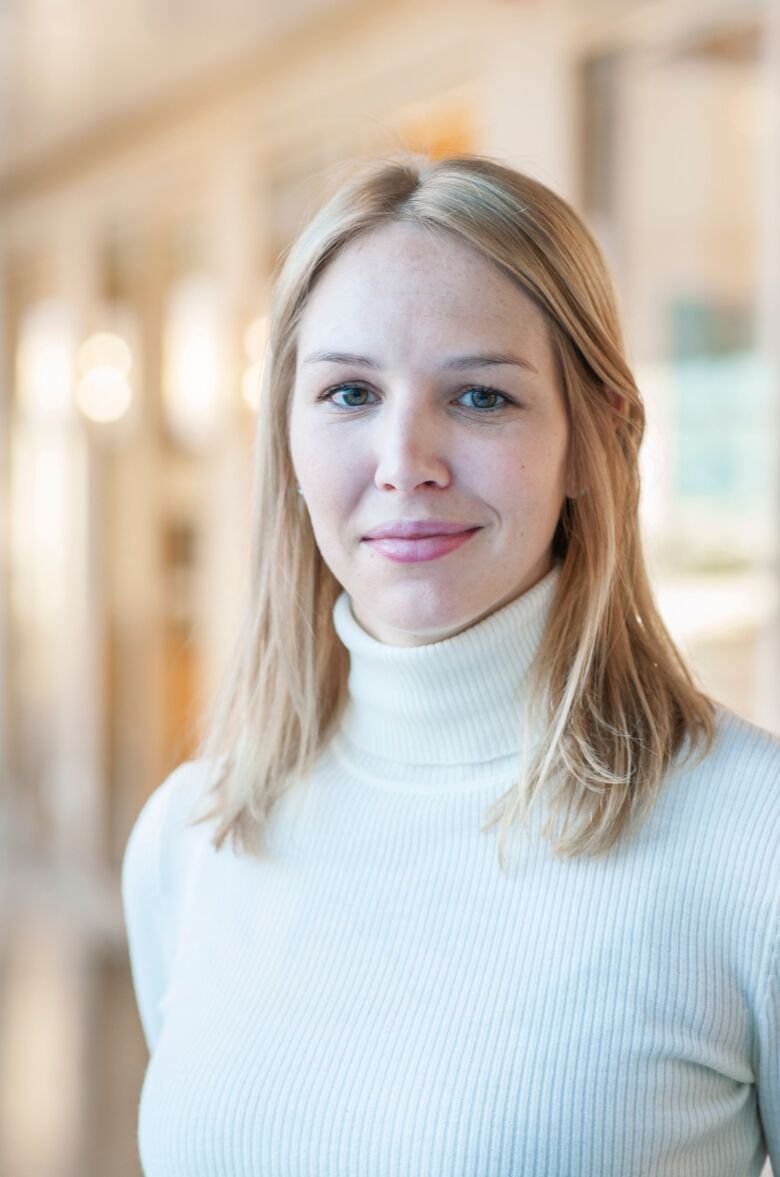 Emelie Heintz is a health economist and Deputy Director at the Stockholm Centre for Health Economics at Region Stockholm, and is also affiliated with LIME. Her analyses are often carried out on behalf of Region Stockholm.

‘We have, for example, contributed with health economics expertise to describe the consequences of person-centred and integrated care pathways for rheumatoid arthritis,’ she says.

In the case of sepsis, formally known as blood poisoning, we’ve seen that the initially high costs of introducing a new routine in emergency wards – a sepsis alarm – and calling in an infectious disease specialist in cases of suspected sepsis, can potentially bring savings in the long run, as previous studies have shown a reduced number of hospital days for the patient when the routine has been introduced. Another project concerns evaluating whether it would be cost-effective to expand self-testing for chlamydia and gonorrhoea.

But how important are these evaluations in health care decisions?

Emelie Heintz highlights the decisions of the Dental and Pharmaceutical Benefits Agency (TLV) on whether or not to subsidize pharmaceuticals as possibly the clearest Swedish example of how health economics evaluations play a role in actual decisions (see graph).

‘We recently produced a report on behalf of TLV concerning the impact on the quality of life of the patient’s relatives,’ says Heinz. ‘This is an example of how our work can affect what will be included in the cost-effectiveness analyses that they use for their decisions.’

The report formed the basis for a new proposal from TLV stating that the effect on the relatives’ quality of life should also be considered when new pharmaceuticals are evaluated, something that is not done today. This can, according to TLV’s website, become relevant ‘when the company in its application to TLV can show, with data, that their pharmaceutical actually improves the quality of life of relatives by improving the patient’s health’.

Health economics issues often involve ethical and moral considerations and trade-offs that can be difficult to address.

‘But they play an important role,’ says Heinz. ‘When resources are limited, we need to find ways to systematically approach costs and health effects.’

One difficulty lies in assessing the quality of life among those who are unable to express themselves on this topic, such as children.

‘One way is to have adults imagine a hypothetical state of health for a child,’ says Jenny Berg. ‘But then we have to ask whose values and appraisals we’re capturing.’

Berg has co-authored a qualitative interview study that was published in the journal Quality of Life Research earlier this year, in which the researchers tried to also involve younger people. Ten adults and ten 16–18-year-olds were asked to rate their own state of health and answer sample questions about the state of health of an imaginary ten-year-old child, according to the EQ-5D method (see box). The participants were asked to describe how they felt and reasoned when deciding on their answers.

The study shows that it is fully possible to also involve young people from age 16 upwards in these types of assessments. But both the adolescents and adults found it difficult and uncomfortable to rate health status associated with quality of life and longevity for a child.

‘The participants said things like “who am I to make that choice for someone else?” and “how should I know how the child experiences this?” ’, says Berg. 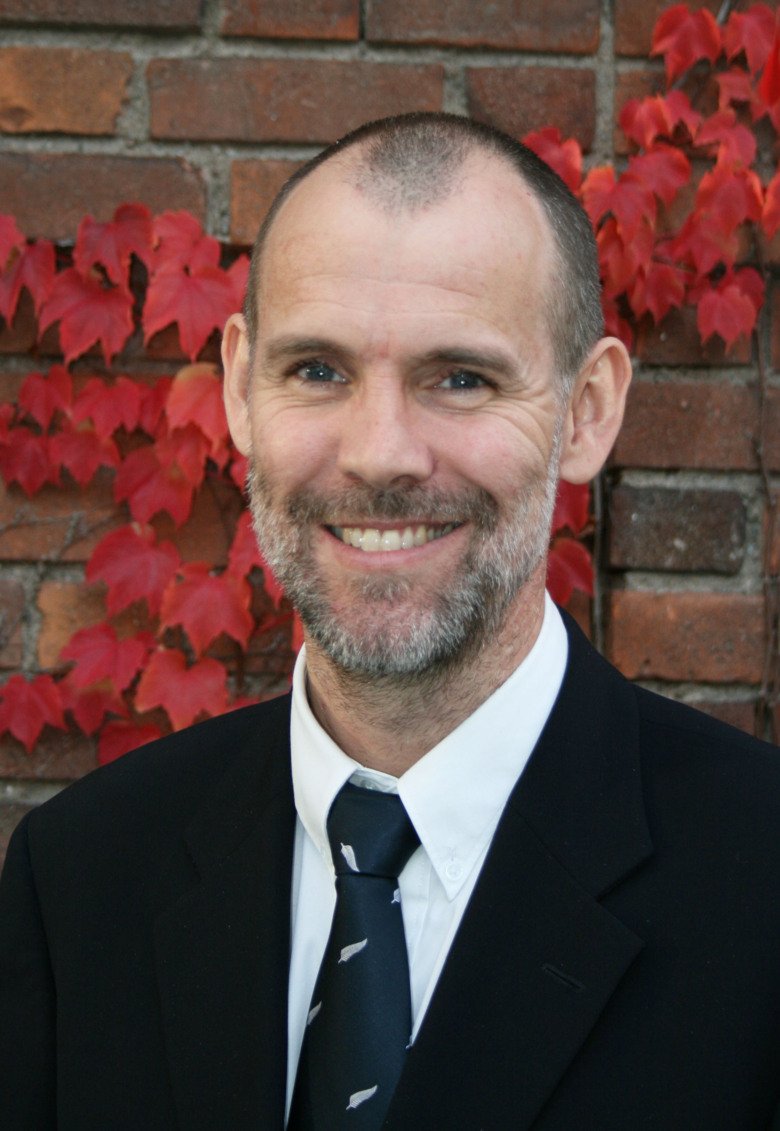 Health economics evaluations are an important complement to epidemiological or clinical studies when these show that a certain intervention works. However, not everyone who works on these evaluations is a health economist. Mark Clements is a docent at the Department of Medical Epidemiology and Biostatistics, and conducts research on cancer screening and diagnostics.

‘My PhD student Shuang Hao and I have been studying cost-effectiveness in prostate cancer screening,’ says Clements. ‘It is excellent timing because Sweden is just now investigating better ways to organize prostate cancer testing.’

Part of this has involved investigating the cost-effectiveness of using a blood test called Stockholm3, which was developed by researchers at Karolinska Institutet and which has been shown to function well in previous studies.

‘Our results show that the use of the Stockholm3 blood test reduces the number of MRI examinations,’ he says, ‘which in turn contributes to cost-effectiveness by not utilizing the scarce resource that these examinations constitute.’ The results were published in January in the journal European Urology.

In an ongoing project, the group is studying how artificial intelligence (AI) can be used in cancer diagnosis. Because there is a current shortage of pathologists, AI support could free up resources.

Another challenge lies in studying costs for long-term illnesses, such as Alzheimer’s and other dementia diseases. The dilemma here is that the data from clinical studies often only covers a couple of years. Linus Jönsson argues that longer, real-life patient studies are needed.

‘We need to see each treated patient as a data point,’ he says, ‘so that we can figure out who has the greatest need of a new drug, and also how long the treatment should be.’

Sweden has the world’s largest registry of cognitive disorders, SweDem, which has over 100,000 patients recorded.

‘It’s a good platform,’ says Jönsson, ‘although it’s challenging to keep a registry of patients for such a long period of time. But it’s needed to be able to monitor the patients.’

Researchers estimate that the number of people living with dementia disorders in Sweden will double by 2050.

‘This means that it is extremely important to find cost-effective ways to detect and diagnose incipient cognitive decline and begin the right interventions to prevent dementia progression,’ he says.

Health economics as a field of research is considered to have started with an article published in 1963 by the American economist Kenneth J. Arrow. But with almost 60 years under our belts now, we can ask: Are resources in Sweden used cost-effectively today?

‘When it comes to new pharmaceuticals,’ says Jönsson, ‘I’d say that we have a relatively good idea of how much health we get out of them and what they cost. A clear example of a cost-effective intervention is the routine work that primary care services conduct to prevent cardiovascular disease. The cost for treatment with cholesterol-lowering drugs, for example, pays back to society more than twenty times over.’

What do the abbreviations mean?

HTA: Health technology assessment (HTA) is a globally used term for the evaluation of methods, procedures and applications in health care aimed at ensuring good quality and cost-effectiveness.

QALY: Quality-adjusted life years (QALY) measures health with regard to both length and quality of life.

TTO: Time trade-off (TTO) is a method that involves asking respondents to imagine that they are living in a certain state of health for a certain number of years (usually 10). Then they are asked to imagine that there is a treatment that would allow them to regain full health but that their life would also be shortened by a few years. The question then becomes how many years they could consider trading off in order to live their remaining years in full health.

EQ-5D: Quality of life instrument that describes health in five dimensions (mobility, self-care, usual activities, pain/discomfort and anxiety/depression). It also includes a visual scale in which the person rates their overall health from 0 to 100. A number of variants exist.

PROM: Patient-reported outcome measures (PROM) is used as an outcome measure in health care and medical research, most often implemented as a questionnaire that measures health/health-related quality of life, symptoms or functional ability.

Who does what in Sweden?

A health economics network was recently started at Karolinska Institutet. The aim of the new network, Health Economics Network at KI, is to stimulate collaboration but also to further highlight the field and its activities. The network’s four founders are Emelie Heintz, Mark Clements, Linus Jönsson and professor Clas Rehnberg at LIME.