Hello Ingmar Ernberg, co-editor and professor at the Department of Microbiology, Tumor- and Cell Biology (MTC). Congratulations to your new book “Kvantfysiken och livet” that has just been released. What is it all about?

–  The big, eternal existential questions addressed by humans since the origin of our species are still largely unresolved. What is the world and how did it arise? What is life? How did life start on the earth? What is consciousness? The discovery of DNA 1953 gave us amazing tools to study the inner mechanisms of life, knowledge which now also reaches the clinic as diagnostics and therapy. But our insights about DNA and its role in biological processes does not solve the issues about the fundamentals of life. Life is more complex and harder to understand, than just the emergent popular belief that life is explained by the algorithms derived from ”DNA programming”. Future research in biology and medicine has to accommodate the modern physics developed in the beginning of the last century. This include the strange world of quantum physics.

–  The molecular interplay in our cells and our interplay with our environment through our well-known senses is highly dependent on quantum physics. Our senses only allow us to register a small part of the real world by sight, smell, hearing, touching. This is exactly the world described by the classical physics of Newton. The physics that our big and slow bodies has to be in control of to survive, find food and make offspring. But the process of biological evolution has exploited the whole physical world accessible on earth and in our universe. This world is much bigger than that of classical physics including relativity, thermodynamics and quantum physics. And there are also parts of it which mankind has not yet understood at all (dark energy, dark matter). In the microworld of molecules  the rules of quantum physics makes the foundations for building our molecules with complex structures.

–  For decades it was thought that quantum physics only can act at extremely low temperatures and in isolated systems. Therefore, it was thought irrelevant for biological systems. Cells are too a humid and too warm environment. But it turns out that at the close distances and ultra-brief times employed in cellular molecular biology, quantum coherence and quantum physics works. Here we see the counterintuitive world of tunnelling, particle-wave dualism, entanglement, spin and quantum bits. 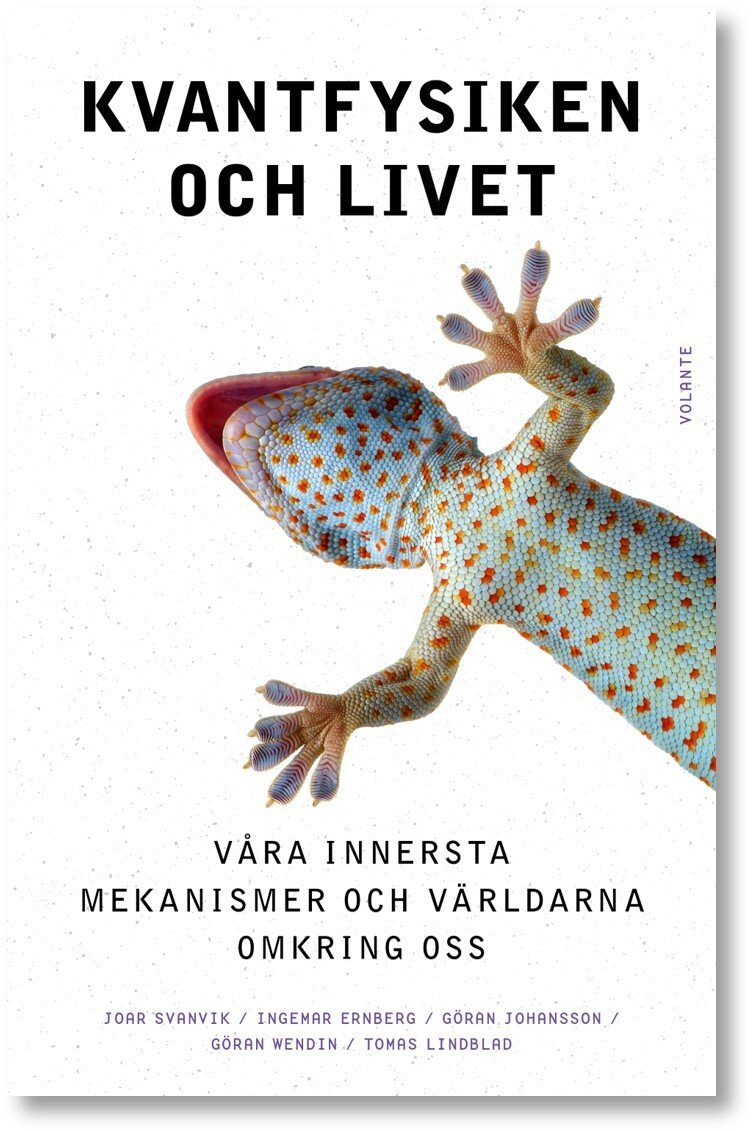 –  Quantum physics is going to be a key to understand how life processes works and can be affected, how we can diagnose and treat diseases with new methods, and maybe in the future answer the question how did life start on earth? Although highly controversial, even issues on what are thoughts and consciousness might be better understood with the help of quantum physics.

To whom is the book important and who will be influenced?

–  This is a popular science book to introduce a curious general public into the field and to which questions are in focus. It can be very meaningful also to scientists, medics, physicists and students at high schools and universities. This is the serious first book on quantum physics by Swedish authors. Quantum Biology will become increasingly important within medicine and medical research, but also as an emerging research area in physics.

When is the book released?

–  The book is now available at book shops and via the publishing firm Volantes home page. Both e-books and audiobooks are available.

The authors started Human Biology and Quantum (HUBIQ) seven years ago to deepen their own knowledge and understanding of quantum biology, not least to encourage more research into this field, the interactive surface between medicine and quantum physics among physicist, medics and young scientists.

Get the audiobook and e-book