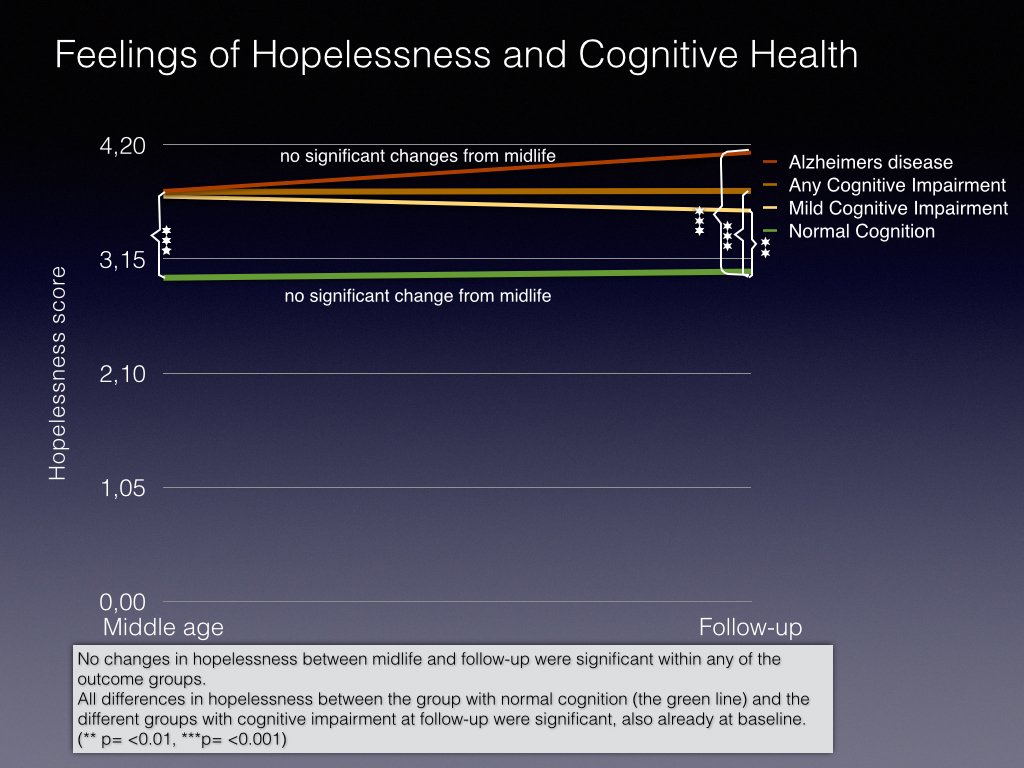 Feelings of hopelessness are more common among persons with dementia and the feelings exist twenty years before the diagnoses were made, a new study at Karolinska Institutet and University of Eastern Finland in Kuopio demonstrates. This give strong support to the idea that negative feelings in midlife can affect dementia risk in later life.

The new findings give strong support to the idea that negative feelings already in midlife can affect dementia risk in later life: persons with elevated feelings of hopelessness in midlife had almost a three-fold risk increase of Alzheimers disease, also after consideration of individual differences in age, hypertension, genetic factors, sex, BMI and other factors of relevance for dementia risk.

The association for hopelessness in midlife was even significant after additional adjustments for hopelessness and other depressive feelings at follow-up. This study also shows that the increased risk of hopelessness feelings was especially pronounced among persons who also carried the ApoE4 allele, the major genetic risk factor for Alzheimers disease.

The study was performed by Krister Håkansson, Hilkka Soinninen, Bengt Winblad and Miia Kivipelto and was published on October 13, in PLOS ONE. It builds on population data from Eastern Finland with 1 409 participants, and has a unique follow-up time of twenty years. An important feature is also that hopelessness feelings were measured in later life shortly before, not after, the participants were screened for a possible dementia disease.

Feelings of Hopelessness in Midlife and Cognitive Health in Later Life: A Prospective Population-Based Cohort Study