Facts and optimism when Bill Gates spoke at Karolinska Institutet 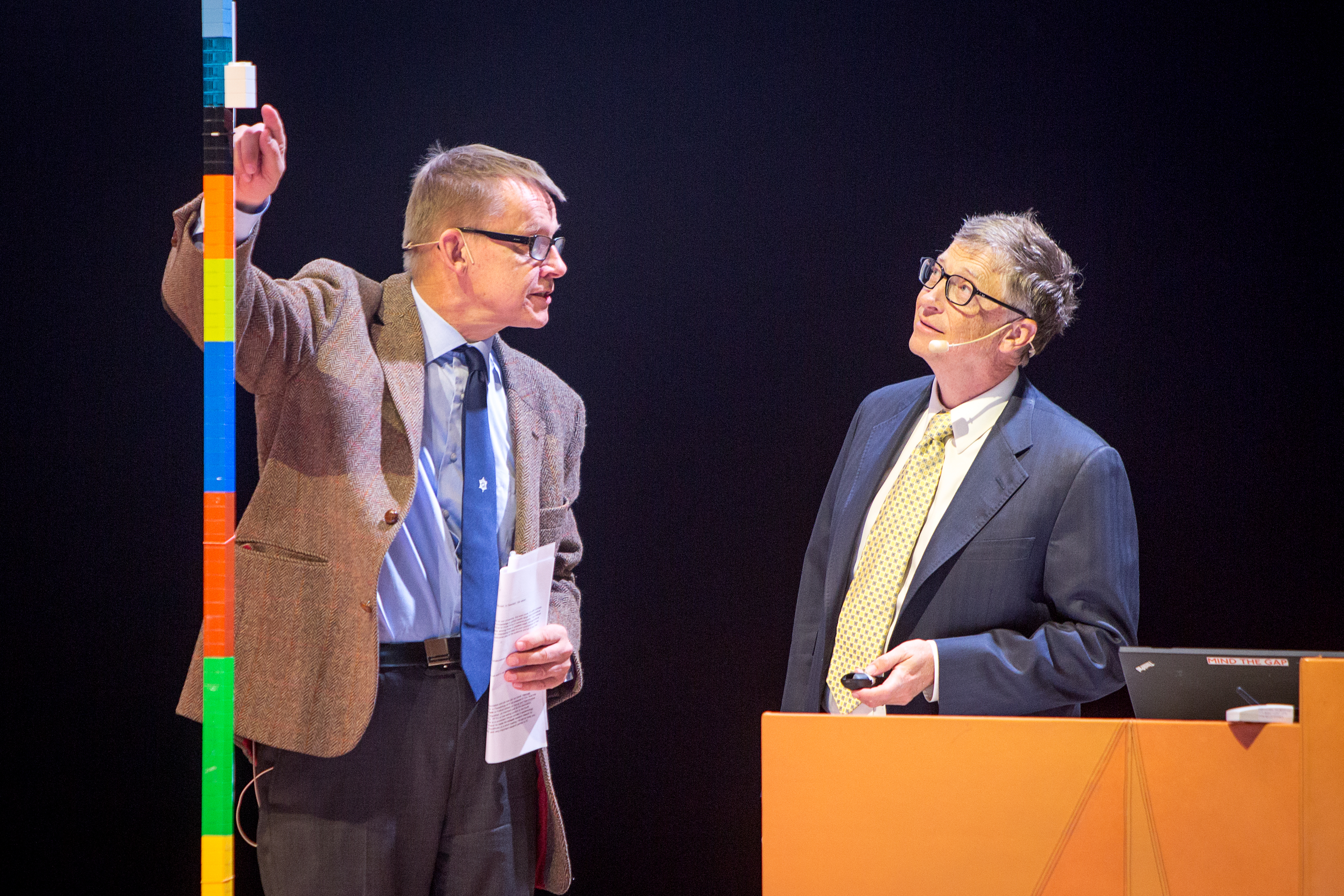 On 31 March, people packed Karolinska Institutet’s Aula Medica to hear Bill Gates talk about how extreme poverty can be eradicated from the world during our lifetime.

Hans Rosling, professor of international health at Karolinska Institutet, founder of Gapminder and the event moderator, opened with some questions to the audience about global health:

“What percentage of all one-year-olds in the world do you think have been inoculated against measles?” he asked.

Everyone had a chance to answer by pressing a button on a little panel that was attached to each of the 1,000 chairs in the auditorium with a band the same colour as the orange flowers on the stage. The right answer was 80, which half of the audience – 49 per cent – selected.

“The world is getting better”, was the main theme of the day, a positive message that resonated throughout Bill Gates’s address, which debunked some of the myths about poor countries being destined to remain stuck in poverty, about aid money being wasted, and about how saving lives only leads to overpopulation.

“This past decade has seen more progress than any other decade in the history of global health,” he began.

An enthusiastic Mr Gates then filled the projector screen with his favourite graph, the downward sloping line of which showed how infant mortality – measured un terms of the number of children around the world who die before the age of five – has dropped from around 20 million in 1960 to 6.6 million in 2012.

“6.6 million is about 5 per cent of the number of children born today. Our goal should be to get below 2 per cent in the coming 20 years. Which is perfectly possible. All that’s needed is a few dozen new drugs, mainly vaccines, and a real improvement in their distribution.”

Bill Gates talked for over ten minutes and then answered questions from the floor and from a panel comprising Hannah Akuffo, Head of Unit for Research Cooperation, Sida (the Swedish International Development Cooperation Agency), Julia Schalk, Political adviser on Sexual and Reproductive Health, International Department, RFSU (the Swedish Association for Sexuality Education) and Professor Osman Sankho, head of the INDEPTH Network in Ghana.