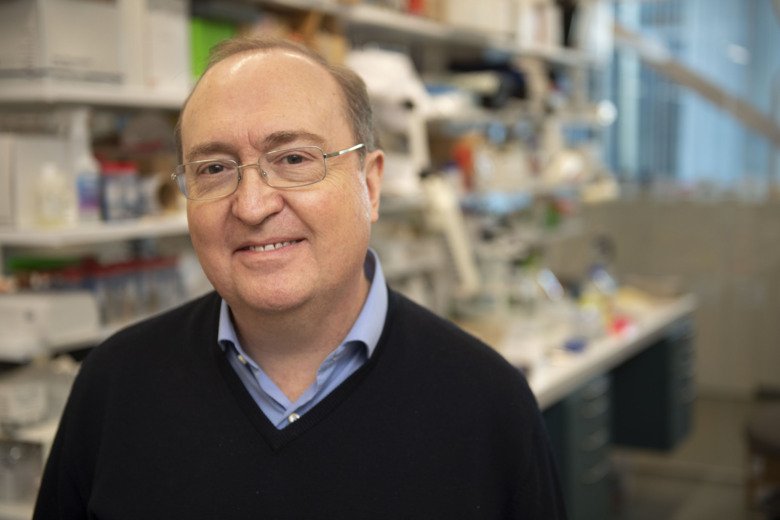 The ERC Advanced Grant is one of Europe’s most prestigious programmes for research financing. The grant has now been awarded to Ernest Arenas to tailor dopamine-producing brain cells for patients with Parkinson’s disease.

By mapping these cells at a molecular level using single-cell RNA sequencing, amongst other tools, Ernest Arenas’s research group hopes to have sufficient information to create new ones, either by using stem cells that are then transplanted into the patient, or by reprogramming existing brain cells in vivo.

The group has already managed to convert new dopamine-producing neurons in mice and reprogramme human brain cells in a laboratory environment.

“The ERC Advanced Grant gives us a huge opportunity to improve current cell replacement strategies and make them more precise,” says Professor Arenas at the Department of Medical Biochemistry and Biophysics at Karolinska Institutet. “The project can lead to more exact methods involving designing the right cell types for therapeutic intervention from the start.”

The aim of both therapeutic alternatives is developing a one-off treatment for Parkinson’s disease. The ERC Advanced Grant is a five-year grant totalling approximately 2.5 million euro.

“We hope that by five years’ time we’ll have a good understanding of the cell type in question and attained proof-of-concept, where we show that this is possible to do,” says Professor Arenas.

The ERC Advanced Grant is awarded by the European Research Council to established and world-class researchers striving to achieve pioneering breakthroughs of the highest scientific standards. The grant is worth up to 2.5 million euro, divided over five years. Of the 1,881 applicants, 185 were selected, six of whom were from Swedish universities. Fifty-five of the approved grants were in the life-sciences field, three of which went to research groups in Sweden. The most successful country was Germany, with a total of 35 grants.