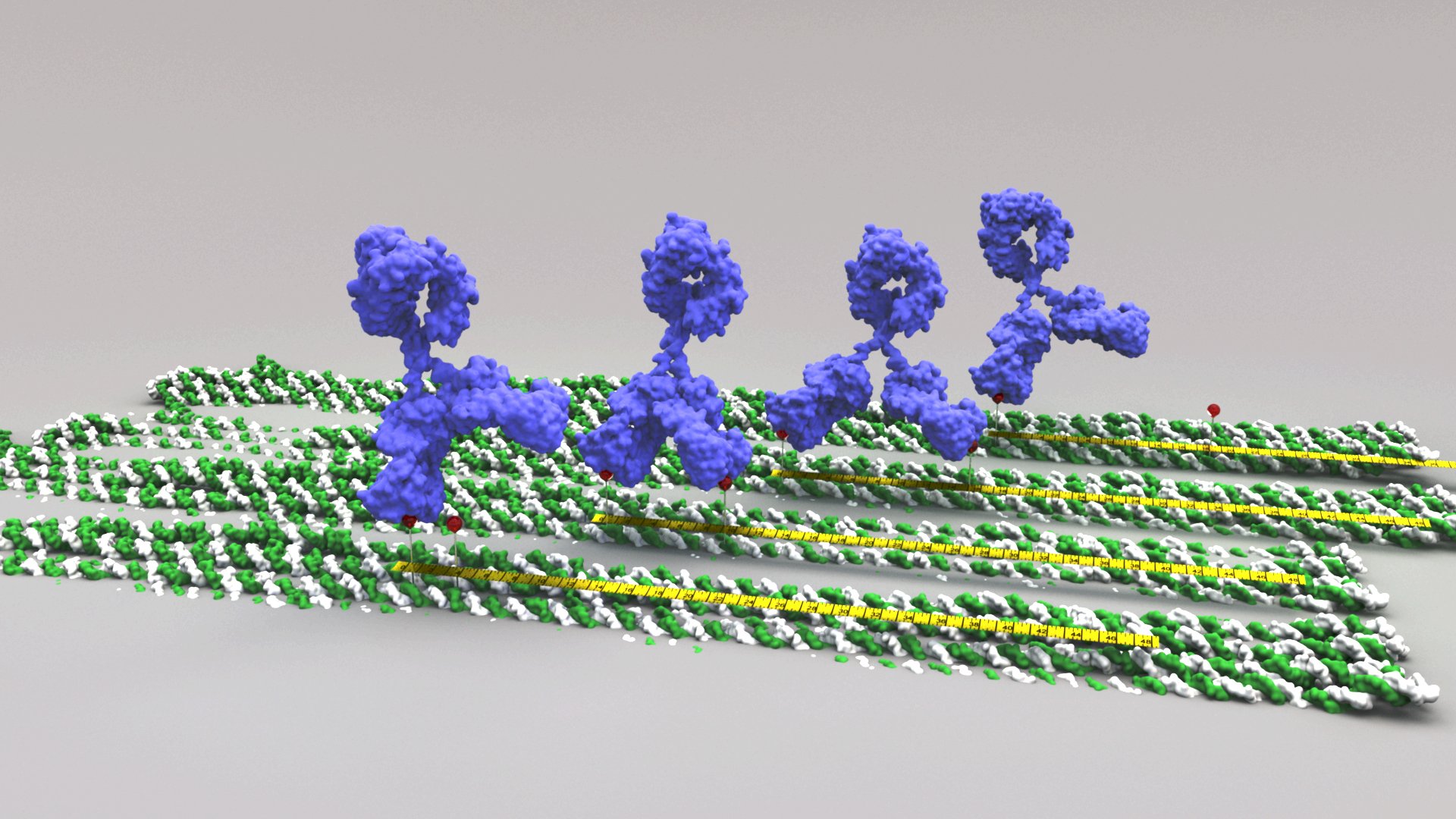 Using DNA origami – DNA-based design of precise nanostructures – scientists at Karolinska Institutet in collaboration with researchers at University of Oslo, have been able to demonstrate the most accurate distance between densely packed antigens in order to get the strongest bond to antibodies in the immune system. The study, which is published in the journal Nature Nanotechnology, may be of significance to the development of vaccines and immunotherapy used in cancer.

Today, many new vaccines make use of something called “particle display”, which means that the antigens are introduced into the body/presented to the immune system in the form of particles with lots of antigens densely packed on the surface. Particle display of antigens works in some cases better as a vaccine than simply providing free antigens and one example is the HPV vaccine, which protects against cervical cancer.

Antibodies, or immunoglobulins, perhaps the most important part of the body's defence against infection, bind antigens very effectively. The antibodies have a Y-shaped structure where each "arm" can bind an antigen. In this way, each antibody molecule can usually bind two antigen molecules.

Were able to accurately measure distances for best binding

In the current study, the researchers examined how closely and how far apart from each other the antigens can be packed without significantly affecting the ability of an antibody to bind both molecules simultaneously.

"We have for the first time been able to accurately measure the distances between antigens that result in the best simultaneous binding of both arms of different antibodies. Distances of approximately 16 nanometres provide the strongest bond”, says Björn Högberg, professor at the Department of Medical Biochemistry and Biophysics, Karolinska Institutet, who led the study.

The study also shows that immunoglobulin M (IgM), the first antibody involved in an infection, is significantly larger reach, that is the ability to bind two antigens, than previously thought. IgM also has a significantly greater reach than the IgG antibodies produced at a later stage of an infection.

The technology the scientists used is based on a relatively new technique known as DNA origami, which has been in use since 2006, that allows precise nanostructures to be designed using DNA. However, it is only in recent years that scientists have learned to use this technique in biological research. The application used in the study is newly developed.

"By putting antigens on these DNA origami structures, we can manufacture surfaces with precise distances between the antigens and then measure how different types of antibodies bind to them. Now we can measure exactly how antibodies interact with several antigens in a manner that was previously impossible”, says Björn Högberg.

The results can be used to better understand the immune response, for example why B lymphocytes, a type of white blood cell, are so effectively activated by particle display vaccines, and to design better antibodies for immunotherapy when treating cancer.

The research has been conducted in close collaboration with the Laboratory of adaptive immunity and homeostasis led by Jan Terje Anderson, at the University of Oslo and Oslo University Hospital.

“We study the relationship between the structure and function of antibodies. Such insight is important when we design the next generation of vaccines and antibodies for tailor-made treatment of serious diseases. We have long been looking for new methods that can help us get detailed insight into how different antibodies bind to the antigens. The collaboration with Björn Högberg has opened completely new doors,” says Jan Terje Andersen.

Film (with subtitles in English)