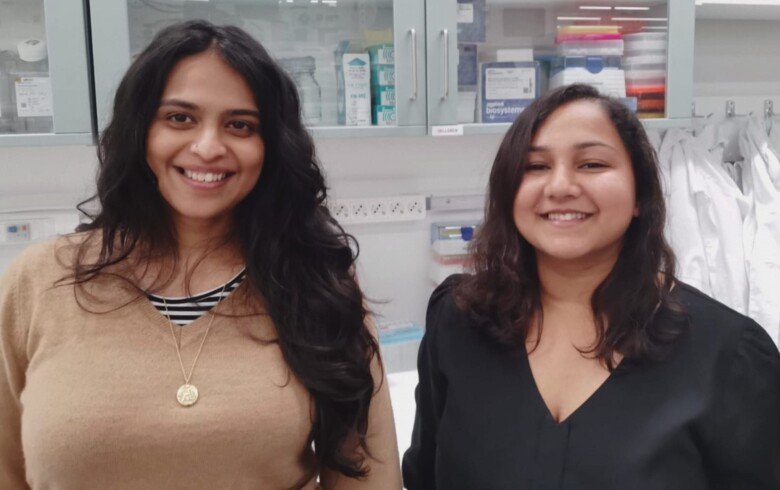 Researchers at Karolinska Institutet have in a new study used cellular reprogramming to create human three-dimensional brain models and infected these models with SARS-CoV-2. In infected models, the brain immune cells excessively eliminated synapses and acquired a gene expression pattern mimicking what has been observed in neurodegenerative disorders. The findings could help to identify new treatments against persistent cognitive symptoms after a Covid-19 infection.

Multiple studies have reported persistent cognitive symptoms after a COVID-19 infection but the underlying mechanisms for this remains unknown. The researchers behind the study, published as an Immediate Communication in the journal Molecular Psychiatry, have from human induced pluripotent stem (iPS) cells created three-dimensional models of the brain in a dish – so-called brain organoids. The model differs from previous organoid models as the researchers also included the brain immune cells – microglia – in the model. In the infected models, microglia excessively engulfed synaptic structures and displayed upregulation of factors involved in phagocytosis. The developed model and the findings in the study could help to guide future efforts to target cognitive symptoms in the aftermath of COVID-19 and other neuroinvasive viral infections.

Cognitive deficits after the infection

"Interestingly, our results to a large extent mimic what has recently been observed in mouse models infected with other neuroinvasive RNA viruses such as the West Nile virus. These viruses are also linked to residual cognitive deficits after the infection, and a persisting activation of microglia leading to an excessive engulfment of synapses, which has been suggested to drive these symptoms. Multiple studies have now also reported remaining cognitive symptoms after a COVID-19 infection, as well as an increased risk of receiving a diagnosis of a disorder characterized by cognitive symptoms," says co-first author of the study Samudyata, postdoctoral fellow in Sellgren lab at the Department of Physiology and Pharmacology at Karolinska Institutet.

Connections to Parkinson's and Alzheimer's disease

Microglia are the resident immune cells of the brain but also carries out important regulatory functions of the neuronal circuitries in the developing and adult brain. One of these crucial functions is to engulf unwanted synapses, a process that is believed to improve and maintain cognitive functions. However, excessive engulfment of synapses has been linked to both neurodevelopmental disorders, such as  schizophrenia, as well as to neurodegenerative disorders including Alzheimer’s disease.

By sequencing genes in single cells, the authors could also study how different cell types in the model responded to the virus.

"Microglia displayed a distinct gene signature largely characterized by an upregulation of interferon-responsive genes, and included pathways previously linked to neurodegenerative disorders such as Parkinson’s and Alzheimer’s disease. This signature was also observed at a later time-point when the virus load was minimal," says co-author of the study Susmita Malwade, doctoral student in Sellgren lab at the Department of Physiology and Pharmacology at Karolinska Institutet.

The researchers will now study how different pharmacological approaches can reverse the observed changes in the infected models.

The study was primarily funded by the Marianne and Marcus Wallenberg Foundation, One Mind Foundation/Kaiser Permanente, Hjärnfonden, and the Swedish Research Council.