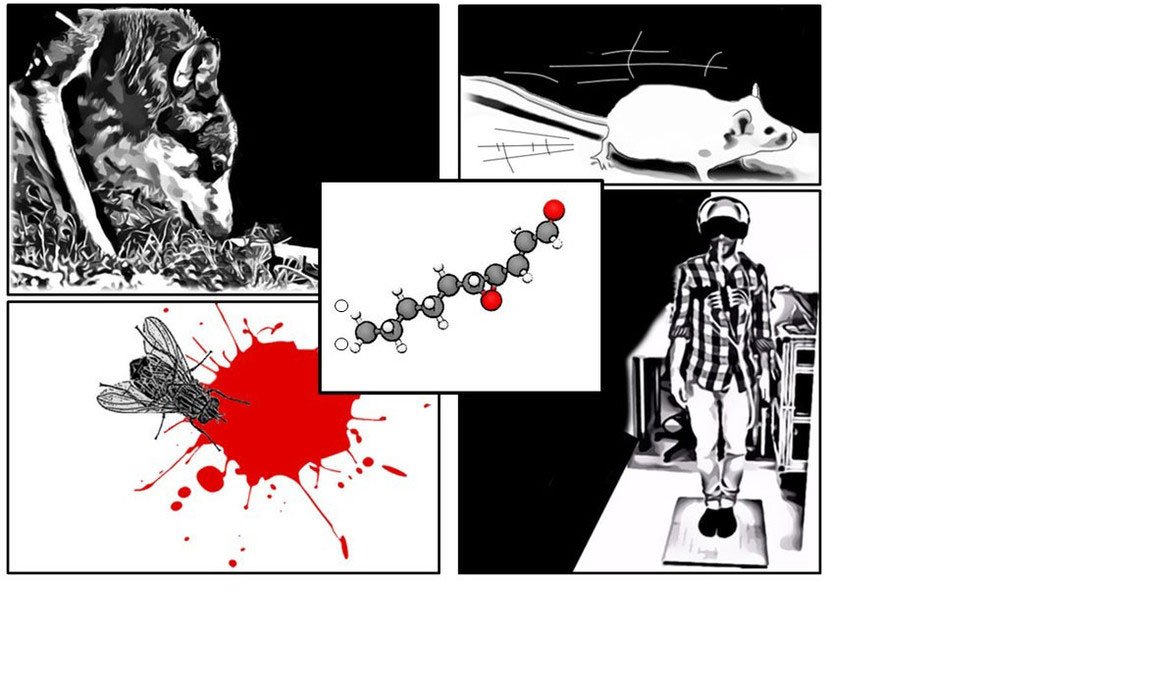 Researchers at Karolinska Institutet have identified an evolutionarily preserved scent molecule in mammalian blood that attracts predators and repels prey. In the study, published in Scientific Reports, they also report that humans exposed to the smell become stressed and react to it as if they were prey.

Most animals use their sense of smell to find partners, hunt for food and detect danger. These natural smells, or chemical signals, normally comprise hundreds of scent molecules, which are often species-specific. The smell of blood, on the other hand, is different, as it is important to a large number of animal species, predators and prey alike. Scientists therefore think that the smell of blood might originate in a single, evolutionarily preserved “food and warning molecule”. Researchers at Karolinska Institutet now report that they might have identified this molecule in trans-4,5-epoxy-(E)-2-decenal, or E2D for short.

“We’ve been working closely with Professor Matthias Laska at Linköping University, who isolated the molecule from porcine blood and first discovered that predators were attracted by the scent of E2D,” says Associate Professor Johan Lundström at Karolinska Institutet’s Department of Clinical Neuroscience. “Together we tested the scent molecule on blood-sucking flies, wolves, mice and humans, so it was a truly interdisciplinary project.”

Humans perceived the smell as a threat

In human participants, the researchers exposed individuals to a wide range of smells, including E2D, while measuring their movements. When the participants detected the smell of E2D they recoiled as if to avoid it, even though it was not perceived as unpleasant. Their hands also perspired more. The participants were also asked to locate images of faces that could be perceived as emotional on a computer screen as quickly as they could. When exposed to E2D, their ability to do this improved. Previous studies have shown that this ability is augmented in threatening situations, suggesting that people unconsciously perceive the smell of blood as a threat.

“E2D seems to activate our entire general defence system,” explains lead author Dr Artin Arshamian, postdoctoral researcher in Dr Lundström’s group. “Our findings concur with paleontological data showing that our earliest relatives, the early primates, were almost certainly insectivores and were primarily the prey of other animals. Modern humans are without doubt predators, but we probably evolved from a prey species, and some aspects of this characteristic remain.”

Next, the researchers intend to study the brain mechanisms behind the observed behaviours and whether E2D, and thus the smell of blood, can affect even more complex behaviours such as decision-making.

Could play a role in certain occupations

“This would be extremely important for people who have to take difficult decisions in their daily jobs while exposed to the smell of blood, such as trauma surgeons and nurses,” says Dr Lundström. “Blood is essential to all life so maybe it’s not so strange that it can affect us so powerfully.”

The study was financed by the Knut and Alice Wallenberg Foundation, the Swedish Research Council, the Netherlands Organisation for Scientific Research (NWO) and the Swedish Foundation for Humanities and Social Sciences. None of the authors have reported any conflicts of interest.