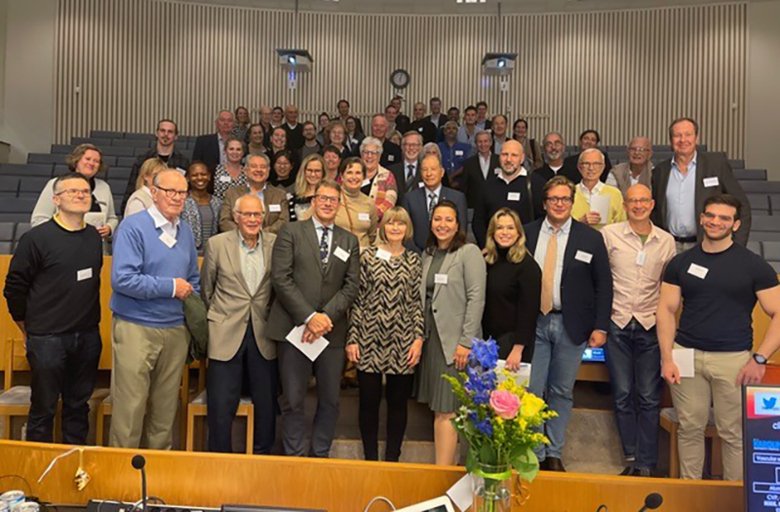 The Vascular Surgery Group celebrated it’s 50 years anniversary in late October last year. The exact birthday of the lab is difficult to set. Nevertheless, it was not difficult to select 1972 as an appropriate starting point when Siw Frebelius joined Jesper Swedenborg and they together initiated the foundation of a research group which has survived throughout 50 years. 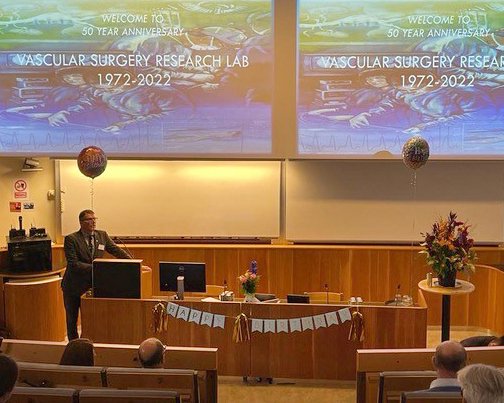 Together, Jesper and Siw directed the research to exploration of the mechanism behind vessel wall thrombogenicity utilizing several innovative translational research models furnished in a strong network of contemporary world class coagulation researchers at the Karolinska University Hospital. During these years, the group experienced powerful interaction with resources and excellent competence at the Experimental Surgery Laboratory on the top floor of the Thoracic building of the hospital, which led to several innovations.

In the 1990’s, the laboratory added vascular cell biology to its activities and embarked on research focused on stenosis after interventions, endothelialization of vascular grafts material and with more attention to mechanistic studies on vessel wall pathology utilizing both animal models and studies on human material.

Increased demands for clinical space later forced the lab to relocate and in 1997, as the department was integrated with the surgery research, a move to the Magnus Huss building took place. While clinical research continued alongside the research of the lab, it was likely inspired by its academic and creative mindset and probably a major influence behind the application of novel innovations to patient care, such as the introduction of endovascular repair of aortic aneurysms where the clinic in 1994 was one of the first units to implement the technology in Sweden.

In a similar effort, networking with prestigious and more basic science-oriented research groups at the Center for Molecular Medicine (CMM) also led to the application of the lab’s competence and resources into explorations of the mechanism behind carotid plaque instability and stroke. Given the obvious collection strength assembled through the collaborations with basic science cardiovascular groups at CMM, the decision to move to that building was an easy one, which took place in 2007. At CMM, the interest in more advanced exploration of molecular disease mechanisms escalated, largely inspired by the powerful environment with collective resources and world-class competence.

In 2018 a relocation of the lab to the BioClinicum building took place. Research focus remain as before but with even more models and projects escalating. The assembled and recognized competence in vessel wall pathology has been established in a histological core facility, Histo-Core, to service our and other groups but where also novel morphological methods for vascular tissue are continuously being developed.

The group regularly hosts students for individual projects, manage PhD and Master courses, and maintain a consider­able turn-over of PhD students and post-docs. We still cherish the pleasure of working in a productive and resourceful environment of cardiovascular research group, likely in the collaborative manner as in the start of 6th floor of the Thoracic building 50 years ago. In the same spirit, we stay as convinced that the research we are doing will continue to make a difference for our patients and we remain energized by the joy of working together, share success and failure, interact with other peers, both close and distant, and simply having fun at work, without doubt in the same way as 50 years ago.