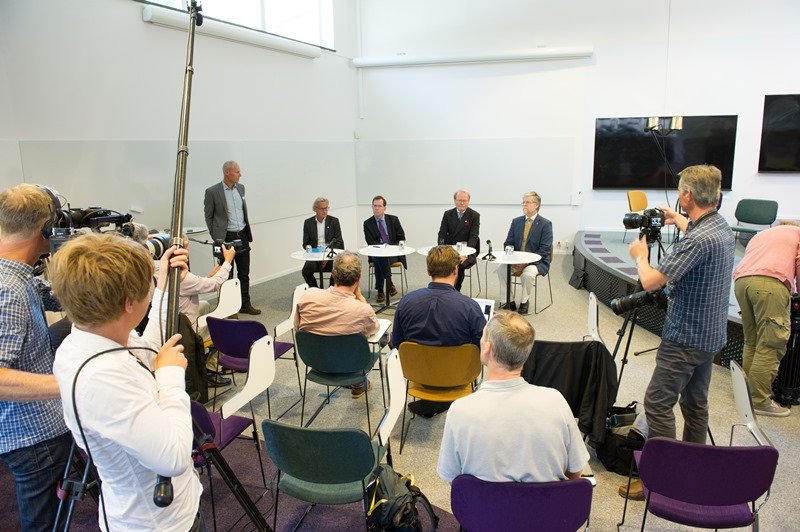 After a detailed and lengthy investigation, the Vice-Chancellor of Karolinska Institutet has pronounced his decision on a high-profile case of claimed scientific misconduct. Vice-Chancellor Anders Hamsten has concluded that while on some points Visiting Professor Paolo Macchiarini did act without due care, it does not qualify as scientific misconduct.

The complaints against Professor Macchiarini were lodged by four physicians at Karolinska University Hospital who were themselves part of the research environment and, in some cases, co-authors of the articles that were reported for scientific misconduct. The complaints were submitted in June, August and September 2014, prompting an inquiry by Karolinska Institutet’s Vice-Chancellor in accordance with the provisions of the Higher Education Ordinance and the university’s own rules for dealing with cases of alleged scientific misconduct.

The six other papers describe transplantations of a synthetic tracheal prosthesis in humans, namely three patients with tracheal diseases who were beyond the help of conventional surgery and who were given synthetic trachea coated with their own bone-marrow derived stem cells at Karolinska University Hospital.

Here, the complainants pointed out that the results concerning the patients’ clinical progress as expressed in the papers did not match the patients’ medical records as kept at Karolinska University Hospital, and that there was no evidence that a synthetic tracheal transplant can develop into a functional airway. They also questioned the claim that the first patient had suffered a relapse of his tracheal cancer and that surgery was therefore necessary.

A statement of opinion was requested

As part of the inquiry, a statement of opinion was requested from Professor emeritus Bengt Gerdin, who, on examining the documents and information included in the complaint, Professor Macchiarini’s initial response and the medical records from Karolinska University Hospital, submitted his conclusion in mid-May that the accused was indeed guilty of scientific misconduct. Following the detailed report submitted by Professor Gerdin, Professor Macchiarini and his co-authors submitted over 1,000 pages of comments and documents, including medical records from the first patient’s doctors in Iceland, showing that on the crucial points, the description of his condition given in the articles is correct.

“Bengt Gerdin’s examination was extremely valuable for the inquiry, but the documents to which he had access lacked significant data on the pre- and postoperative status of two of the patients,” says Professor Hamsten. “The comments sent in by Professor Macchiarini and his co-authors have had a significant influence on how the case has been assessed. Now that we have all the relevant material on hand, we have a much clearer picture of what happened.”

In their complaint, the four physicians also criticised Professor Macchiarini for not having obtained a permit from the regional Ethical Review Board and the Swedish Medical Products Agency before the operation. However, Karolinska Institutet did not examine this issue in its inquiry since the Swedish Research Council’s definition of scientific misconduct does not cover breaches of the Ethical Review Act and the Medicinal Products Act.

At the same time, Karolinska Institutet concluded that a decision to perform the three operations was taken by the hospital.

“Karolinska University Hospital made the decision to operate following a transparent process and in what it saw as the absence of alternative therapeutic solutions,” says Professor Hamsten. “These decisions did not address research aspects.”

The inquiry shows that the interaction between Karolinska Institutet and Karolinska University Hospital has not functioned satisfactorily, and the Vice-Chancellor’s decision promises improvements to procedures, regulations and support structures for clinical trials and clinical therapy research. The line between clinical application and research when it comes to experimental therapy will need to be better defined, and clearer guidelines for academic research and academic healthcare will be drafted.

Professor Macchiarini has also been instructed to submit errata to the journals that published some of the scientific papers to clarify and rectify the failings that the inquiry has brought to light.

“Some aspects of Paolo Macchiarini’s research do not meet our high quality standards,” says Professor Hamsten. “We will now be remedying the deficiencies our inquiry uncovered with him, the heads of his department and representatives from Karolinska University Hospital.”