By the time type 1 diabetes is diagnosed, most of the insulin-producing beta cells have already been destroyed. Now, using an innovative transplantation technique, researchers at Karolinska Institutet and University of Miami Miller School of Medicine have been able to intervene to save the beta cells in mice by discovering early signs of the disease. The study is published in Diabetologia, the scientific journal of the European Association for the Study of Diabetes (EASD). 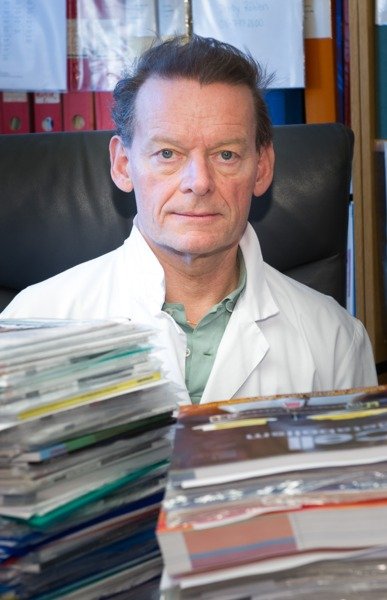 Type 1 diabetes is caused when the insulin-producing beta cells in the endocrinal part of the pancreas – the islets of Langerhans – are destroyed by an autoimmune attack. There are currently no drugs to prevent the disease developing.

Understanding the mechanisms that give rise to type 1 diabetes is essential to the development of drugs able to prevent damage to the beta cells. One major hurdle is that the disease is often discovered too late, when the beta cells are already destroyed. Scientists therefore need to find a robust diagnostic method that involves identifying early autoimmune markers.

Transplanted to the eye

The present study shows that the islets of Langerhans transplanted to the anterior chamber of the eye can be important reporters of autoimmunity and the development of type 1 diabetes. By studying transplanted islets of Langerhans in a mouse model with type 1 diabetes, the researchers found that the islets showed signs of inflammation long before other indicators of the disease appeared.

“This information is important as it means that treatment can be given before the insulin-producing cells have been destroyed in the autoimmune attack, which is imperative if patients are to retain their ability to secrete insulin,” says study leader Per-Olof Berggren, Professor at the Department of Molecular Medicine and Surgery and the Rolf Luft Research Center for Diabetes and Endocrinology at Karolinska Institutet in Sweden and Visiting Professor at the Diabetes Research Institute, University of Miami Miller School of Medicine (USA), who developed the transplantation technique.

Managed to retard the attack

On monitoring the graft in real time before and after the development of type 1 diabetes, Professor Berggren and his colleague Dr Midhat Abdulreda at the Diabetes Research Institute, University of Miami Miller School of Medicine, found that the transplanted islets were attacked by the immune system in a way similar to those in the liver during type 1 diabetes.

The infiltration of immune cells took place concurrently with the signs of autoimmunity, namely inflammation in the islets and later hyperglycaemia. Guided by these early symptoms of an autoimmune reaction, the researchers were able to retard the attack on the islets with both systemic and local immunosuppression.

“Our study demonstrates the possibility of using eye-transplanted islets of  Langerhans as a tool for improving the development of new drugs and, in combination with the local administration of immunosuppressive drugs, as a new clinical transplantation strategy for patients with type 1 diabetes,” says Professor Berggren.

Per-Olof Berggren is co-founder and MD of Biocrine, an unlisted biotech company that is using the approach of cell transplant in the anterior chamber of the eye as a research tool. Midhat Abdulreda is a consultant for the same company.