Last week Reza Rasti obtained his doctoral degree after successfully defending his thesis titled ‘Point-of-care diagnostics of childhood central nervous system infections, with a focus on usability in low-resource settings'. The defence took place in lecture hall David in the Widerströmska building and joining via zoom from Uganda was his opponent Philippa Musoke, Professor at Makerere University.

In low-income countries, infectious diseases including those of the central nervous system (CNS), are the leading causes of death for children under five. Eighty percent of all under-five deaths occur in sub-Saharan Africa and central- and southern Asia, where 50 % of the world’s under-five population live. In these settings, the main causes of childhood death are mostly preventable infectious diseases. Concurrently, these highly burdened settings are also those with the least accessibility to laboratory diagnostics of infections, while often having high availability of antibiotics. Hence, there is a diagnostic inequity that sustains the high burden of infectious diseases in paediatric populations of such settings, which in turn permits the overuse of antibiotics for non-bacterial infection. This creates a vicious circle with antimicrobial resistance which in turn also sustains the burden of childhood infections and death.

As the example of malaria point-of-care tests (POCTs) have shown, their availability and use in endemic settings have decreased the overuse of antimalarial drugs for non-malarial fever. Yet, the lack of POCTs (or alternative diagnostic means) for other causes of fever has lead to an increase in antibiotic prescription to children whose malaria POCTs are negative.

As Reza writes in his thesis “this practice could be likened to catching fish with dynamite: You might get the fish you seek, but by killing more fish than what you can eat, and polluting the lake in the process”, as the overuse of antibiotics is causing the alarming threat of bacteria resistance to antibiotics.

CNS infections are potentially life threatening if not diagnosed and treated early. However, it is difficult to detect and accurately diagnose, especially for children, in whom symptoms can be vague and unspecific.
To properly treat CNS infection a sample of cerebrospinal fluid is taken from the lower back, for laboratory analysis. The process of collecting spinal fluid itself is not particularly complicated, but the means to have it analysed in a lab is often limited or non-existing in low-resource settings. Thus, in his thesis Reza has investigated the use of point-of-care tests for CNS infections. The thesis covered both qualitative and quantitative research as well as technical laboratory experiments to provide clinical and contextual guidance to developers of POCTs for CNS infection and to provide guidance to policymakers on how to improve the implementation of POCT services. 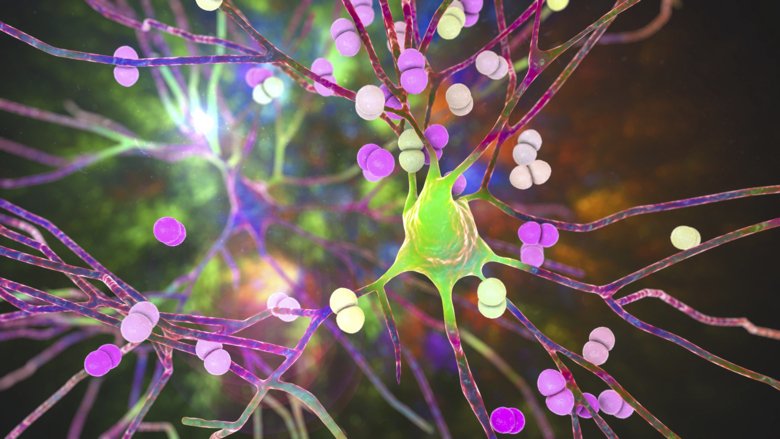 Your work is a great example of global research, as you have been working in two very different settings, Uganda and Sweden. Can you tell us about the research you have done in these settings?

"We wanted to adapt a new technology developed by Science for Life Laboratory in Stockholm towards becoming a method for cerebrospinal fluid microbiology analysis with clinical usability in low-resource settings, and preferably as a POCT. To find out what was needed for it to be clinically usable in such settings, we engaged health professionals from three levels of the health system in Mbarara, southwestern Uganda, in qualitative focus group discussions. We found that various POCTs were being routinely used there, sometimes as the only means for analyses of patient samples. POCTs were credited for bridging some of the diagnostic gap locally and facilitating patient management and clinical decision making and drug prescriptions. Yet, we also found testimonies of deficient implementation of the use of POCTs, inhibiting their potential", says Reza Rasti.

"The findings from Mbarara made us curious to know how POCT use was being perceived by health professionals in a high-income country. So, we conducted a similarly designed study at a paediatric hospital in Stockholm, which was also my clinical workplace at the time. Despite this hospital’s high accessibility to quality laboratory analyses, POCTs were being routinely used, with the same appreciations given as in Mbarara. Here, POCTs were not so much credited for filling a diagnostic gap, but rather to add social values in the clinical work. In all, there were more similarities than differences found between the two study settings, despite their otherwise vastly different conditions. One major similarity was that both places showed deficient implementation of POCT services, concluding that such is not necessarily a matter of available resources, but rather a matter of insufficient attention given by stakeholders.

From the Mbarara study and field visits together with the engineers at Science for Life Laboratory we could bring contextual insights to the developing bench, increasing the contextual fitness of the technology being developed.

In the second study included in my thesis, we demonstrated the technology, that in short is a microarray printed on paper, to be able to detect one of the main bacterial aetiologies of childhood CNS infection.

During the course of my doctoral studies, a new instrument was being marketed by a French-American company as a rapid and user-friendly device for cerebrospinal microbiology analysis. As the device had characteristics that on paper could be valuable also in low-resource settings, we wanted to study its use in such a setting. Hence, in study 4 we brought it to Mbarara and had it used for diagnostics of childhood CNS infection, focusing on its clinical value. We found it to have a superior turnaround time and bacterial yield than the conventional method available (bacterial culture), especially where near 90 % of patients had received antibiotics before cerebrospinal fluid had been sampled. We also found its use to allow for earlier discharge and shortened antibiotic treatment of patients in whom it had ruled out CNS infection. Yet, we could not see any significant difference in patient outcome attributed to its use. Also, its ability to detect microorganisms did not include some of pathogens that previous studies in Mbarara had shown to cause childhood CNS infection locally. This, together with its very high price tag made us question the feasibility of its use in low-resource settings.

So, there still is a need for new more contextually fit methods for CNS infection microbiology in low-resource settings".

How has your experience been as a doctoral student at KI?

"It has been some tough years! As I am also a paediatrician with substantial clinical work, it has been especially challenging to combine it with my doctoral studies. Perhaps this required of me to become more independent at an earlier stage, at the expense of a more “conventional” KI experience. At the same time, I think the combining of my clinical and academic work allowed me to cherry-pick the best of what KI and my clinical workplaces had to offer, to meet my needs."

Now that you have defended your thesis, what are your upcoming plans?

"For the moment, I have more time and energy to spend on my clinical work, my family and my social life. Yet, there is some work left that I want to follow through from my previous research activities. Yet, I am constantly thinking about how to engage in, or perhaps even create new research fields that combines my clinical experience as a paediatric rheumatologist with global health and point-of-care testing."

Abstract and compilation of papers

Presentation from the defense