Research building Neo will officially open in May 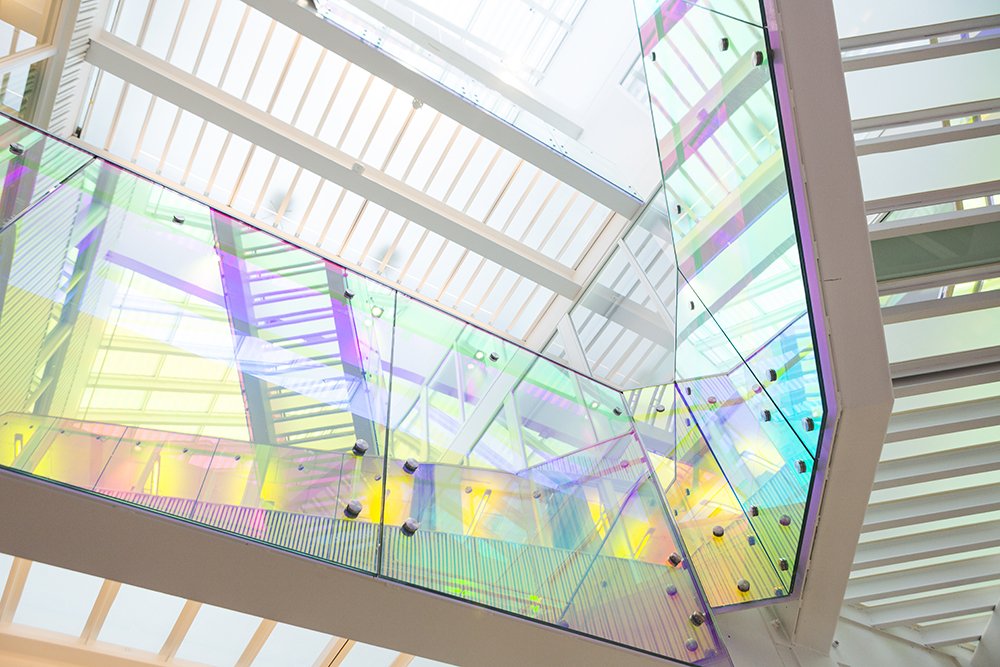 On 24 May, the new research building Neo will officially open on KI’s Campus Flemingsberg. However, researchers are already able to move in.

“It feels wonderful! The potential here is enormous,” says Eva Hellström-Lindberg, professor of haematology and head of the newly relocated Center for Hematology and Regenerative Medicine (HERM).

Located just across the road from the main entrance to Karolinska University Hospital in Huddinge, beside Novum, is Karolinska Institutet’s new research building, Neo.

The officially opening will take place on 24 May, although almost all researchers have already moved into the building, among them researchers from the Center for Haematology and Regenerative Medicine (HERM), a unit of the Department of Medicine, Huddinge.

“Until now, we have been somewhat isolated in terms of location. This move may lead to new collaborations and a more dynamic environment. It’s also a beautiful building; It inspires happiness whenever I enter,” says Eva Hellström-Lindberg.

Lennart Nilsson, professor of molecular modelling and deputy head of the Department of Biosciences and Nutrition, confirms the location of Neo’s laboratories at the centre of the building offers an invitation to spontaneous meetings and creates significantly increased proximity. “Everything is turned inwards towards the centre, so we see each other across the light garden,” he explains.

In addition, research group leaders are gathered at the gable ends of each floor. The background to this is that previous staff surveys have shown that this group feels isolated and lacking in a sense of community. as Lennart Nilsson explains:

“We have now placed group leaders together, further from their research groups but closer to one another. The idea is to attempt to create more lines of contact there as well,” he says.

Collaboration and flexibility have been watchwords in planning the building. The facility has a common staff canteen and meeting rooms. In principle, the facilities belong to everyone – no department has preferential rights to any part of the building. The intention is that it should also be relatively easy to alter the nature of the various laboratory facilities.

According to Lennart Nilsson, the challenge now is to encourage research groups to come together in a beneficial manner. A joint retreat was held at the end of last year and efforts are now underway to arrange joint seminar activities.

“We also hope that, now we are in such close proximity, researchers will begin to attend one another’s seminars. Then, we need to attract greater numbers of skilled researchers. We have the building and now it’s up to us and our organisation to ensure that this is an attractive place to come,” says Lennart.

For HERM, the relocation means an expansion phase and, even if the increased rent presents a temporary challenge, Eva Hellström-Lindberg is optimistic about the future.

“Spaces are efficiently planned and, looking only a few years forward in time, the relocation will eventually offer us better value for money. In the end, renewal is inevitable, and it is important to KI in the long term that we have functional environments,” she says.

KI moves into the future's research and education environments