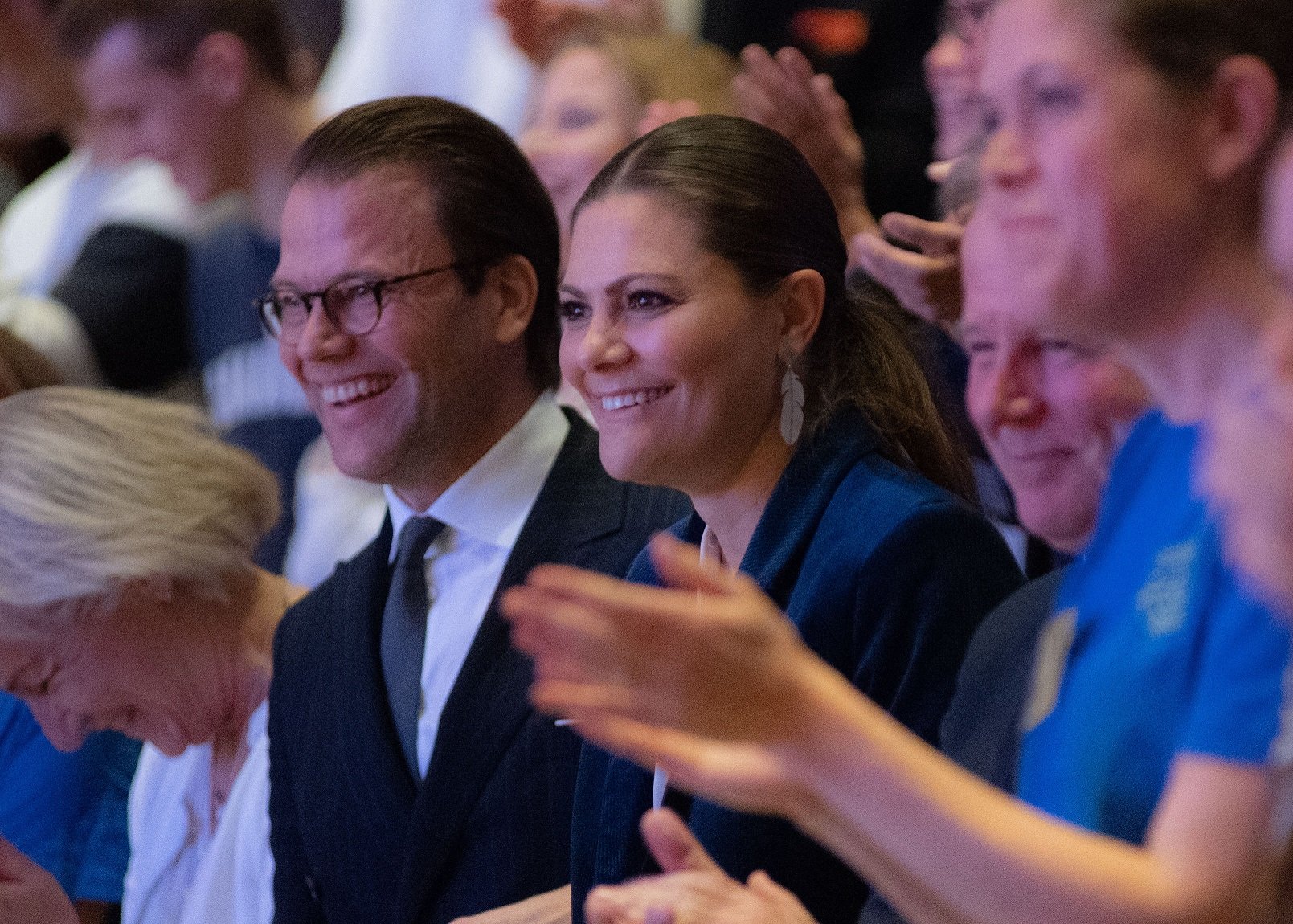 Inequality in children’s and young people’s health was in focus for the Pep Forum seminar, which was held at Karolinska Institute on 24 October. The day – which included research results and inspiring examples, as well as dancing – was organised by Generation Pep, an organisation founded by the Crown Princess and Prince. They participated together with Mai-Lis Hellénius and Marie Löf of Karolinska Institute, among others.

We adults must ensure that all children have the opportunity to experience the pleasure of movement and to lay the foundation for a healthy and active life. So said Crown Princess Victoria when she opened the Pep Forum seminar, which was held in a packed Aula Medica yesterday.

“The opportunity must be there, regardless of where you grow up and regardless of economic, social or physical conditions. It therefore feels important that we are able to meet here today to learn more and to be inspired by good, concrete examples of efforts for the health of children and young people,” Crown Princess Victoria continued.

She was introduced by the day’s moderators – host David Hellenius and Carolina Klüft, former sports star and now project manager at Generation Pep.

Motivating children and young people to get moving

Pep Forum was organised by Generation Pep, an organisation founded by the Crown Princess and Prince in 2016. The aim is to give all children and young people the motivation and conditions to live an active and healthy life, and the idea is that to succeed, all parts of society must be included in the work - from local enthusiasts and movers to politicians and the powers that be.

The purpose of the Pep Forum seminar day is to inform, inspire and get people together. This year, the focus for the day was inequality in children’s and young people’s health.

The day’s first speaker, professor Mai-Lis Hellénius of the Department of Medicine in Solna, described the general health position of children and adults in Sweden. Among other things, she noted that cardiovascular disease - a major public health problem - is decreasing overall, but not among the young.

“Among 35 to 44 year-olds, cases of stroke are increasing, and there is a difference between those with a short or long education,” says Mai-Lis Hellénius.

Swedes are the most unhealthy

Mai-Lis Hellenius explained that according to the latest Nordic survey of living habits, Swedes have the unhealthiest food habits and Swedish children are the most physically inactive.

We now know that sitting increases the risk of ill health among adults, and that is still true even if we exercise three times a week between long periods of sitting every day. According to many studies, children too risk illnesses such as cardiovascular disease if they spend long periods sitting.

But Mai-Lis Hellénius also said there was good news and referred to last spring’s international research compilation on physical activity and health.

“We have very much underestimated the significance of a little movement - every day. Every step counts,” says Mai-Lis Hellenius.

Project identifies risks for the heart and lungs

Göran Bergström, professor at the University of Gothenburg, explained about the SCAPIS research project, which is to collect information about the heart and lung status of 30,000 randomly selected people aged 50 to 64. The idea is to follow these people over the course of time so as to be able to identify the risk of diseases such as stroke, COPD and heart attack and learn more about the incidence of the diseases.

The project has recently recruited all the participants and Göran Bergström presented the first results of the nationwide surveys to Pep Forum.

The risk factors are much higher in the more vulnerable areas, compared to the socio-economically strong areas,” said Göran Bergström.

Marie Löf, a researcher at the Department of Biosciences and Nutrition at Karolinska Institute, described an ongoing national survey of food and physical activity habits among children aged 4 to 17. The survey is an initiative from Generation Pep and is a collaboration between Karolinska Institute and the SOM Institute at the University of Gothenburg.

“The advantage is partly that we are covering the entire age range from pre-school children to lower secondary pupils and partly that we plan to prepare the questions in such a way that we can see trends over time. We have no results yet, but the response rate is looking good in terms of quality,” she says.

The day concluded with some inspiring examples from individuals, companies and organisations. Among other things, the “Activity Prevents” project in Ängelholm was presented. In this, school children have a mandatory extra period each week on sport and health, which is organised as a club. Vulnerable children are given extra opportunities to take part in club activities.