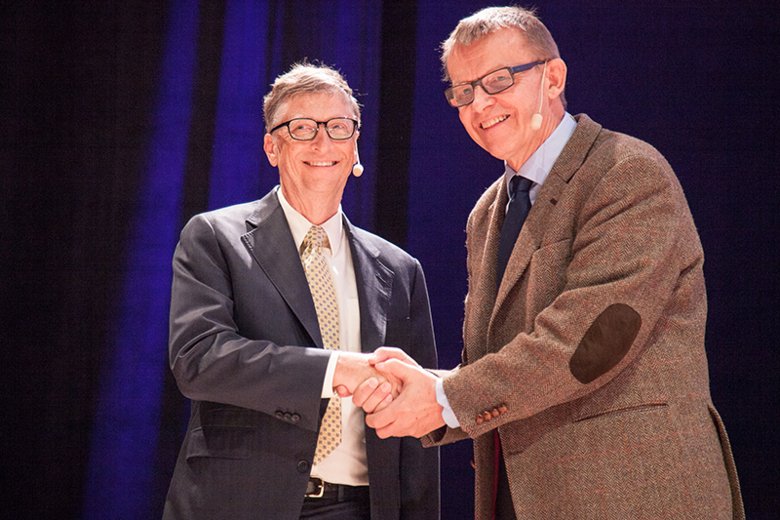 University of Washington in Seattle, USA, has decided a building under construction will be named after the late Karolinska Institutet-professor Hans Rosling. The center is mainly financed by the Bill and Melinda Gates foundation, and is expected to be finished in 2020.

In 2016, the UW launched its Population Health Initiative, an interdisciplinary effort across the university to bring understanding and solutions to the biggest health challenges facing communities in the Pacific Northwest, the U.S. and around the world.

Hans Rosling, who passed away in 2017, was a professor in international health at Karolinska Institutet. His international breakthrough came in 2006 with a TED Talk titled ”The best statistics you´ve never seen”, that has been shown more than 14 million times. He started the Gapminder foundation together with his son Ola Rosling and daugther-in-law Anna Rosling Rönnlund. His posthumously published book "Factfulness: Ten Reasons We're Wrong About the World — and Why Things Are Better Than You Think" is given to all graduating high school students in the USA as a gift from the Melinda and Bill Gates foundation.

The Hans Rosling Center for Population Health was made possible by a $210 million gift from the Bill & Melinda Gates Foundation in October 2016 and $15 million in earmarked funding from the Washington Legislature, as well as funding from the university. The Gates family proposed naming the building after Rosling in honor of his rigorous analysis of the true state of the world and passion for improving heath, which spurred a decades-long friendship with the physician and his family.

“With powerful data and beautiful charts, Hans taught the world that humanity was getting better,“ said Bill Gates, co-chair of the Gates Foundation. He shone a spotlight on how far the world had come in taking care of its poorest. Hans is among the greatest influences in how I think — and talk — about our foundation's work today.

Bill Gates and his wife Melinda Gates were named honorary Doctor of Medicine at Karolinska Institutet 2008. The couple received the honorary doctorate for their global public health work through the Bill and Melinda Gates Foundation.

The new Hans Rosling Center for Population Health will become home to the Department of Global Health, the Institute for Health Metrics and Evaluation, portions of the School of Public Health, and the UW's Population Health Initiative. The building is also designed to be a central hub for colleges, departments, centers, researchers and students from across the university, as well as external partners, to identify and work together on projects related to population health.

The news article at University of Washington i Seattle, USA