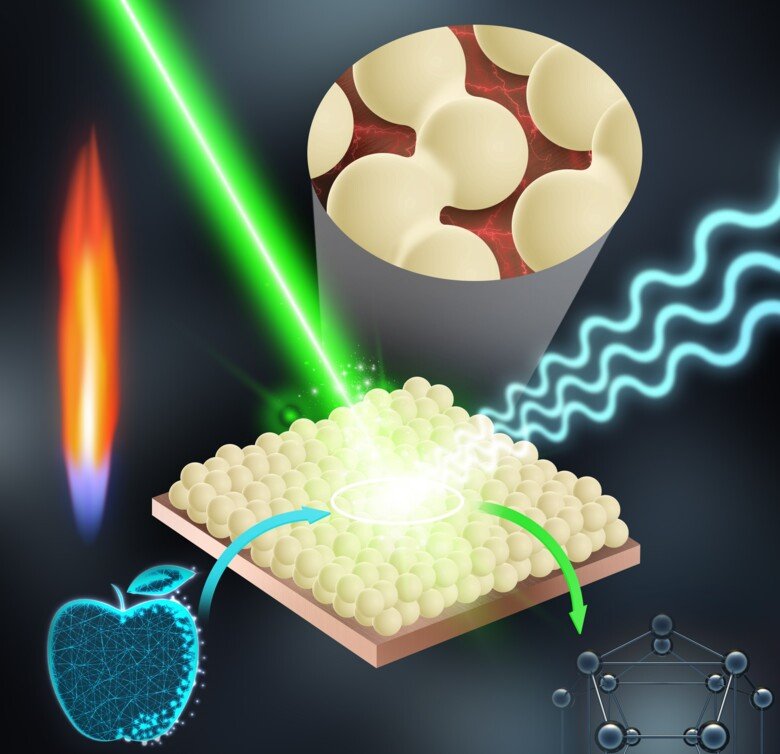 Caption:
Flame nanoparticle deposition was used to produce robust nano-sensors that can detect pesticide residues on apple surfaces within minutes. Artwork by Haipeng Li and Georgios A Sotiriou.

Researchers at Karolinska Institutet in Sweden have developed a tiny sensor for detecting pesticides on fruit in just a few minutes. The technique, described as a proof-of-concept in a paper in the journal Advanced Science, uses flame-sprayed nanoparticles made from silver to increase the signal of chemicals. While still at an early stage, the researchers hope these nano-sensors could help uncover food pesticides before consumption. 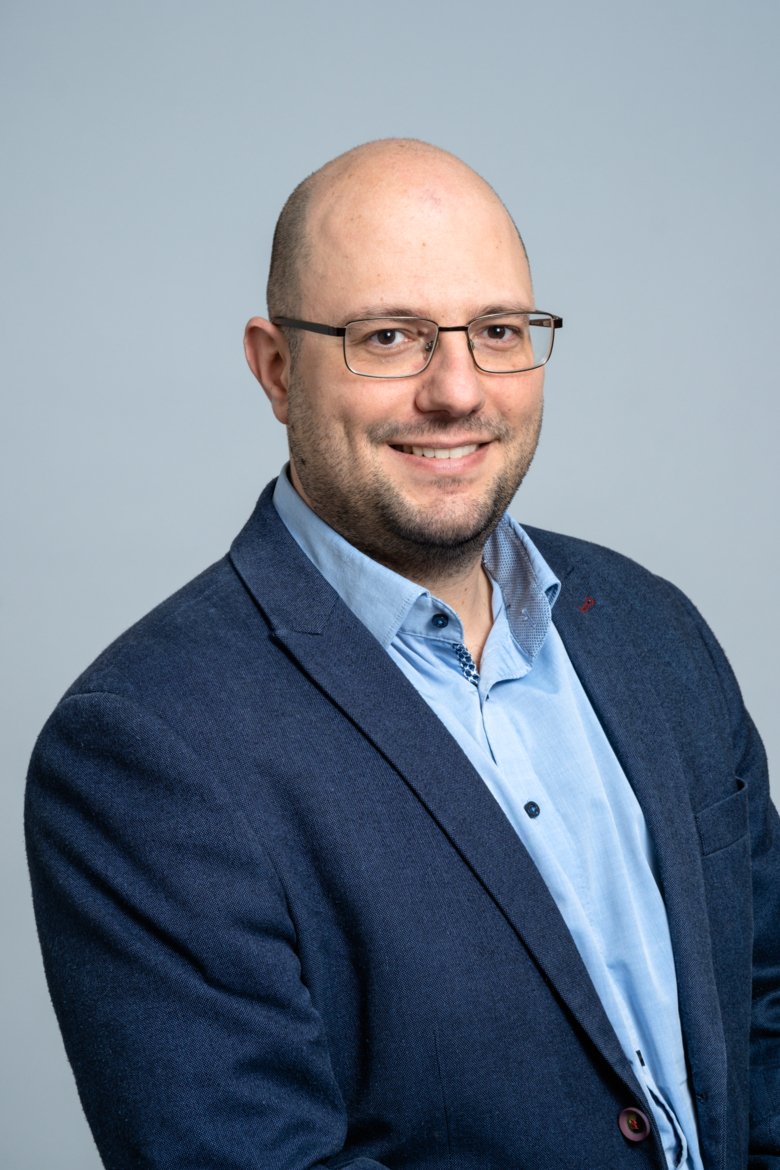 “Reports show that up to half of all fruits sold in the EU contain pesticide residues that in larger quantities have been linked to human health problems,” says Georgios Sotiriou, principal researcher at the Department of Microbiology, Tumor and Cell Biology, Karolinska Institutet, and the study’s corresponding author. “However, current techniques for detecting pesticides on single products before consumption are restricted in practice by the high cost and cumbersome manufacturing of its sensors. To overcome this, we developed inexpensive and reproducible nano-sensors that could be used to monitor traces of fruit pesticides at, for example, the store.”

The new nano-sensors employ a 1970s discovery known as surface-enhanced Raman scattering, or SERS, a powerful sensing technique that can increase the diagnostic signals of biomolecules on metal surfaces by more than 1 million times. The technology has been used in several research fields, including chemical and environmental analysis as well as to detect biomarkers for various diseases. However, high production costs and limited batch-to-batch reproducibility have so far hindered widespread application in food safety diagnostics.

In the current study, the researchers created a SERS nano-sensor by using flame spray – a well-established and cost-effective technique for depositing metallic coating – to deliver small droplets of silver nanoparticles onto a glass surface. 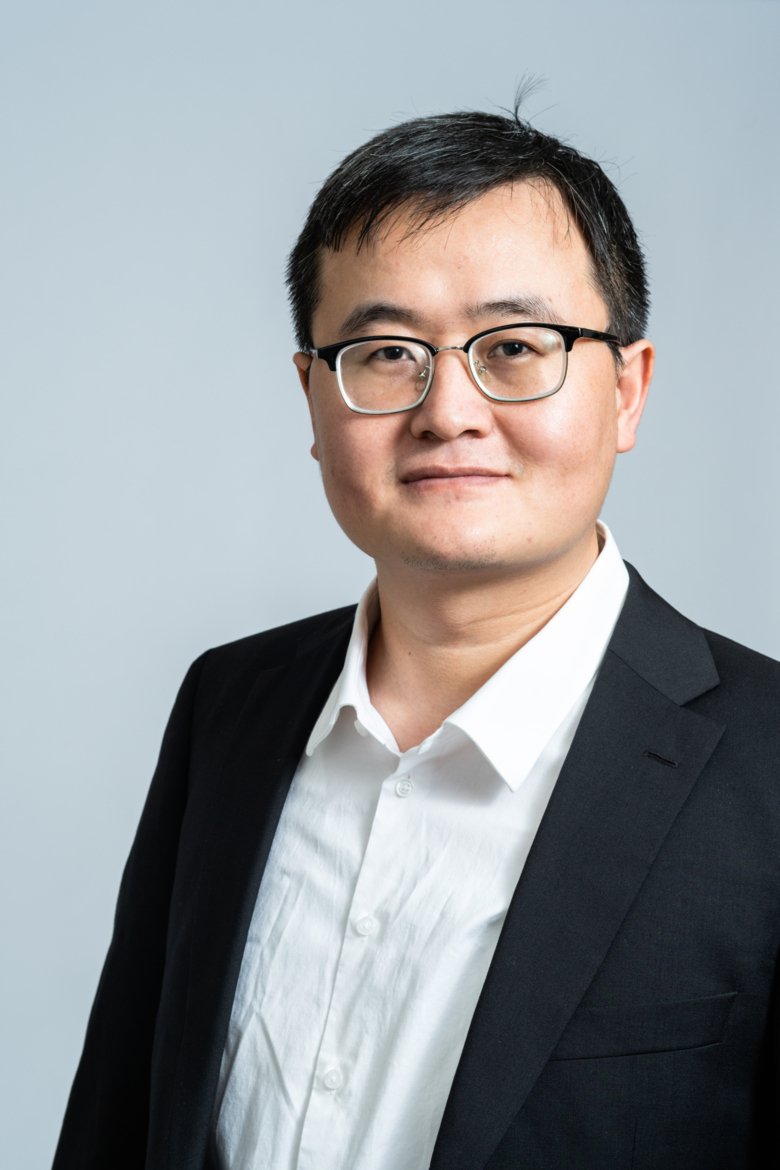 “The flame spray can be used to quickly produce uniform SERS films across large areas, removing one of the key barriers to scalability,” says Haipeng Li, a postdoctoral researcher in Sotiriou’s lab and the study’s first author.

The researchers then finetuned the distance between the individual silver nanoparticles to enhance their sensitivity. To test their substance-detecting ability, they applied a thin layer of tracer dye on top of the sensors and used a spectrometer to uncover their molecular fingerprints. The sensors reliably and uniformly detected the molecular signals and their performance remained intact when tested again after 2,5 months, which underscores their shelf life potential and feasibility for large-scale production, according to the researchers.

To test the sensors’ practical application, the researchers calibrated them to detect low concentrations of parathion-ethyl, a toxic agricultural insecticide that is banned or restricted in most countries. A small amount of parathion-ethyl was placed on part of an apple. The residues were later collected with a cotton swab that was immersed in a solution to dissolve the pesticide molecules. The solution was dropped on the sensor, which confirmed the presence of pesticides. 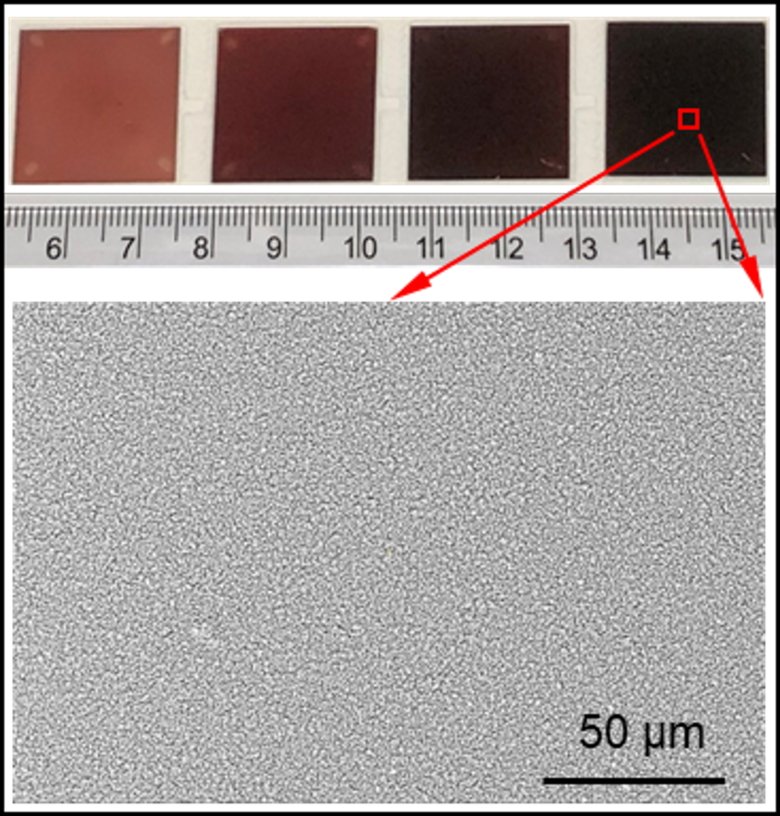 Caption:
A photo of four nano-sensors and a scanning electron microscope image of the sensor surface. The sensor has a size of 22 x 22 mm and a uniform surface for highly reproducible tests. Photo: Haipeng Li and Georgios A Sotiriou.

“Our sensors can detect pesticide residues on apple surfaces in a short time of five minutes without destroying the fruit,” Haipeng Li says. “While they need to be validated in larger studies, we offer a proof-of-concept practical application for food safety testing at scale before consumption.”

Next, the researchers want to explore if the nano-sensors can be applied to other areas such as discovering biomarkers for specific diseases at the point-of-care in resource-limited settings.

More reading on how chemicals affect our daily lives