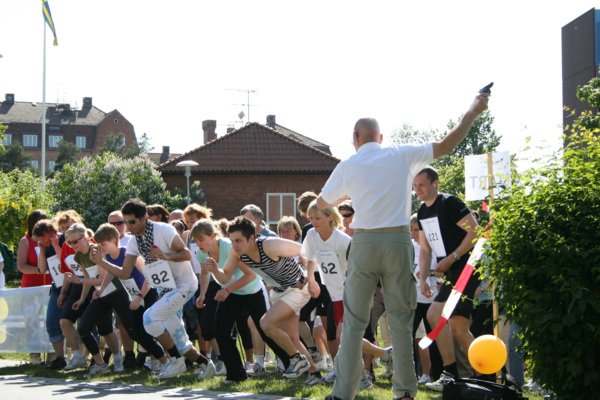 Clear evidence that higher levels of physical activity - regardless of intensity - are associated with a lower risk of early death in middle aged and older people, is published by The BMJ today. The findings also show that being sedentary, for example sitting still, for 9.5 hours or more a day is associated with an increased risk of death.

Previous studies have repeatedly suggested that sedentary behaviour is bad and physical activity is good for health and long life. So exactly how much activity (and at what intensity) is needed to protect health remains unclear. To explore this further, researchers led by Professor Ulf Ekelund at the Norwegian School of Sport Sciences in Oslo analysed observational studies assessing physical activity and sedentary time with death (“all cause mortality”).
Maria Hagströmer, Associate Professor at NVS, KI, and Ing-Mari Dohrn, Postdoctoral Researcher at NVS, KI are co-authors and have contributed with the Swedish data included in the study and analysed these.
"The results are in good agreement with the current recommendations of 150 minutes per week at moderate intensity," says Maria Hagströmer.

Data from eight high quality studies involving 36,383 adults aged at least 40 years (average age 62) were included. Activity levels were categorised into quarters, from least to most active, and participants were tracked for an average of 5.8 years. During follow-up, 2149 (5.9%) participants died.
“Developing ways to limit sedentary time and increase activity at any level could considerably improve health and reduce mortality,” the researchers conclude.

Read more about the research study at BMJ