Researchers at Karolinska Institutet rapidly generate new knowledge on the importance of different groups of drugs and the development of hyponatremi. In the present study, lithium treatment was compared between 11,213 individuals hospitalized due to hyponatremia and 44,801 controlls. Interestingly, lithium treatment was half as common among individuals with hyponatremia. The results were recently published in Journal of Psychopharmacology.

Hyponatremia is a potentially serious disorder that may cause balance disturbances, confusion and even death. The authors have established a cohort that include all of the 11,000 individuals hospitalized due to hyponatremia in Sweden during ten years. The cohort has been used to study the associations between different groups of drugs and the risk to suffer from hyponatremia that demand inpatient care. Most drugs are associated with an increased risk. However, according to the present study, lithium treatment was associated with a risk that was halved.

-Even though the study confirmed our hypothesis, we were surprised over the marked protective effect associated with lithium treatment, says Henrik Falhammar, lead author of the study and associate professor at the Department of Molecular Medicine and Surgery, Karolinska Institutet. 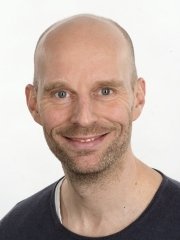 -The most common reason for development of hyponatremia is fluid retention due to an inadequate release of vasopressin. On the contrary, lithium treatment often leads to the development of nephrogenic diabetes insipidus that result in impairment of the ability to concentrate the urine and large volumes of urine. Therefore, we hypothesized that lithium treatment might be protective in this regard.  Lithium treatment is indeed associated with several side effects. But nevertheless, it is very important for many patients suffering from bipolar disease. Therefore, it was very satisfying to note that lithium in this regard actually may have a favorable effect, says Buster Mannheimer, associate professor at the Department of Clinical Science an Education and senior researcher for the project.

The study was funded by the Stockholm County Medical Committee.