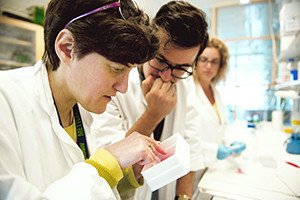 KI’s research is at the leading edge of impact according to the Swedish Research Council’s (SRC) Research Barometer for 2017 with the highest proportion of highly cited publications compared to other universities and colleges in Sweden.

The SRC’s Research Barometer provides an overview of the state of Swedish research through some thirty indicators including financial resources, research staff and results generated by way of research publications and citation impact.

This year’s barometer shows KI to have had the highest citation impact for scientific articles published during the period of 2013-2015 with the number of highly cited publications rising from 12 percent in 2008-2010 to 14 percent in 2013-2015.