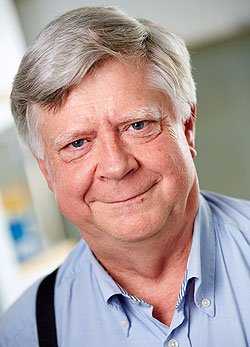 Senior Professor of Tumour Biology at the Department of Microbiology, Tumor and Cell Biology (MTC), has been awarded the Grand Silver Medal for his invaluable efforts to strengthen and develop the university’s operations. During his nearly 50 years at KI, Professor Ernberg has served as chairman and member of many decision-making and advisory boards and committees at the university. As Head of Department of MTC, he has been a shining example of creative leadership, and has built up a research and development environment that has become a role model for other departments at KI. He has taken the initiative for new research programmes, for example “What is Life?” and “Culture and Brain”, participated in several national organisations and initiative groups, and been extremely active in international contexts.

His work has strengthened KI as a university and as a global player, and he has forged many rewarding partnerships. Professor Ernberg has also worked for increased adult education and information dissemination, including through pedagogical collaborative projects with schools, writing scientific literature and popular science books, and taking part in a number of TV and radio programmes. Alongside this, Professor Ernberg has also carried out his own research of the highest international quality, focusing primarily on the EBV virus – how infections and other mechanisms lead to the development of cancer in humans.

See all recipients of the KI Silver Medal 2016