Increased risk of type 2 diabetes in some occupations 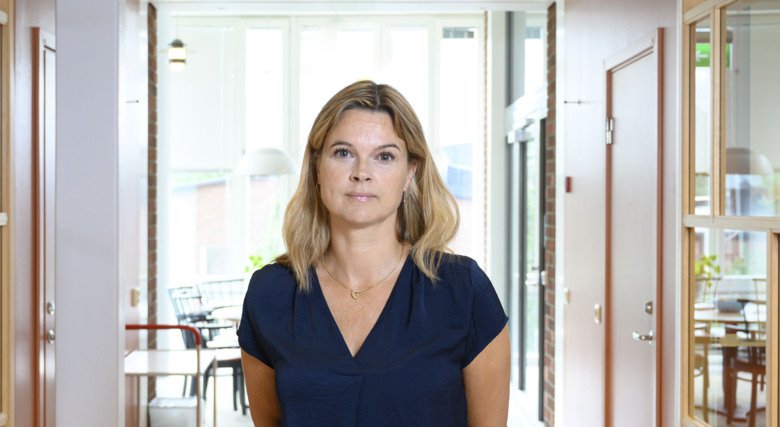 Drivers, factory workers, and cleaners are three times more likely to develop type 2 diabetes than teachers and physiotherapists. Researchers at Karolinska Institutet in Sweden have studied how the occurrence of diabetes differs between occupations in Sweden. The results are being published in the scientific journal Diabetologia and are also presented at the European diabetes conference in Barcelona in September.

“But the occupation itself is probably not the deciding factor. The high risk of diabetes appears to be explained by the presence of other factors such as obesity, physical inactivity, and smoking at an early age,” says Sofia Carlsson, researcher at the Institute of Environmental Medicine (IMM), Karolinska Institutet.

Type 2 diabetes is a common disease; seven percent of the adult population in Sweden has diabetes and about one in five are at risk of being affected at some point in their lives. The disease is serious as it can lead to complications, cardiovascular disease, and premature death. Type 2 diabetes can be prevented through lifestyle changes, and there is a major need for effective prevention. In order to reap the biggest health gains, the groups most at risk need to be identified.

To try and achieve this, Dr Sofia Carlsson and her colleagues have monitored 4.6 million Swedes of working age between 2006 and 2015, of which 202,000 were afflicted by type 2 diabetes during this period. Information about diabetes was obtained from the national prescription and healthcare registers. The researchers also had access to certain information on lifestyle factors. Information regarding the men included in the study was obtained from the Military Enrolment Records, and information regarding the women with children was obtained from the Medical Birth Register. The purpose was to identify occupations with especially high risks of type 2 diabetes and factors which contribute to the increased risk.

“This is the first register study of its kind, where examinations were carried out regarding how the risk of type 2 diabetes differs between occupations based on data from an entire population,” says Sofia Carlsson.

The results show that the risk of contracting diabetes, for women as well as men, differs significantly between occupations. The groups with the highest risk of being affected are professional drivers, factory workers, and cleaners – who are all three times more likely to contract type 2 diabetes than, for example, physiotherapists and teachers. For men, type 2 diabetes is most common among drivers, with 9 per cent having the disease. For women, factory workers are most affected, with a corresponding number of 6 per cent.

However, the researchers believe that there may be other factors than the occupations themselves that affect the risk of developing type 2 diabetes; rather it seems to depend on certain occupations having a generally less healthy lifestyle. According to the researchers, it is especially important that employers in these fields focus on measures such as preventive healthcare, exercise, and weight loss.

More likely to be overweight

“Interestingly, we can see that men who later work in professions with a high risk of diabetes are more likely to be overweight and have lower physical fitness during their military enrolment, i.e. at an age when they are starting their working lives”, says Sofia Carlsson. “Among women, we can see that persons in high-risk professions have a higher than average occurrence of obesity and smoking at the time of their first pregnancy. Obviously, work-related factors such as sedentary work, irregular working hours, and stress can play a part as well, however we unfortunately do not have information about the specific work environment that the participants have been exposed to.”

The research has been conducted in collaboration with the Centre for Occupational and Environmental Medicine, Region Stockholm. Diabetologia is the journal of the European Association for the Study of Diabetes (EASD), and the current study will be presented at the 55th annual meeting of the EASD in Barcelona, Spain on 16-20 September 2019. 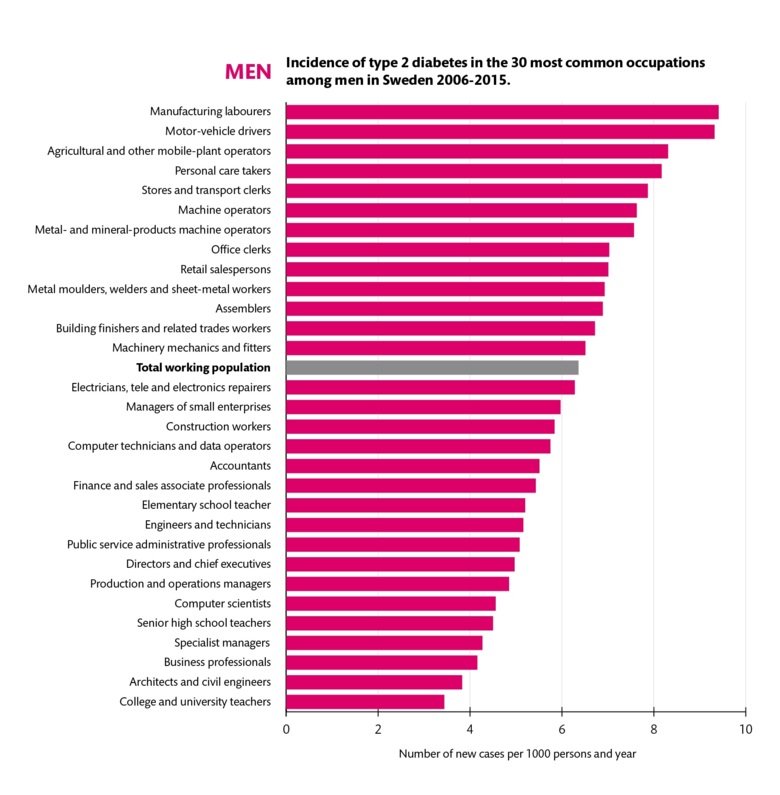 Caption:
Diabetes risk among men in the most common occupations in Sweden. Illustration: Sofia Lindberg
Image: 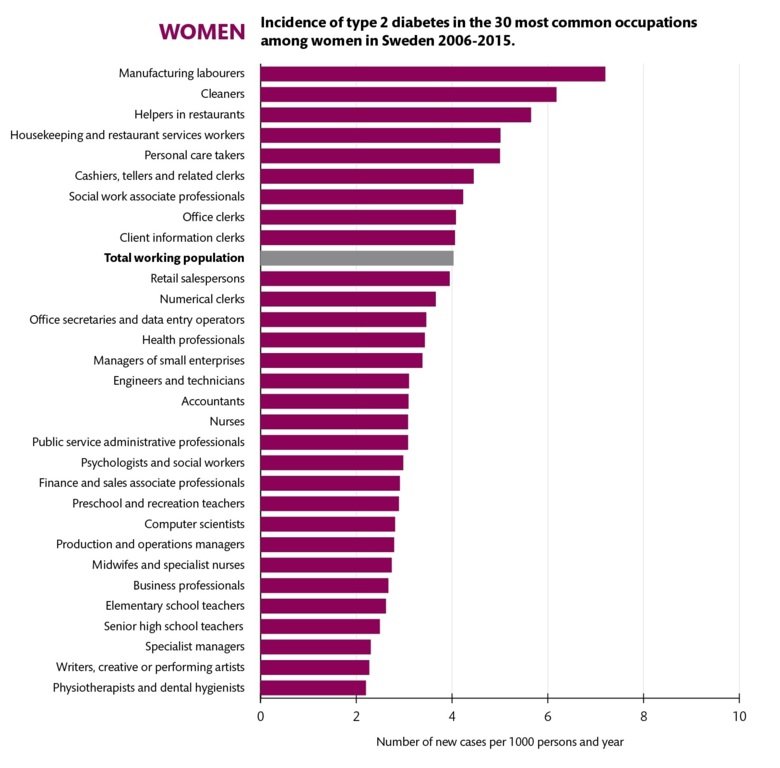