Immunological mechanisms in SLE and atherosclerosis, with implications for immunization therapy and our evolution 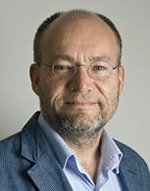 Professor Johan Frostegård and his research group has had their latest publication [1] high-lighted by an Editorial in Nature Reviews [2]. They demonstrate that antibodies against the small lipid epitopes phosphorylcholine (PC) and malondialdehyde (MDA) are strong protection markers for the autoimmune disease SLE, and for atherosclerosis, which is a complication in SLE. The also demonstrate possible mechanisms which could make the antibodies protective, including improved clearance of dead cells and an anti-inflammatory effect. Further, unexpectecly, the antibodies are reported to be T-cell dependent. In the article they also promote the hypothesis that an insufficient defence against these lipid entities, mainly PC, among other factors could be the low exposure of microorganisms as parasites, worms and some bacteria which have been humanity´s followers for millions of years. PC is often an important antigen on these. This also implies that our capacity for clearance of oxidized lipids and dead cells often is insufficient which could contribute to chronic inflammatory conditions as atherosclerosis, cardiovascular disease and SLE, among others. They hope to counter these conditions by raising the antibodies, by immunization.