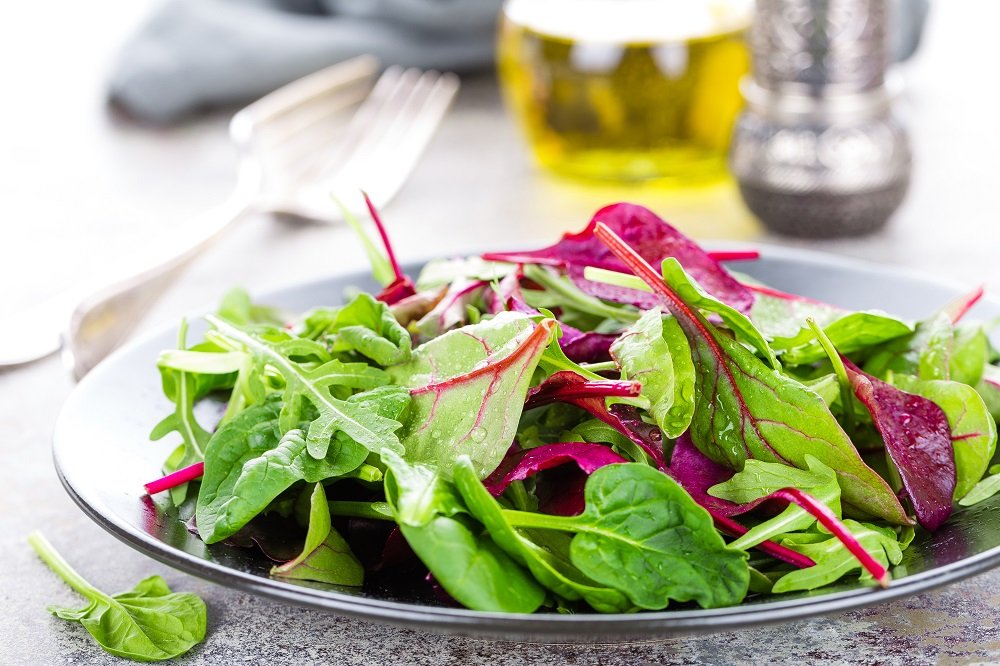 A larger portion of green leafy vegetables in the diet may reduce the risk of developing liver steatosis, or fatty liver. In a study published in PNAS researchers from Karolinska Institutet in Sweden show how a larger intake of inorganic nitrate, which occurs naturally in many types of vegetable, reduces accumulation of fat in the liver. There is currently no approved treatment for the disease, which can deteriorate into life-threatening conditions such as cirrhosis and liver cancer.

Liver steatosis, or fatty liver, is a common liver disease that affects approximately 25 per cent of the population. The most important causes are overweight or high alcohol consumption and there is currently no medical treatment for the disease. Researchers at Karolinska Institutet have now shown how a greater intake of inorganic nitrate can prevent the accumulation of fat in the liver.

“When we supplemented with dietary nitrate to mice fed with a high-fat and sugar Western diet, we noticed a significantly lower proportion of fat in the liver,” says Mattias Carlström, Associate Professor at the Department of Physiology and Pharmacology, Karolinska Institutet.

Their results were confirmed by using two different cell culture studies in human liver cells. Apart from a lower risk of steatosis, the researchers also observed reduction of blood pressure and improved insulin/glucose homeostasis in mice with type 2 diabetes.

The research group’s focus is the prevention of cardiovascular diseases and type 2 diabetes through dietary changes and by other means. Previous studies have shown that dietary nitrate from vegetables enhances the efficiency of the mitochondria, the cell’s power-plant, which can improve physical endurance. It has also been shown that a higher intake of fruit and vegetables has a beneficial effect on cardiovascular function and on diabetes.

“We think that these diseases are connected by similar mechanisms, where oxidative stress causes compromised nitric oxide signalling, which has a detrimental impact on cardiometabolic functions,” says Dr Carlström. “We now demonstrate an alternative way to produce nitric oxide, where more nitrate in our diet can be converted to nitric oxide and other bioactive nitrogen species in our body.”

Even though many clinical studies have been done, there is still considerable debate about what properties of vegetable make them healthy.

“No one has yet focused on nitrate, which we think is the key,” continues Dr Carlström. “We now want to conduct clinical studies to investigate the therapeutic value of nitrate supplementation to reduce the risk of liver steatosis. The results could lead to the development of new pharmacological and nutritional approaches.”

While larger clinical studies are needed to confirm the role of nitrate, the researchers can still advise on eating more green leafy vegetables, such as regular lettuce or the more nitrate-rich spinach and rocket.

“And it doesn’t take huge amounts to obtain the protective effects we have observed – only about 200 grams per day,” says Dr Carlström.“ Unfortunately, however, many people choose not to eat enough vegetables these days.”

The study was financed by the Swedish Research Council, the Swedish Heart and Lung Foundation, Novo Nordisk, the European Research Council and Karolinska Institutet. Two of the authors, Jon O Lundberg and Eddie Weitzberg, are coinventors on patent applications related to the therapeutic use of inorganic nitrate. Magnus Ingelman-Sundberg is cofounder of the contract research organisation (CRO) HepaPredict AB.