Can knowledge about brown bears contribute to development of a vaccine against atherosclerosis in humans? 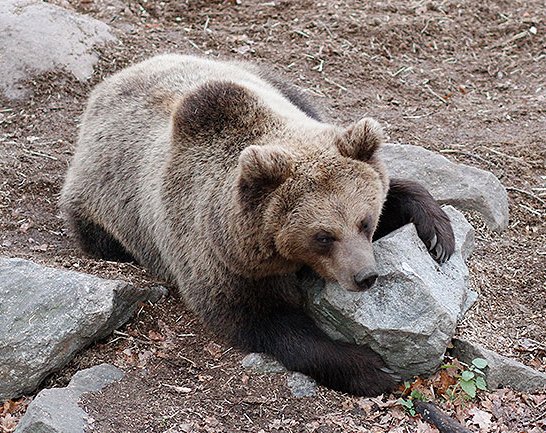 Professor Johan Frostegård´s research group at the Institute of Environmental Medicine, Karolinska Institutet, has previously reported that antibodies against phosphorylcholine (PC), a small lipid-related substance, is associated with protection against atherosclerosis and other chronic inflammation. Anti-PC is anti-inflammatory and increases clearance of dead cells, which can be of central importance in atherosclerosis. PC is expressed on lipids when they oxidize as in atherosclerosis and on dead cells. Furthermore, they are exposed on different kinds of microorganisms as parasites, nematodes and bacteria. Anti-PC helps clearance of these compounds.

In the present study, twelve bears were investigated, with blood samples drawn both summer and winter time and it turns out that anti-PC is dramatically raised during winter. This especially applies to the subgroups and isotypes of anti-PC is mostly associated with inhibition of inflammation.

- Our hypothesis is that this strong increase can be caused by the bears´ huge consumption of food of all kinds and this can include large amounts of different kinds of microorganisms. High anti-PC could contribute to protection among the bears, against atherosclerosis and also other inner organ damage and we hypothesize that this could be an example of a natural immunization against atherosclerosis, a possibility we now hope to develop for humans.

Johan Frostegård says that he thinks it will be possible to vaccinate humans so that atherosclerosis is delayed and that the present study supports this notion.