Addressing the undefined, as part of the intercultural physician-patient consultation, could potentially result in less misunderstandings, frustration and insecurities. 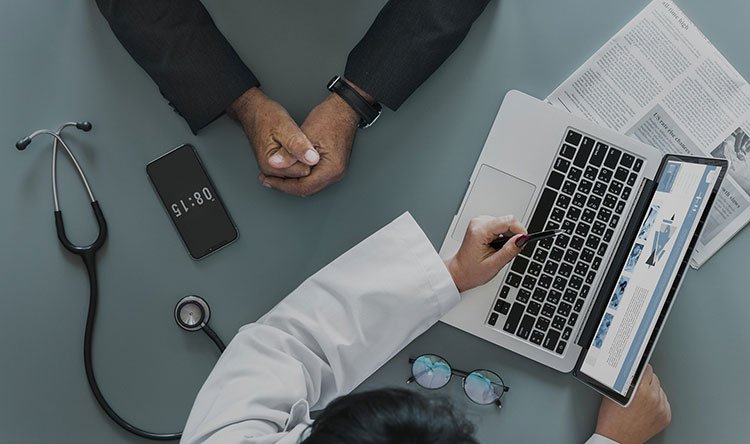 A conceptual model of the interpersonal interactions, as described by both the patients and the physicians interviewed, was generated. The model illustrates how an inadequately presumed silent agreement on the format and/or content of the consultation, and on basic views on the concepts of health and illness, contributed to a predominance of symptoms and concerns left without an explanation. Hence the conceptual model was labelled “circling the undefined”.

"Addressing the undefined, as part of the intercultural consultation, could potentially result in less misunderstandings, frustration and insecurities. However, we identified several communicative behaviors among the physicians, mirrored by the patients, which (although probably unintentionally) seemed to maintain rather than resolve the undefined", says Erica Rothlind from the research group Cultural Medicine at the Department of Learning, Informatics, Management and Ethics. "Intercultural consultations are often perceived as complex; we believe the conceptual model generated in our study contribute to the understanding of why. By identifying how communicative behaviors used might fail to address key elements of the consultation, such as differing views on the concepts of health and illness, we might be one step closer towards building a common ground for increased mutual understanding."

The study emphasizes the importance of focusing on interpersonal interactions in intercultural consultations and training, as well as highlights the need for interventions aimed at both physicians and patients to facilitate communication.

Improved consultation skills are necessary in order to optimize the care of foreign-born patients in primary care, thus in the long run reducing the risk of inequality in health care.

The study was supported by Forte (Swedish Research Council for Health, Working Life and Welfare, 2014-0853.