When the Swedish Civil Contingencies Agency – MSB called Jason Murphy and asked if he could go to the Polish-Ukrainian border as part of Sweden’s support to the European Union Advisory Mission Ukraine (EUAM Ukraine), he accepted quickly. For over ten years he has combined academic research and teaching, clinical work and international missions, and he firmly believes that they complement and enrich each other.

Support, training, and assessment at the Polish-Ukrainian border

Jason was part of a team of four nurses that was sent to work along the checkpoints on the Polish-Ukrainian border. Their job was to assist the European Union Advisory Mission Ukraine (EUAM Ukraine), which had suffered heavily since the invasion began. EUAM Ukraine was established in 2014 and has since worked closely with Ukrainian agencies and actors to expedite sustainable reform of the civilian security sector, providing strategic advice and practical support for specific reform measures in accordance with EU standards and international principles of good governance and human rights. Following the outbreak of war, their headquarters had been attacked, international members of staff had left, and male Ukrainian staff members were forced to stay and join the fighting.

The situation on the border was quite chaotic, but Jason and his team’s mission entailed three tasks. First, assess the medical capabilities along the border. Primarily this concerned the Polish health systems’ capacity to handle trauma victims and mass casualties. This was done in their first week, along with providing suggestions on how to plan and prioritise. Second, provide medical support to EUAM Ukraine members who had to cross in and out of Ukraine, and third, train members of the EUAM Ukraine team in case of attacks that would result in mass trauma. 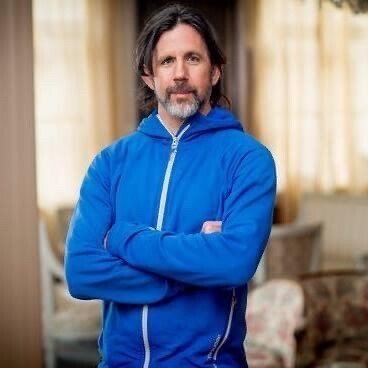 Over ten years of international missions

Jason Murphy finished his doctoral studies at KI in January and is now affiliated with the Department of Clinical Science and Education at KI Södersjukhuset. Born in San Diego in the US, he has lived the last 25 years of his life in Sweden and for 17 of those he has been a nurse. Although he had been interested in international humanitarian work for a long time, this former United States Marine initially thought he might go into midwifery.

“I became aware of MSB’s work while I was studying for my bachelor’s degree, and since I was already interested in working internationally, I began tailoring my studies to what I knew they were looking for. Once I had started working, I actively applied to become involved with their work”, Jason tells us.

Since 2011, Jason has been working on international missions with MSB. Nowadays he works primarily as either a mine medic or a trauma/mass casualty trainer. Hence, when the question came if he to go to the Polish-Ukrainian border, it was far from the first call of that kind that he has received.

“But this request was unique in how quickly it came about. There was a lot of uncertainty, about where we could go, what we could do and so on. We often get requests from other agencies and have more time to plan. In this instance we just had to roll with things. But at the same time, the team that was sent out was very experienced. We were all slightly older, and we understood what we were doing. We knew there would be confusion and we that would have to accept it”, he says.

International missions and academic work enrich each other

Jason is now back at his desk in Stockholm. He firmly believes that working on-site on international missions and doing academic work leads to benefits for both.

“I lecture, I work clinically, I work on missions. I incorporate what I see on missions in my teaching, and it gives me ideas for research. Similarly, when I am out in the field, I use experiences from my academic work in how I assess and conduct my work”.

Jason says that he has been lucky in that his employers have also seen the benefit of his way of working, which is not always the case. However, if we want to be able to send experts from Sweden into health crises, employers need to be flexible and allow their staff members to get involved in international missions. As Jason points out, it can be a win-win situation - contributing to global health crises, while employees gain valuable experience to take back to their workplace.