UR: Jonas F Ludvigsson on setbacks in research and his work with sick children

Utbildningsradion (the Swedish Educational Broadcasting Company) dedicates two half-hour television episodes to Jonas F Ludvigsson, researcher and pediatrician. In the first episode, Ludvigsson talks about how he repeatedly failed to write up his thesis. In the second episode, he talks about what it is like to work with seriously ill and injured children. 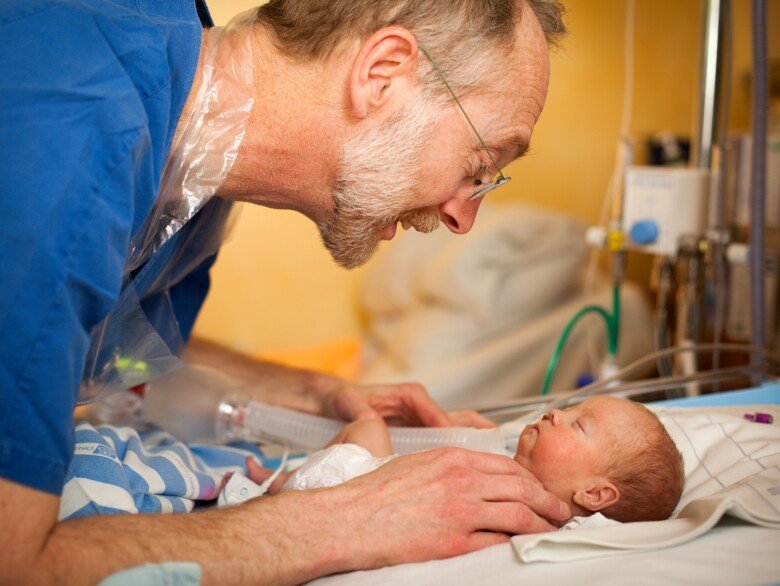 -I often get ideas about studies when I see patients. The patients ask questions that I cannot answer, or I get ideas when I see something unexpected or am confronted with a problem, Ludvigsson says

- Because I see so many patients (Ludvigsson sees patients three days a week), it helps me assess what research is relevant to patients. -Meeting with patients and communicating with their patient associations, I have more and more involved patients in my research projects and when writing up a grant application. I want patients to benefit from my research. And once I have found something in my research, it is great fun to tell patients and their relatives.

In a first half-hour-long episode, Jonas F Ludvigsson, pediatrician at Örebro University Hospital and professor at the Department of Medical Epidemiology and Biostatistics, Karolinska Institutet, talks about his early setbacks in research.

-I started to do research on breastfeeding in Bolivia, but failed. Next I started a multicenter study on dietary treatment in children with inflammatory bowel disease, but after four years I realized that was not going to result in a dissertation either. Only on my third attempt, when I started to use registry data, did I manage to write up a PhD thesis. And it was my opponent at the time, Professor Anders Ekbom, who then convinced me I should come to Karolinska Institutet. -It sounds tough to try to do the PhD thing three times and it was hard(!), but at the same time I found medical research very stimulating.

The second episode is about Ludvigsson’s early days as a pediatrician and about the severely ill patients he met.

-All physicians remember patients who have died. You ask yourself if you did the right thing or what you could have done differently. Several acutely ill children that I have taken care of have died, but many have also survived!  It is hard to control one’s emotions when talking about children that one failed to save, says Ludvigsson.

-I hope that both people inside and outside healthcare will learn something from the episode about seriously ill children. You are never quite the same person again when you have seen a child die in the emergency room. It strikes you how fragile life is. At the same time, working with children brings immense joy. Like that time when an African mother of a seriously ill child who was recovering offered to give me a Somali tattoo, as a sign of appreciation. The atmosphere in the room was almost electric.

The programs are broadcast by Utbildningsradion