Today's conference on Campus: Big Data in care and medicine 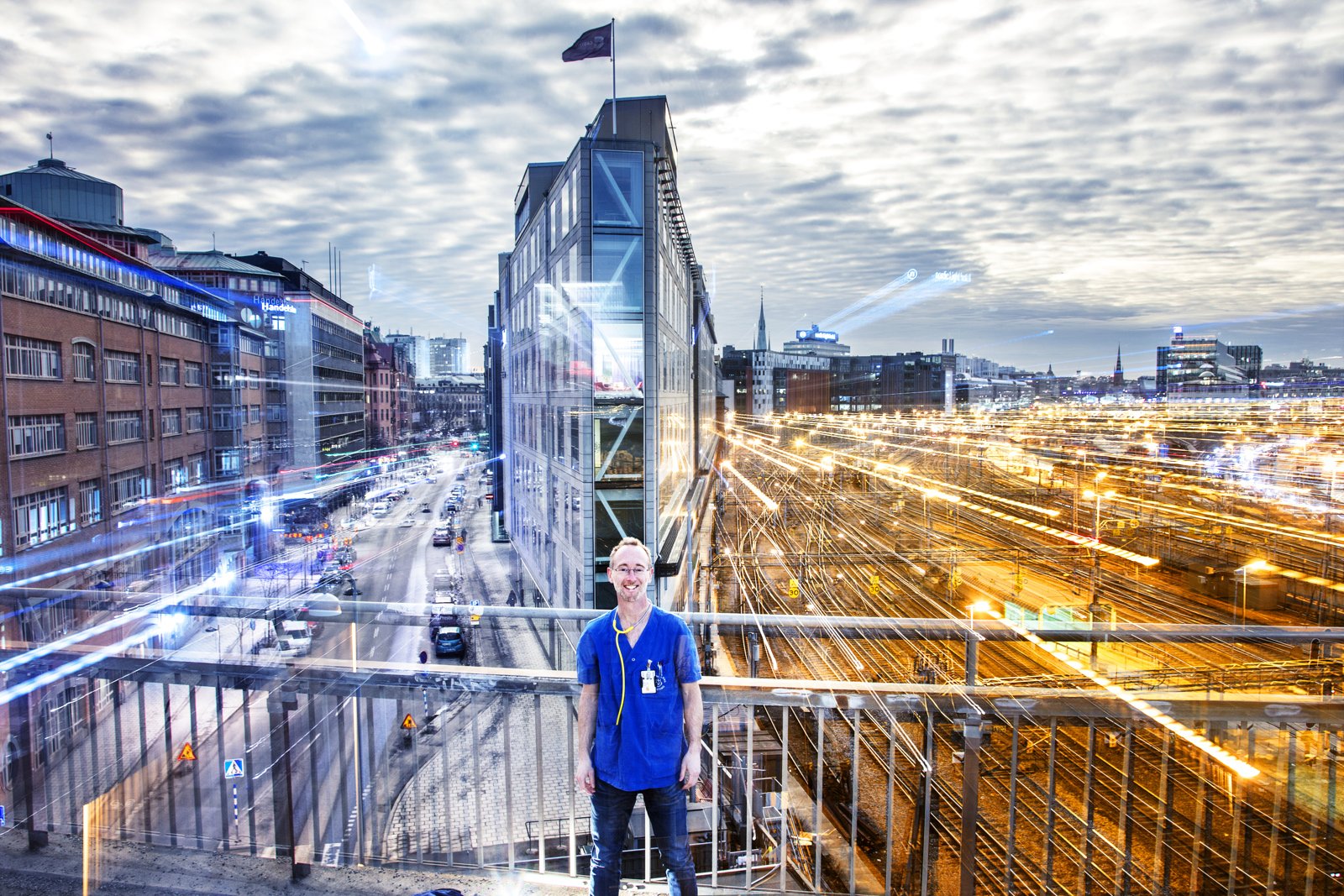 Researchers from around the world will gather at Karolinska Institutet on Monday 20 March to discuss what nobody can see, but that used in the right way can be extremely important for health and healthcare. The topic under discussion will be “Big Data”, which can lead doctors in the right direction in prevention, diagnosis and treatment.

“Big Data offers incredible possibilities in healthcare,” says professor Jonas Ludvigsson, paediatrician and organiser of the Big Data conference at Karolinska Institutet, which is being sponsored by the Journal of Internal Medicine.

The idea is to bring together the world’s leading researchers in the field to discuss the next step into the future.

But what is it really all about?

To come a little closer to the highly abstract concept, we talk to professor Ludvigsson, where we catch him as he makes a brief stop on Banhusbron in Stockholm on his morning walk to work at Karolinska Institutet. Cars, trains, homes, offices and mobile phones; the swarms of people around Central Station, Norra Bantorget and Klara sjö make the area look like an anthill. And we leave digital footprints behind us everywhere. When we buy something with our credit card, surf the web and use the apps on our smartphones. This enormous amount of data can be compared to the anthill taking shape under Banhusbron: Big Data, our “digital DNA”, is formed, and can be identified using computers and algorithms.

Our digital DNA can make us healthier

“When I realised that the advertisements along side my Google searches on the web matched my interests, I was really astonished,” says professor Ludvigsson.

But the fact is that our digital DNA can make us healthier.

Big Data can be of enormous help in healthcare.

How is what the world’s leading researchers in the use of Big Data in care and medicine will be discussing at their conference at KI.

“Several speakers from Microsoft and Google will talk about their Big Data initiative to improve people’s health,” Jonas Ludvigsson continues.

He gives an example:

“Five years ago, I visited the Mayo Clinic in Minnesota and already then they were testing mainframe computers that could detect matches between journals and patients’ medical histories and produce suggestions like ‘Do you want to do a thyroid test on this patient?’ There was a yes and no box to check so it was always the doctor who made the decision.

The point is that the computer’s question was based on the symptoms in combination with old patient records and diseases in the family,” says Jonas Ludvigsson.

The make or break issue is personal integrity.

“But when a child becomes ill, it would help if it were possible for the family to give their consent for us to merge their records and have the computer find links that it would take a long time to see otherwise.

Sometimes parents are totally unaware that they were ill as children. Sometimes there are clues to children’s illnesses in events that took place when the child was a baby.

A computer would also help in the same way in emergency care.

“There are large numbers of patient records to go through and here again a computer would help us make decisions faster based on a large amount of information,” Jonas Ludvigsson goes on.

“If there’s one thing I’m hoping for personally from Big Data, it’s that we soon have systems that help us who work in healthcare make diagnoses and administer patients. That would probably also contribute to people throughout Sweden receiving the same (good) care and doctors following national guidelines to an even greater degree. I also think it would make healthcare cheaper.”

Hits from Internet searches are also useful in epidemiology.

“You can see where in a particular country people google influenza symptoms and track how the contagion breaks out and predict how it will spread more easily so that we can increase hospitals’ preparedness,” says Jonas Ludvigsson.

“There are a number of mental illnesses where we would be able to see more quickly if patients were on the way to becoming manic or depressed solely on the basis of how they are using their mobile phone. Changes in their behaviour, for example if the patient begins making calls or texting in a way that he or she does not do during their healthy periods, would trigger an early alarm from the computer,” says Jonas Ludvigsson and interrupts himself:

“But there again, integrity! It must always be based on consent and be totally voluntary.”

Can you give an example of Big Data where you don’t need to give your consent and that would still make a difference in the future?

“Just look at how meteorology has advanced. They handle incredibly more data than before and analyses of tomorrow’s and next week’s weather have become so much more detailed and accurate. I’m convinced that they could analyse what the weather is normally like before severe drought periods in for example Africa. Then we could take preventive action several months beforehand and even avoid an imminent famine and disaster.

A few of the important names at the Big Data conference at KI on 20 March:

Andrew Morris, Scotland’s Chief Scientist, will speak about how Scotland has used Big Data to improve health there.

Anders Hviid from Copenhagen has written more than 30 articles in medical journals such as NEJM, The Lancet, JAMA and BMJ and has among other things studied the long-term effects of vaccinations. He will be speaking about how Big Data can support studies of drugs and the risk of side-effects.

Wikipedia on Big Data: “Big data is a term for data sets that are so large or complex that traditional data processing application softwares are inadequate to deal with them. Big data contains resources for very large databases (VLDBs), data warehouses and data mining. The term Big Data became generally adopted in 2009. No corresponding term has become established in Swedish.“

Curious about artificial intelligence: How AI may solve our health problems