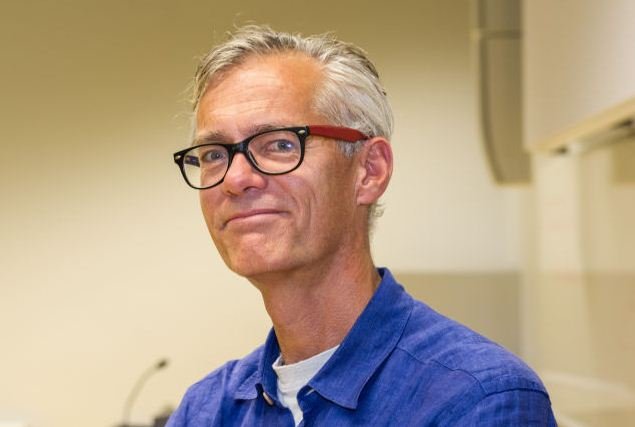 The Ebola outbreak will get out of hand in early December if attempts to combat the disease do not intensify, predicted the UN in mid-October. Since then, the government has ring-fenced half a billion kronor to stop the spread of the disease, and Karolinska Institutet has trained some 100 individuals to work in the affected areas. The course was instigated by Johan von Schreeb, surgeon and docent at KI’s Centre for Disaster Medicine and recipient of Focus magazine’s Swede of the Year title.

The course was created as a direct result of the acute lack of healthcare workers in West Africa. It is two days long and involves several experts. Earlier this autumn, Johan von Schreeb returned home from Sierra Leone, where he was working for the World Health Organisation. To him, like other experts in the area, it is clear that the Ebola crisis can not be solved by money alone.

“We can’t rely on organisations like Doctors without Borders to handle the situation on their own and must send Swedish medical personnel down,” says Dr von Schreeb.

“Ebola training for fieldworkers” was put together in just over a week, which probably makes it the most hastily organised course in KI’s history. As late as just a few days before the scheduled start on 13 October, a training centre was being set up in accordance with specifications issued by Doctors without Borders for how an Ebola treatment centre (ETC) is to be organised for the care of patients with a suspected or confirmed infection.

The physical location of the training camp is the old gymnastics hall on the KI campus. The course focuses on handling the influx of patients into the camp and on training important things like handling samples and putting on and taking off protective clothing, including rubber boots, double gloves, breathing mask and visor.

Another important aspect is prioritising the patients. It is essential to preventing the spread of Ebola that only infected people are brought into the ETC.

Nurse Anneli Eriksson, who is leading the course with Dr von Schreeb, has a great deal of experience working and training personnel in the field. Earlier this autumn she returned home from one of Doctors without Borders’s largest camps in Liberia.

“The safety of medical staff is top priority, but we need to prepare ourselves if we’re to work in a way that doesn’t expose us to danger,” says Ms Eriksson.

Even though her camp was the organisation’s largest, the staff still had to turn away some of the sick. The principle there is effectively “one corpse out, one patient in”. The training also includes the handling of dead bodies and safe burials.

Originally, the idea was for KI to hold three courses and then evaluate them. But at the start of November, an additional course was quickly arranged to meet the need for more trained medics in Liberia. Despite the short notice, the course was over-subscribed and the majority of its participants are already booked to travel. Drumming up interest in the course is thus no problem. If the shoe pinches anywhere, it is with the employers.

“If Swedish medical staff are to go to Africa and help, they must be released by their managers in the healthcare services, which isn’t always the case,” says Dr von Schreeb.

The training is organised by the Centre for Excellence for Disaster Medicine at KI in association with the National Board of Health and Welfare, Doctors without Borders, the Public Health Agency of Sweden, and the Swedish Civil Contingencies Agency (MSB).

How Ebola spreads: Ebola is caused by a virus and is a type of viral hemorrhagic fever. It is passed on through direct contact with infected bodily fluids, such as vomit, saliva, blood, coughs and sneezes, and with infected dead bodies. Infection is most likely to occur during the care and handling of the sick, so those at greatest risk are family members and medical personnel. Source: The Public Health Agency of Sweden and Doctors without Borders.