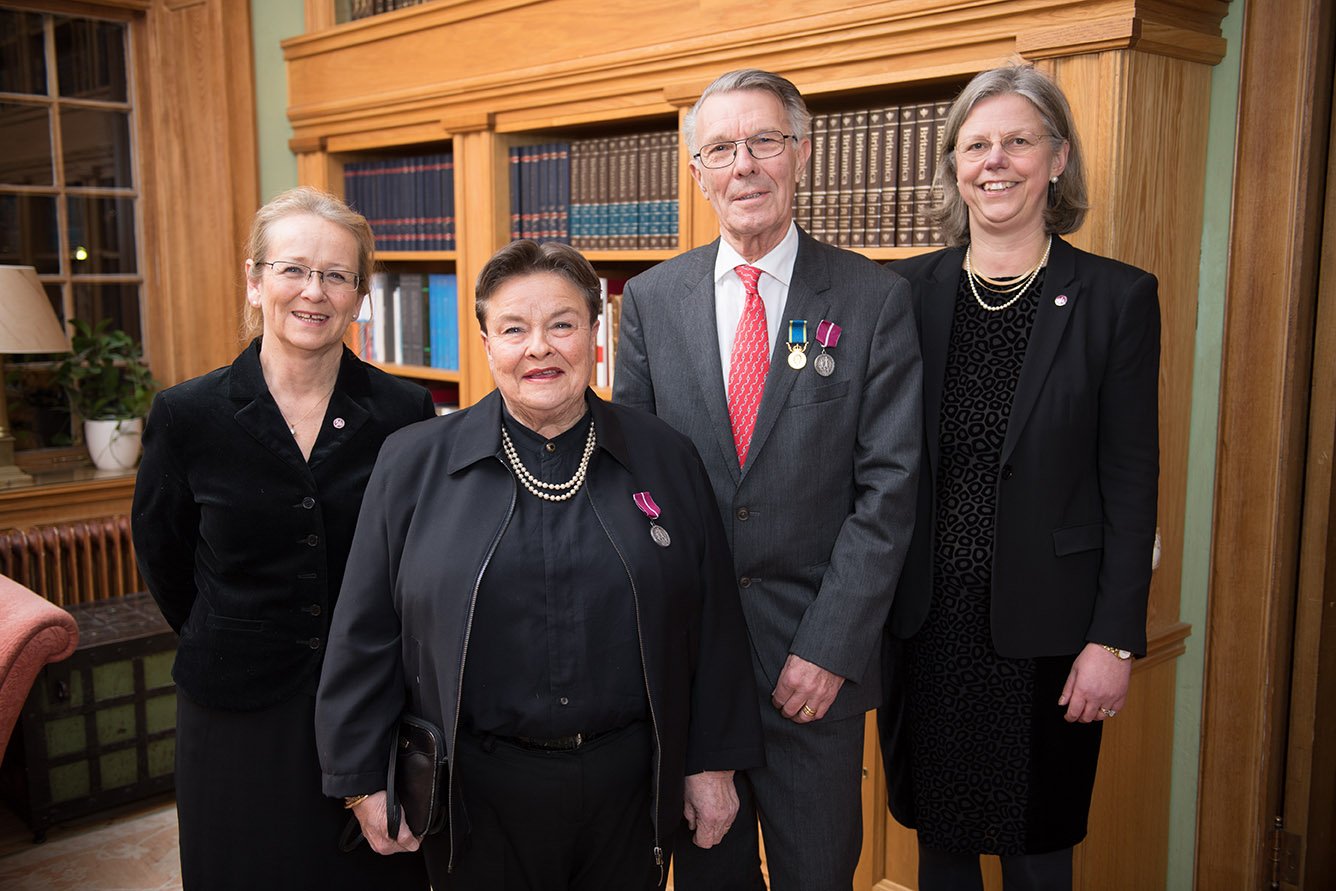 Elisabeth Kjellén and Gunnar Lennerstrand have been awarded Karolinska Institutet’s Silver Medal for 2016. The medals were presented in conjunction with the “För nit och redlighet i rikets tjänst”, NOR, awarding ceremony, which took place on 15 February. The NOR award was presented at the same time to employees with 30 years in the service of the state. The ceremony was held at the Swedish Society of Medicine and was followed by a dinner.

Acting vice-chancellor Karin Dahlman-Wright was also present at the ceremony, where 37 people also formally received the NOR 2016 award, 26 of whom were there in person: