She made up her mind to learn about commercialisation 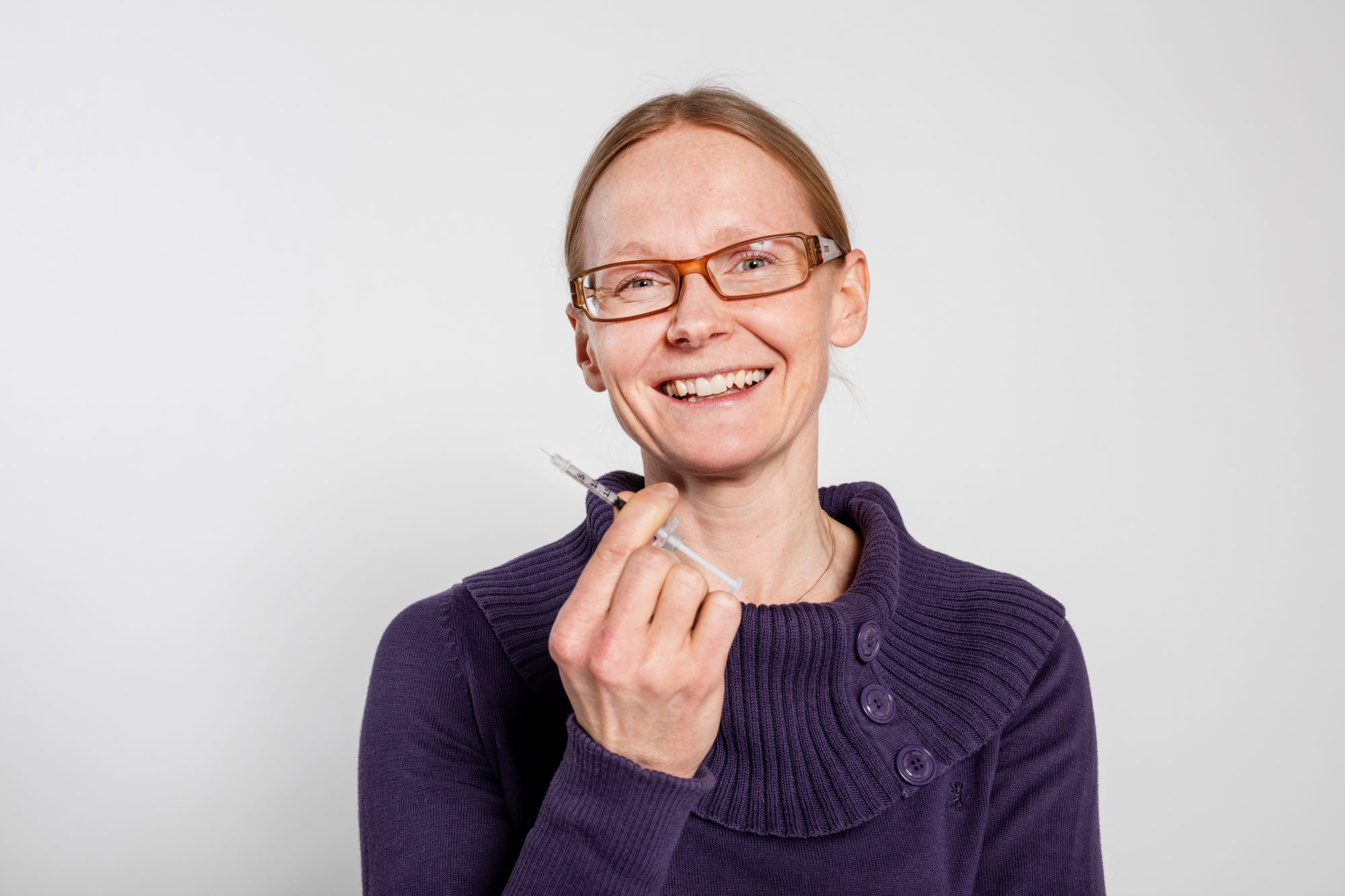 When a missed patent application threw a spanner in the works for researcher Pernilla Videhult Pierre, she decided to learn more about commercialisation.

As a doctoral student at Karolinska Institutet, Pernilla Videhult Pierre worked on developing methods for drug-based treatments of the cochlea.

The human cochlea is the size of a pea and protected by the cranium and barrier systems; it is also difficult to reach with drugs. Pernilla Videhult Pierre, research associate at the Department of Clinical Sciences, Intervention and Technology, explored the possibility of injecting drugs via the ear drum, and found that the inner ear could be reached if the preparation was stabilised as a gel.

“As an academic, you want to – and have to – get published,” says Pernilla Videhult Pierre. “You hope that the article will get into a good journal and inspire others. It didn’t occur to us that we’d have to protect our discovery. Our group was made up of super-academics and clinicians, none of whom had any commercial nous.”

She herself was rather sceptical of commercialisation.

“I think it wrong to want to earn money on your research, and once you start working with companies, you’re no longer free. I think many people in the medical world share this view.”

After publication of the article, she applied for an ethical permit to test the method on patients. This she was granted, but then things ground to a halt. Financiers like the Swedish Research Council barely invest in clinical research, and without a patented discovery it was difficult to find other bodies willing to back the idea.

“No one wants to invest if they believe they won’t get their money back, if someone can easily copy the product,” explains Pernilla Videhult Pierre. “It was really frustrating. We contacted the company that made the gel we used to see if it could sponsor us, but the wheels moved so slowly. They kept talking about patents and we didn’t really get it. Then I was advised to call KI Innovations.”

Karolinska Innovations AB suggested she join Mentor4Research, a mentorship programme run by the Royal Academy of Engineering Sciences and funded by Vinnova (The Swedish governmental agency for innovation systems). The programme matches promising academic researchers with mentors in the corporate sector to help them commercialise their research. A research stipend of SEK 100,000 is awarded to the researcher who is deemed to have shown the greatest professional development over the almost one-year long programme. Pernilla Videhult Pierre applied, participated and won.

New possibility of acquiring a patent

Her new network brought her into contact with a small Swedish biotech company, which works with another potentially patentable gel-based carrier, and together they will test if it can be used instead.

She also recently received a VINN Verification grant from Vinnova, which she will use for preclinical trials but mainly for testing to see if the original method can be made commercially viable: this involves creating a business plan and assessing the market potential and the possibility of acquiring a patent.

I just want to be able to fund my research so that my results can benefit patients.

Pernilla Videhult Pierre is pleased, but adds that much depends on having a good working relationship with the biotech company. Approaching a company is not that easy. She continues:

“When my colleague and I have ideas about how to go forward with studying the method, we’re contractually bound to contact the company first. They might not say no, but the feeling of not being free isn’t satisfying. You need to have a good partnership so that you don’t end up doing contract research.”

But when researchers apply for grants from bodies that finance basic research, they also have to adapt to the demand, she concedes. “It’s investments in nanotechnology one year, something else the next. If it takes partnering up with a company to get the method out to the patients, then it’s worth it. The ideal situation for me would be to commercialise my discoveries so I can get money back for them, money that I can then invest in more research. I wouldn’t then have to spend so much time applying for grants. I don’t want to be rich, I just want to be able to fund my research so that my results can benefit patients.”

Pernilla’s advice to others with a business concept:
1) Remember that you might have to apply for a patent before publishing your results or describing them in grant applications. Without a patent it’s hard to attract financiers.
2) If you enter an agreement with a company, make sure that you’re entitled to publish, whatever the outcome of your research.
3) Get help from someone who understands the business world. I myself turned to KI Innovations.

Read more about innovation at ki.se