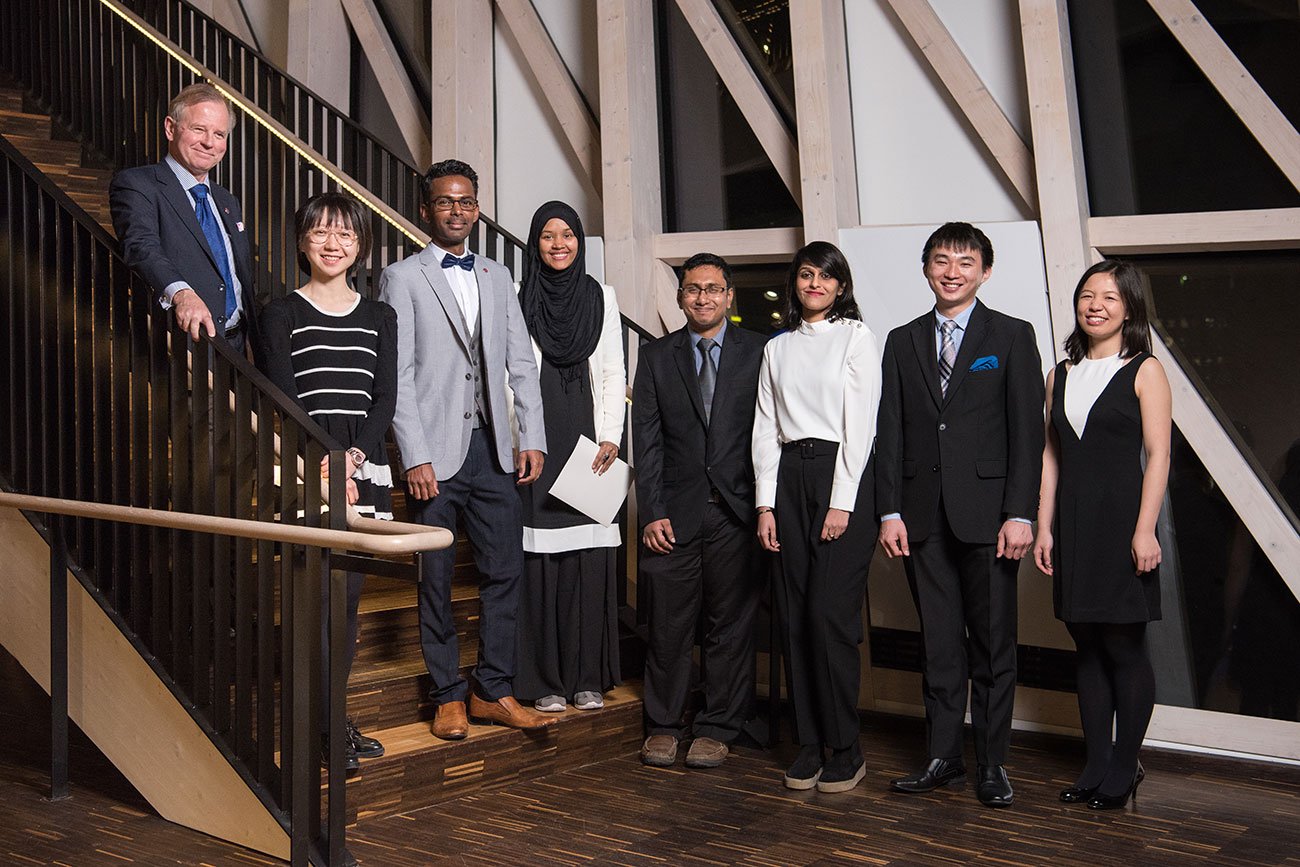 For the sixth year in a row, Karolinska Institutet’s Global Master’s Scholarship has been awarded to master’s students from outside Europe. The students have been admitted to one of Karolinska Institutet’s (KI) eight global master’s programmes on the basis of their excellent qualifications. KI once again saw the highest number of applicants per place of all Swedish universities that participate in the Swedish Council for Higher Education’s calls for master’s candidates.

“This is an important part of KI’s strategy and efforts to be a more international university,” says Anna Lena Paulsson, Head of the International Relations Office at KI.

The scholarship is entirely qualification-based and considers the student’s grades, work experience, research experience and a motivational letter that the students write themselves and attach to their applications.

One of the scholarship winners is Fatematuj Juhara from Bangladesh, who studies toxicology.

“Like many others here, the reason why I chose KI was its good reputation and quality. KI is a prestigious university with a vision that I share. I have always known that I wanted to work in health and medical care and by being an active student at KI I can be part of KI’s vision of improving people’s health,” Fatematuj Juhara says.

Scholarship winner Shuhan Xu from Singapore is studying on the master’s programme in Molecular Technologies in the Life Sciences, a collaborative programme between KI, KTH Royal Institute of Technology and Stockholm University.

“I was an exchange student at KI last year and I loved it! Everyone is so friendly and nice,” he says. “KI is at the forefront in the research and I really want to be part of it,” he goes on.

Highest number of applications per place in Sweden

Vice-Chancellor Ole Petter Ottersen was at the ceremony to present the scholarships:

“It’s fantastic to see these highly ambitious students from different parts of the world coming here and enriching our university,” he says.