Seminar on healthcare of the future: Patients the source of development and research 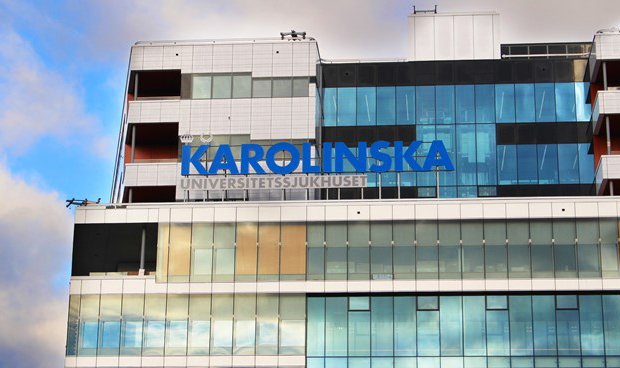 Changes in the health and medical care landscape will impact Karolinska Institutet’s research and education. At a seminar on Solna Campus on 10 May, speakers described how specialist and emergency care in the future to a large extent will be carried out in primary care units.

“That Karolinska Institutet is given good opportunities to conduct clinical research and education also in the healthcare of the future is not only a matter for the university but also for the health and medical care system as well as for society at large,” said acting Vice-Chancellor Karin Dahlman-Wright when she opened the seminar.

The seminar background was that Karolinska Institutet believes that a highly specialised intensive emergency department at the new Karolinska University Hospital will affect both research projects and medical and nursing students’ prospects of getting sufficient training. KI has also criticised the Stockholm County Council for its lack of collaboration during the planning.

“The fact that we were involved does not mean that we have always been listened to. The hope we all share is to establish a good dialogue on all levels,” Karin Dahlman-Wright continued.

She pointed out that Karolinska Institutet, KI, needs health and medical care services for the students to be able to get good in-service training and enable researchers to conduct their research projects.

“Have never had more resources”

The remodeling at the new Karolinska University Hospital is part of the new national health and medical care landscape. Göran Stiernstedt, Associate Professor and member of Karolinska Institutet’s Board, spoke about this based on his position as the government investigator of effective care.

There are many reasons to be proud of Swedish healthcare, Göran Stiernstedt stated. But there are problems. A small proportion of the population feel that healthcare works well compared to other countries.

“What doesn't work is accessibility. We haven’t prioritised that aspect. The number of doctors and nurses is increasing and we have never had more resources, yet people nonetheless feel that there were more resources in the past. In the future there will be sicker patients outside the hospitals,” Göran Stiernstedt said and continued:

“We’re poorly equipped for that. We need more primary care. The hospitals also need to be opened for this. Hospital healthcare needs to operate outside the hospital to a greater extent. The great potential for increased efficiency lies in the overall care of the most ill group of elderly people.”

Göran Stiernstedt emphasised that every encounter with patients is a source of development and research. Primary care must be available 24 hours a day and resources need to be transferred from specialist care.

Stockholm County Council Chief Executive Malin Frenning spoke about the challenges Stockholm faces with among other things a substantial increase in population. The goal is a healthcare network with the individual's total needs in focus.

“The care residents need must be as local and accessible as possible. We need a shift within the system so that people will go to their family doctor instead of to the emergency room. The local emergency departments will be strengthened and more spread out. Research is then more closely tied to healthcare and the endeavour will then be a more patient-oriented kind of research. But the system needs to be arranged so that we can conduct research on the patients we have even more," Malin Frenning said.

Regarding prerequisites for education and research, Malin Frenning among other things points out in particular the prioritisation of 14 basic training programmes and clinical research in endemic diseases and diseases that cause great suffering, as well as the establishment of a specialist centre to support research in diabetes, neurology and rheumatological disorders.

“In five years’ time I think we’ll have a cohesive structure where it is easy to access healthcare,” she said.

Analysis completed by 31 May

When the audience were invited to comment on what had been said during the seminar, many people had concerns about what will happen to the education and skills when specialist care is relocated. The consequences of such major relocations must be thoroughly investigated was one view. More specialist care centres were another suggestion.

The seminar’s last item, KI’s opportunities and challenges in the healthcare of the future, was cancelled. Karin Dahlman-Wright said she instead would comment further on the subject after 31 May, by which time KI’s internal analysis of the consequences of an intensive emergency care department will have been completed.