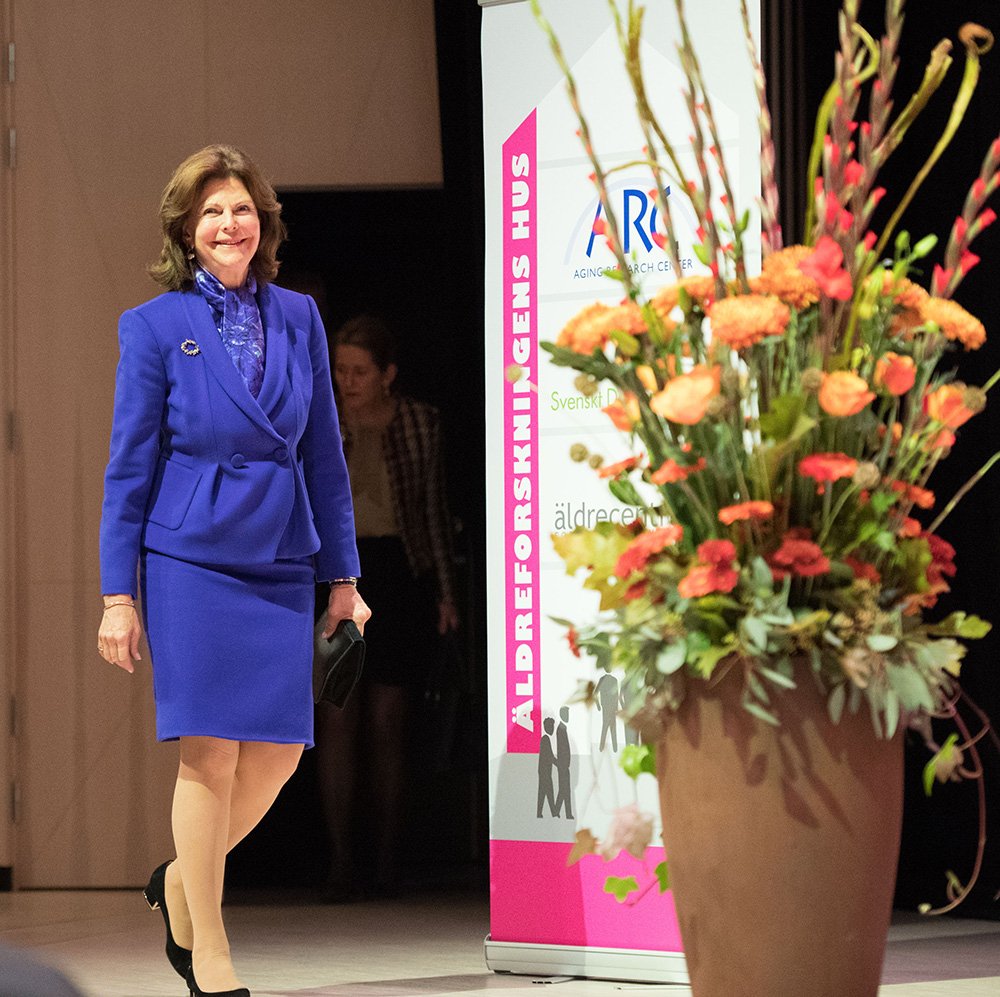 On Thursday 27 October, the House of Ageing Research in Stockholm hosted a theme day to draw attention to research on ageing and related diseases. Queen Silvia was in attendance and held an opening address in Aula Medica on the KI Solna campus.

The doors opened early at the House of Ageing Research for the hosts – The Aging Research Center, The Swedish Dementia Centre and The Stockholm Gerontology Research Centre – to receive the visitors, who were able to spend the morning testing their sense of smell, training their memory in the Brain Lab, and asking questions to the house’s experts.

In the afternoon, the focus shifted onto presentations on geriatric research in Aula Medica – but not until Queen Silvia had arrived and been welcomed by KI’s acting vice-chancellor Karin Dahlman-Wright.