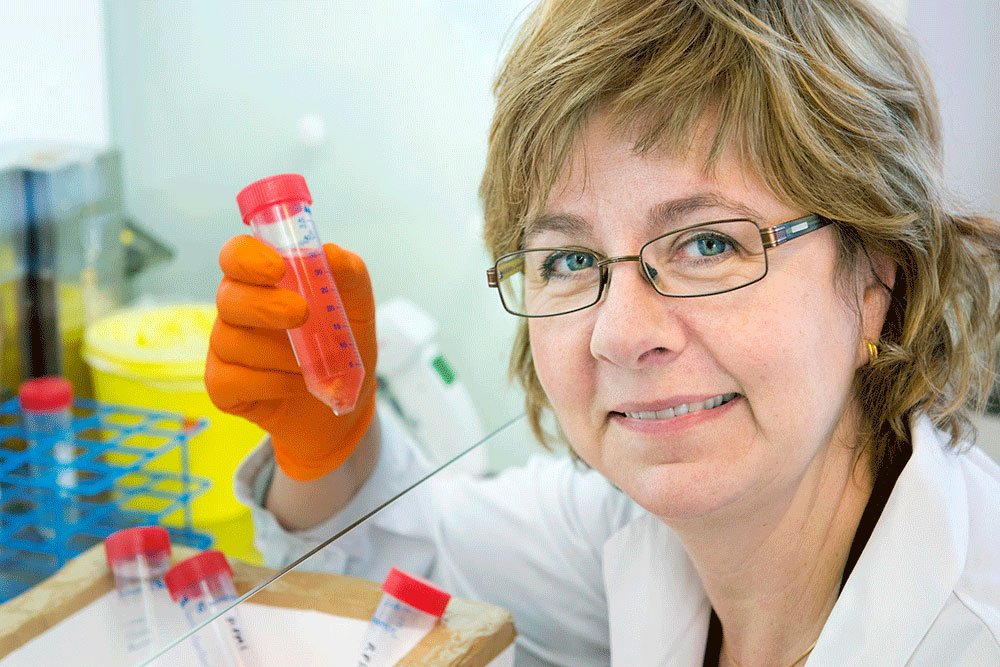 The duties and roles one has to combine at work tend to increase over the years, as does the scope of one’s spheres of responsibility. Often it’s wonderful, but sometimes it gets too much. As atherosclerosis researcher Gabrielle Paulsson-Berne knows. Like most of her senior colleagues, she has several hats to juggle in her work at KI.

It’s great being a multitasker. And frustrating. And essential. Fifteen years ago, Dr Paulsson-Berne was the one most au fait with her research group’s lab at the CMM (Centre for Molecular Medicine); today, as senior research associate, she rarely even finds time to take part in the experiments. These days she is a researcher, a supervisor, a deputy group leader, a course coordinator, a teacher and a member of various committees and networks at KI. Amongst other things. She usually has to delegate her lab work to postdocs and doctoral students.

“Although last Monday I made time for it. It’s a special feeling to meet three or four people early in the morning and then to spend all day in the lab. It’s nice to see how just how much my fingers remember!”

Researches the affects of atherosclerosis

Dr Paulsson-Berne researches into how the immune system affects atherosclerosis, and has teamed up with vascular surgeons at the university hospital to create BIKE, a biobank containing surgically removed plaque (accumulations of matter that constrict the arteries) from patients with atherosclerosis.

“From each of the samples we’ve gathered data on 20,000 genes, on whether they’re turned on or off. We’re now following up the leads we’ve found there in the search for mechanisms involved in the process of plaque spread.”

In 2007 she was in charge of setting up the “Frontiers in translational medicine” course on the newly started biomedicine Master’s programme, and she has been course coordinator ever since. The course is held every autumn semester, and her intention was to spend more time in the spring on her research. But things haven’t quite turned out that way.

“Putting together a major course is a complex thing. Arranging such a large schedule, recruiting teachers, updating the course contents, pedagogical development…all this has to take place between courses.”

All the general work she has to do with her research team also competes with her own research. This includes arranging its seminar series, organising the internal structures it needs to operate, being the senior backbone, the glue, that holds the team together over time while junior researchers do their time and then move on, etc. Dr Paulsson-Berne has been with the group since it started; she was recruited as a postdoc in the mid-1990s.

“The difficult thing is having time for everything. But I like doing many different things, and it seems as if all of us seniors at KI are multitaskers. There are many of us who just can’t help taking on new tasks – it’s fun and rewarding to have a finger in many pies. You learn so much, gain a huge contact network, and meet people from all over the world. I’d say that many of us would find it boring to do the same thing all the time.

“But then the university is dependent on us multitaskers. We’re the ones who get insight into what’s going on elsewhere in the organisation, who discover points of convergence, and make different areas of the university cross-fertilise each other. Being a multitasker is also a way of surviving in the university environment. Sticking to just one thing makes you very vulnerable.”

She goes on: “But it’s easy to take on too many duties. Because they’re fun and important, because I appreciate being asked, and because, like many of my colleagues, I’m an inveterate time optimist. I’m also a team person, you see. There’s no way I could sit on my own. KI is a wonderful crucible of enthusiastic nerds from all over the world. There’s something seductive in that.”