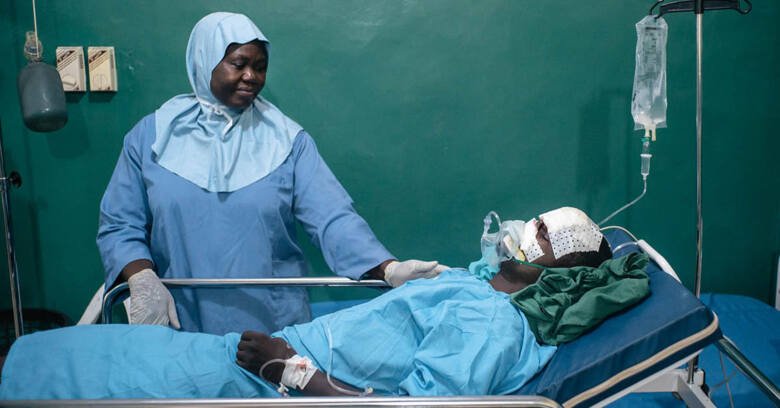 Every year an estimated 140,000 new cases of the disease noma are reported and of the people effected approximately 90% die. Still most people have never heard of this preventable and in early stages treatable disease. That is why MSF Sweden, in partnership with Karolinska Institutet and the Swedish Society of Medicine organized an event to increase awareness on noma. The award-winning documentary "Restoring Dignity " was shown followed by a panelist discussion including two noma survivors.

With a 90% mortality rate, noma is a devastating disease that predominantly affects children living in the direst of conditions. Noma is a little understood, non-contagious, rapidly progressing gangrenous infection of the mouth and face. This preventable disease eats away tissue rapidly, leaving survivors with holes and facial disfigurements that cause them life-threatening impairments that require surgical intervention. They often face stigma as a result.

While health systems are facing many challenges globally some receive massive attention from media, research institutes and policy makers, while other diseases which have been around for centuries remain neglected. One of these is noma and to tackle it MSF Sweden, in partnership with Karolinska Institutet and the Swedish Society of Medicine organized an event to increase awareness. 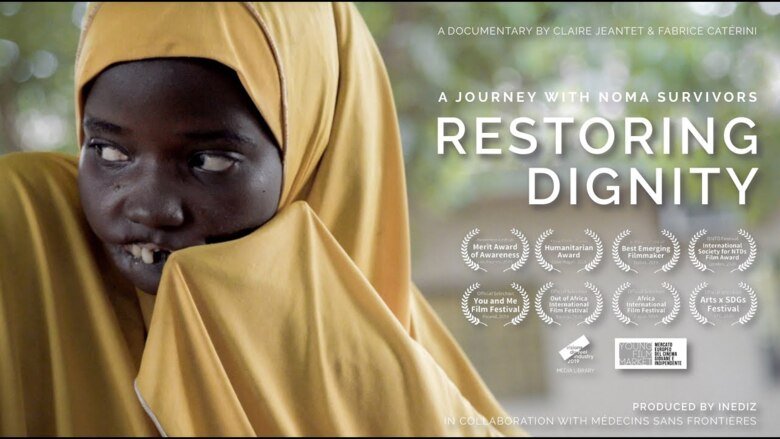 The event started by screening the award-winning documentary “Restoring Dignity” by French filmmakers Claire Jeantet and Fabrice Catérini. They follow the journey of noma survivors from different regions across Nigeria. Some are children, some teenagers and others are adults that have lived with the physical and psychological consequences of noma for years.

After the film screening an international panelist took the stage to discuss the causes, treatments, and personal experiences from noma. Tobias Alfvén from Karolinska Institutet participated together with documentary maker Claire Jeantet, Mark Sherlock a health advisor for MSF and not the least two noma survivors Fidel Strub and Mulikat Okanlawon who also was featured in the documentary.
The panel was moderated by Mia Hejdenberg, Medical Humanitarian Advisor at MSF. She started by explaining what noma is calling it a neglected neglected tropical disease (NTD).
Claire, pointed out that noma meets all of WHO four required criteria to be listed as a category A NTD. They must: 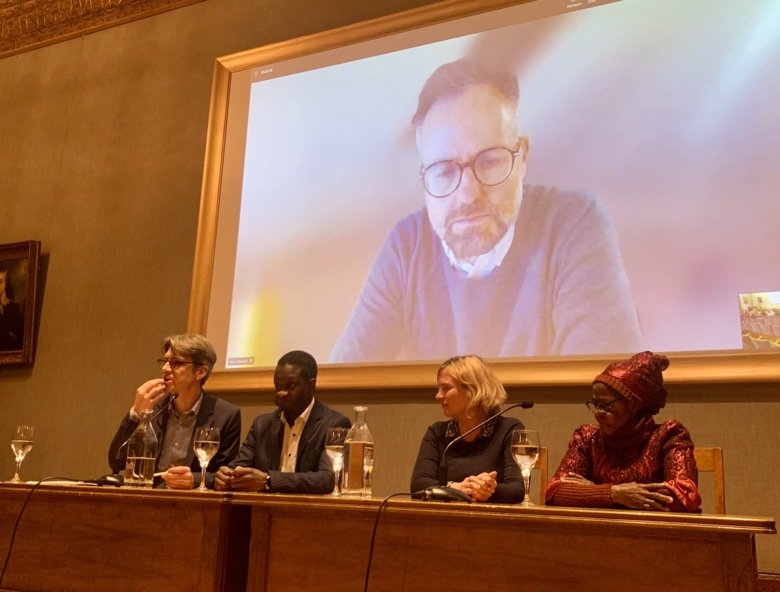 Noma survivors and activists Mulikat and Fidel discussed their own experiences as well as the different layers of the disease. They described the psychological effects of living through noma, the stigma they faced in society, and the work they are doing now to help raise awareness for the disease. They have also started the first noma survivor organization Elyseum.

Born in Lagos, Nigeria, Mulikat Okanlawon is a noma advocate and a noma survivor raising awareness at the global level. At the event she talked about her story from surviving the disease and her journey to get to where she is today. After years of fighting the stigma and accepting her new appearance, she received her education and today she works with Médecins Sans Frontières (MSF) at the Sokoto Noma Hospital as a hygiene officer.

Fidel Strub was born in Burkina Faso but today he lives in Switzerland. He survived noma in 1994 and has had a total of 27 surgical interventions.
He emphasized that for noma the focus must be on fighting the cause of the disease not the symptoms. He used a metaphor that if you would have a device in your home that catches fire and the fire brigade comes to your rescue, you would not continue using the device because you know that the firefighters will help you but rather remove the device that causes the fire in the first place.
Fidel continued saying that we cannot expect immediate results when trying to stop noma. It will take at least one generation for us to witness the positive effects of the needed interventions - saying it really is a marathon and not a sprint.

“Education is key. Educate your students about what noma is, how to detect it and raise the awareness. Noma needs more visibility and awareness to increase research and the development of interventions. That is what you can do as a medical university to help fighting this disease” says Fidel.

Tobias Alfvén, associate professor in global child health, said that he teaches all his students to check the mouth of children. “But we are not dentists some may say but the mouth is part of the body, and it is so easy for healthcare workers to quickly open the mouth and see if everything is alright. If not, you can detect and prevent diseases from developing with terrible consequences”.
Tobias also explained that instead of focusing on making sure students know the names of all NTDs he educates students on what different diseases have in common and what symptoms to look out for.

Please join in the global effort to tackle the neglect, to raise awareness of noma and to advocate for its addition to the WHO’s Neglected Tropical Diseases list.
Here is what you can do: