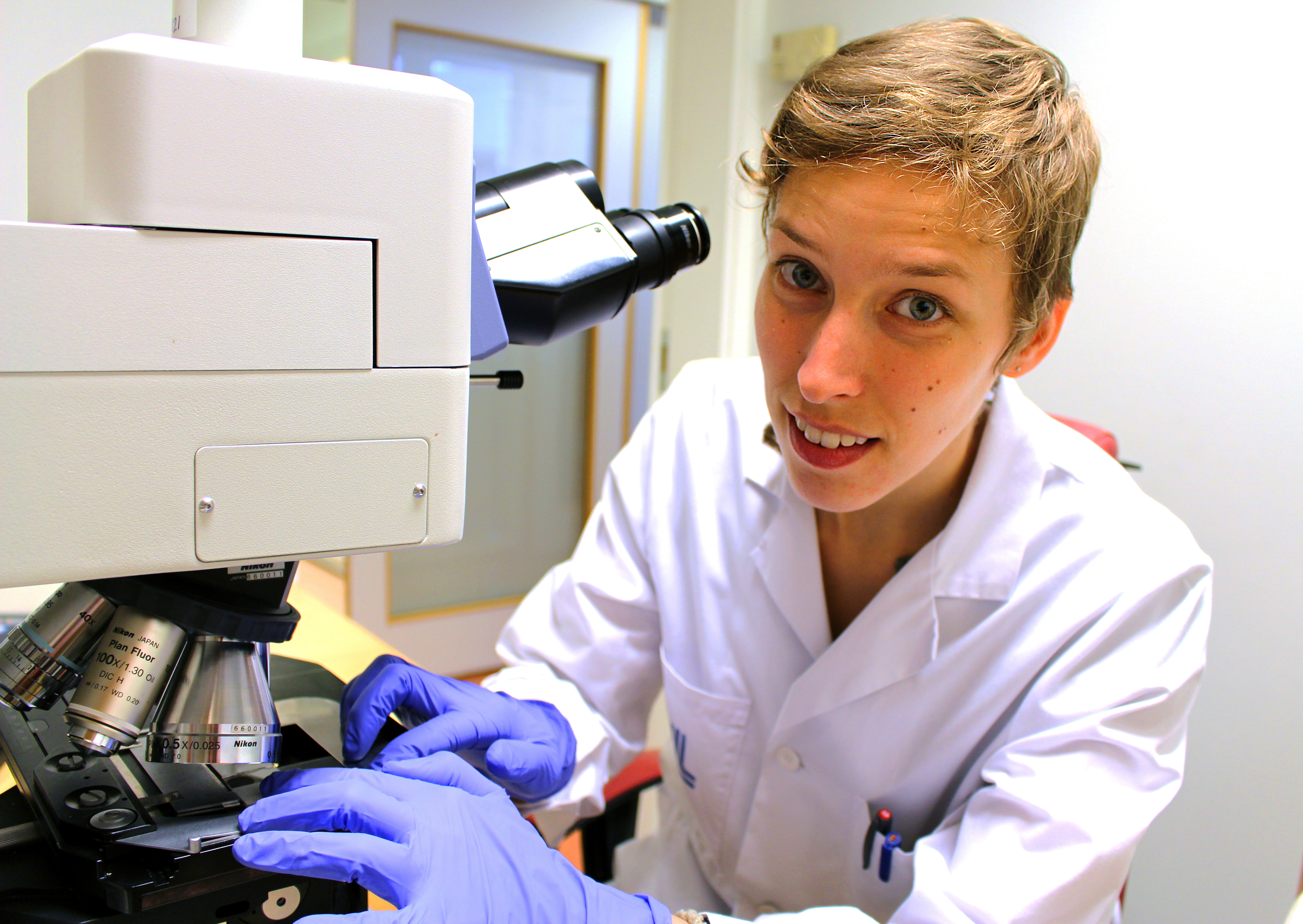 Hello Jolanta Lundgren, PhD student at the Division of Neurogeriatrics. You are about to defend your thesis on 2 February, what is the main focus of your research?

I’ve been studying the role of the toxic amyloid β-peptide (Aβ) in the synapses in Alzheimer disease. Aβ plays a critical, but still unknown role in the development of Alzheimer disease. I’ve shown that Aβ is constantly released from synapses by a mechanism distinct from that by which neurotransmitters are released.

I’ve also been studying the cellular and synaptic localisation of enzymes involved in the production of Aβ. I show that both ADAM10 and BACE1 are highly enriched in synaptic vesicles. I also show that both of them are located both pre- and postsynaptically in rat and human brain, which had not been fully elucidated before.

In order to understand Alzheimer’s disease we need to understand the molecular mechanisms behind it. Therefore basic research is of outmost importance. Now when we know where in the nerve cells the enzymes involved in Aβ production are located, it will be possible to develop methods to target these locations and specifically inhibit Aβ production there. Consequently, more specific treatment strategies are now possible.

Yes! I hope to continue with research involving both Alzheimer disease and synapses. I‘m currently applying for grants for a post doc in Scotland. There I want to study synaptic vesicle recycling in Alzheimer models.