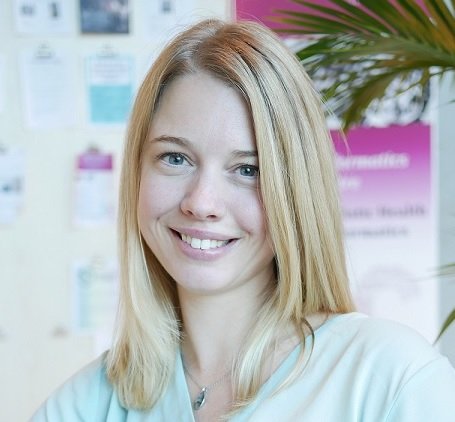 Hi Linnea Sjöberg, that just recently became a Ph.D. at the Division of Aging Research Center. On 28 September you defended your thesis "Using a life-course approach to better understand depression in older age", what´s the main focus of the thesis?

The main focus of my thesis is to better understand depression in older adults from a life-course perspective. Specifically, we wanted to explore the prevalence of depression, and identify risk factors, societal changes, and consequences of depression in late adulthood.

We found that the occurrence of any depression varies greatly by dementia status, physical functioning, and marital status across the majority of the depression definitions used. Moreover, we showed that feelings of loneliness were related to a higher risk of developing depression in two birth cohorts of individuals in their seventies. As well, early-life (0−18 years) and late-life (>65 years) emerged as critical time periods when the experience of negative events exacerbates depression risk in later life. Finally, we also found that marital status and living situation have the possibility to buffer the detrimental effects of low mood on dementia onset in two cohorts of older adults of different generations.

Our findings of the long-term impact and consequences of early-life negative events on depression in older adults, suggests the importance of establishing preventive actions for children who have been exposed to adverse life events. In addition, health care personnel should pay particular attention to older individuals who have been exposed to recent or several negative events across the life span, or who feel lonely, since this may increase the risk of developing depression. Overall, the importance of psychosocial factors in relation to depression risk and the postponement of dementia onset, emphasizes the importance of establishing preventive strategies aimed at increasing social interactions among older adults.

I am excited to start a new position as a Scientific Communicator for the National E-Infrastructure for Aging Research (NEAR), which will coordinate databases from the major population-based longitudinal studies on aging and health in Sweden. In addition to this, I will also have the possibility to continue my research on psychiatric epidemiology at ARC, KI.

NEAR - National E-Infrastructure for Aging Research