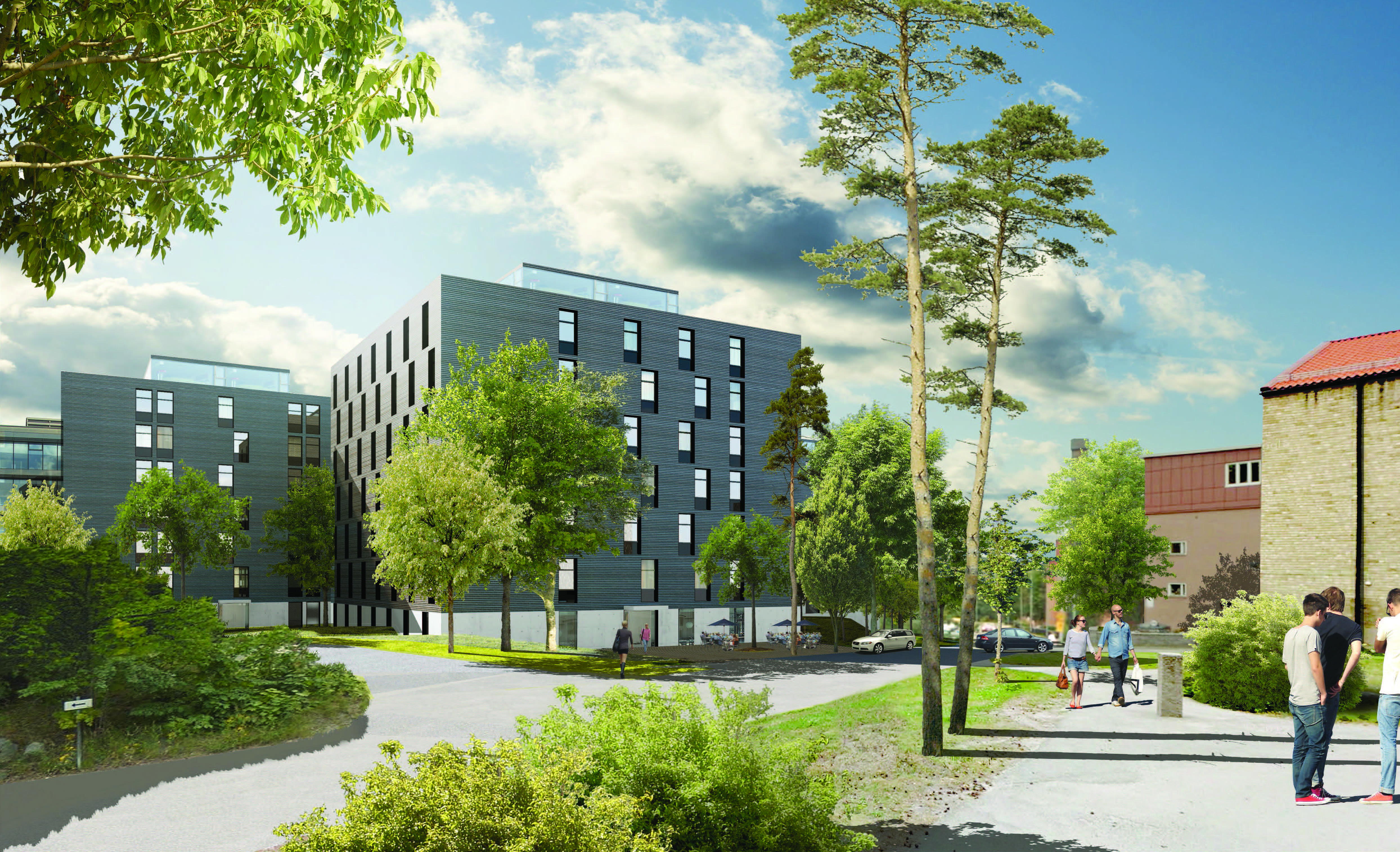 If all goes according to plan, 420 new rooms will be standing ready on the Solna campus at the end of 2015, in the hope that it will boost KI’s competitive standing by giving precedence to overseas students and visiting researchers.

Today, some 8,000 student rooms are needed in Stockholm, according to Anders Flodin, CEO of KI Housing, which leases about 300 flats to foreign students and visiting researchers at KI.

“There is a massive shortage, and it leads to students opting out of Stockholm as a place to study. As for foreign students and visiting researchers, all KI places are filled, and it is not possible to measure how many people choose not to apply to KI due to the housing shortage. But we think it is normal,” says Anders Flodin.

KI Housing has around 1,200 housing applicants a year, and is able to prepare flats for about 800 of them. Those who are not fixed up with accommodation, often move in with someone else, according to Anders Flodin.

To remedy the most urgent problem, 420 new flats are now being planned on campus in Solna, with preferred status for foreign students and visiting researchers. According to Marie Asplind, project manager at the property department at KI, the University has undertaken to make flats available to international students and visiting researchers in the cooperation agreements that are in effect.

“The issue of accommodation is urgent because KI needs to be able to provide flats in order for its operations to operate. But it is important to emphasise that nothing has been definitely decided yet when it comes to these new flats. We will be looking at a contract agreement in the spring,” says Marie Asplind.

The plan is that Heba Fastigheter will buy the site for Akademiska Hus, build flats and then rent them out to KI, which in turn engages KI Housing to manage the queue system and the operation of the flats. In order for the new dwellings to become a reality, a new detail plan also needs approval, according to Lennart Karlsson, CEO of Heba Fastigheter.

Most of the planned residential units in the four new houses are 23 square meters in size, some with kitchenettes and some with shared kitchens, and the rent is expected to be around SEK 5,000.