New professors at KI were installed 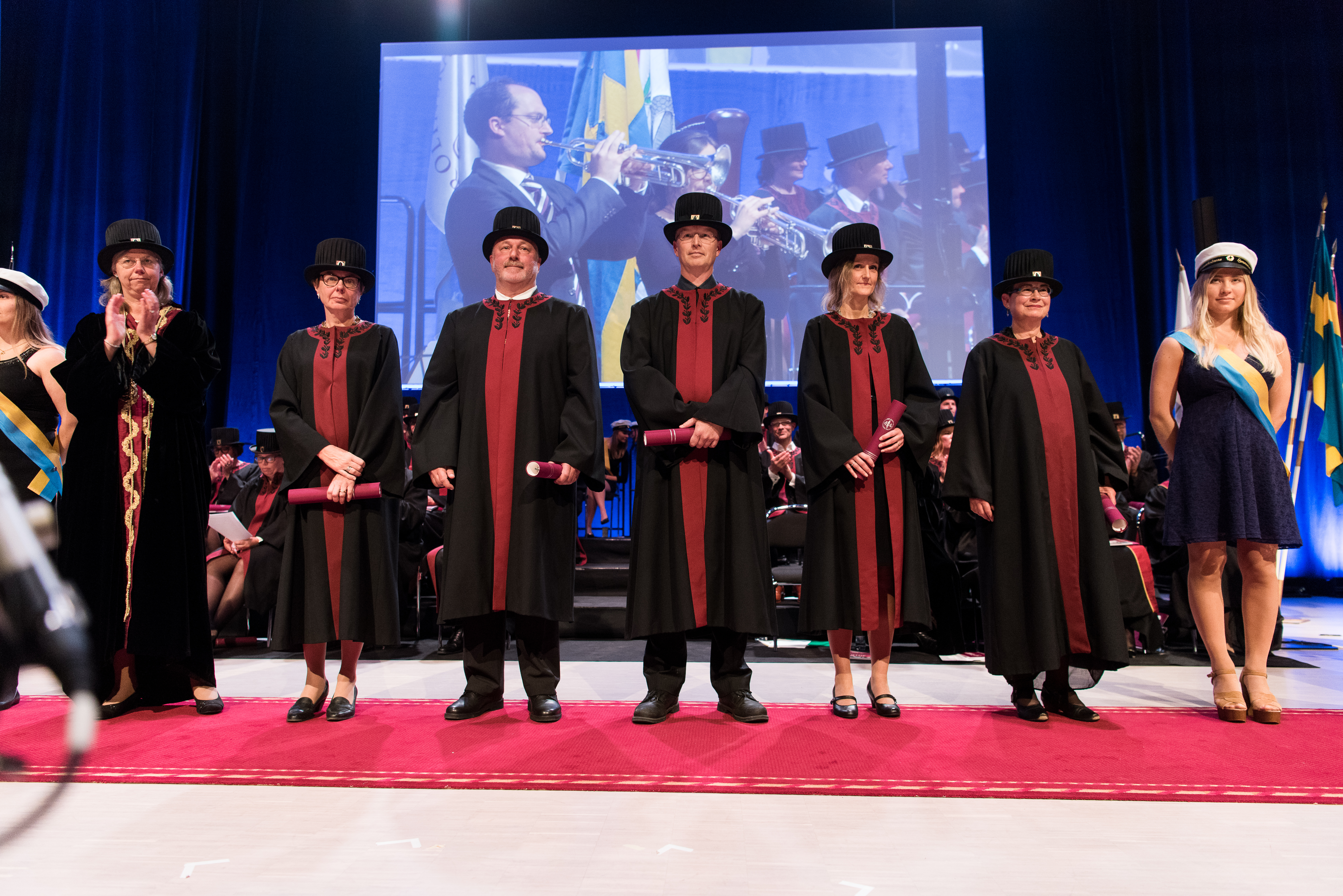 On Thursday 13 October, Karolinska Institutet held its annual installation ceremony in honour of its new professors and the scholars who have recently received awards for their achievements at KI and in medical research.

Aula Medica on the KI Solna campus was the venue for the ceremony, at which 20 new professors were installed by KI’s acting vice-chancellor Karin Dahlman-Wright. Visiting and adjunct professors were also given a warm welcome to KI during the proceedings.

It was with much pride that Professor Dahlman-Wright congratulated them all:

“You have now attained the highest academic position at Karolinska Institutet. I have great faith in you that you will put your unique competence and experience to creating new knowledge and finding solutions of immense value to patients and to society in general”, she said in addressing the professors.

She also stressed the importance of them being rolemodels to their students and colleagues, and of taking responsibility for protecting an academic environment in which open discussions are part of everyday life.

With sights set on the future

One part of the ceremony that the audience – which mainly comprised the families and colleagues of the evening’s dignitaries – enjoyed was the films in which the new professors talked about their research, what drives them, and what they do in their free time.

“The films show us that all we new professors share the same passion, joy and curiosity,” remarked newly installed professor Sophie Erhardt speaking on behalf of her colleagues. “We’re ready to carry on doing medical research of significant impact and to meet our professorial responsibilities towards building the new Karolinska Institutet.”

Several recipients of academic prizes and awards were also celebrated during the ceremony, amongst them those invested with KI’s Grand Silver Medal and KI’s Prize for Research in Medical Education. Read more about all the prizes and awards below.

For further reading on the new professors, please visit this page.

Learn more about all the professors at Karolinska Institutet here.

Prices and awards highlighted during the ceremony

The Karolinska Institutet Prize for Research in Medical Education, awarded to Brian Hodges.