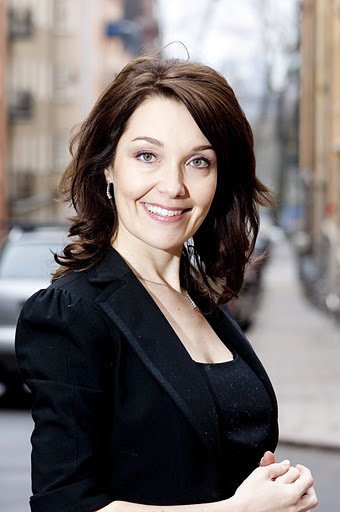 On October 17, Professor Miia Kivipelto will receive the prize for her research on dementia and its prevention. The ceremony takes place at Umeå University's annual celebration, which will be attended by King Carl XVI Gustaf.

”I am very honoured to receive the prize and delighted about the focus it places on the field of dementia prevention research. The research will have a significant impact on the challenges we face, both as individuals and as a society, considering the aging population and the occurrence of conditions associated with cognitive impairment”, says Miia Kivipelto, professor at Karolinska Institutet’s (KI) Department of Neurobiology, Care Sciences and Society (NVS).

Her research focuses on the prevention, early diagnosis and treatment of cognitive impairment, dementia and Alzheimer’s disease (AD). In her epidemiological studies, Kivipelto has identified various risk factors for dementia and AD. She leads the FINGER study, the first intervention study in the world to prove that it is possible to prevent memory impairment through active counselling on diet, physical exercise, cognitive training and control of vascular risk factors such as high blood pressure and blood fat levels.

Today there is no cure for dementia, and that is one of the reasons why prevention becomes even more important. Kivipelto sees a bright future for research within the field of cognitive impairment and dementia.

”Fifteen years ago, the focus was mostly on underlying non-modifiable risk factors such as advanced age and genes. Now, considering the knowledge on several modifiable risk factors and the possibility of prevention, the future is much more optimistic. But we must also develop better drugs that can stop or slow down the progression of the disease”, she says.

Professor Kivipelto is engaged in various projects related to dementia risk factors and dementia prevention, including the European multinational MIND-AD prevention project, which will start next year.