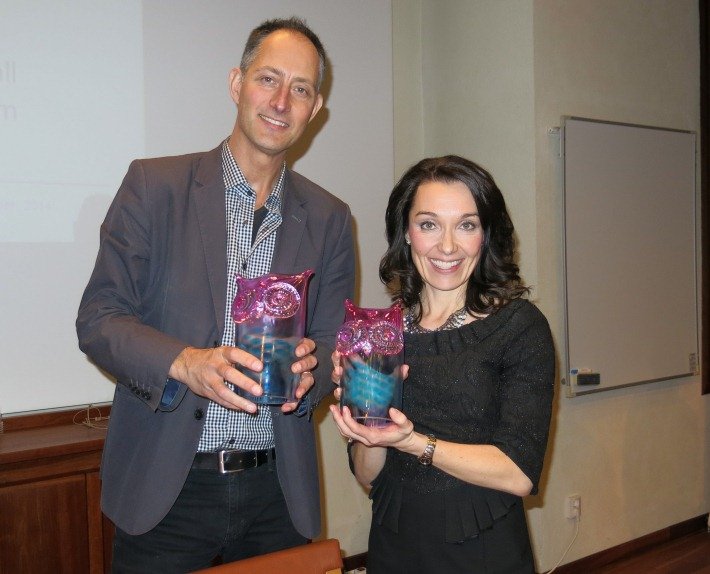 Miia Kivipelto, professor at Ageing Research Center (ARC) and the Department of Neurobiology, Care Sciences and Society (NVS), and Jonas Fuxe, senior researcher at the Department of Medical Biochemistry and Biophysics (MBB) at Karolinska Institutet, have both received the honorable title ”Best PI at KI” 2014 by the KI Postdoc Association.

The annual award was introduced this year and postdocs have nominated and voted for the best nominated PIs (Principal Investigators). Among eleven nominees, Miia Kivipelto and Jonas Fuxe received the most and an equal number of votes. In the nominations, it was mentioned that Miia Kivipelto ”has created a cooperative and stimulating work environment, in which her team is motivated, productive and successful”, while Jonas Fuxe was described as ”a great leader who has restored the postdoc's passion for science”. Both were awarded the prize on 14 November at the “Mentoring for success in science” workshop, which was co-organised by Junior Faculty and the journal Nature Genetics.