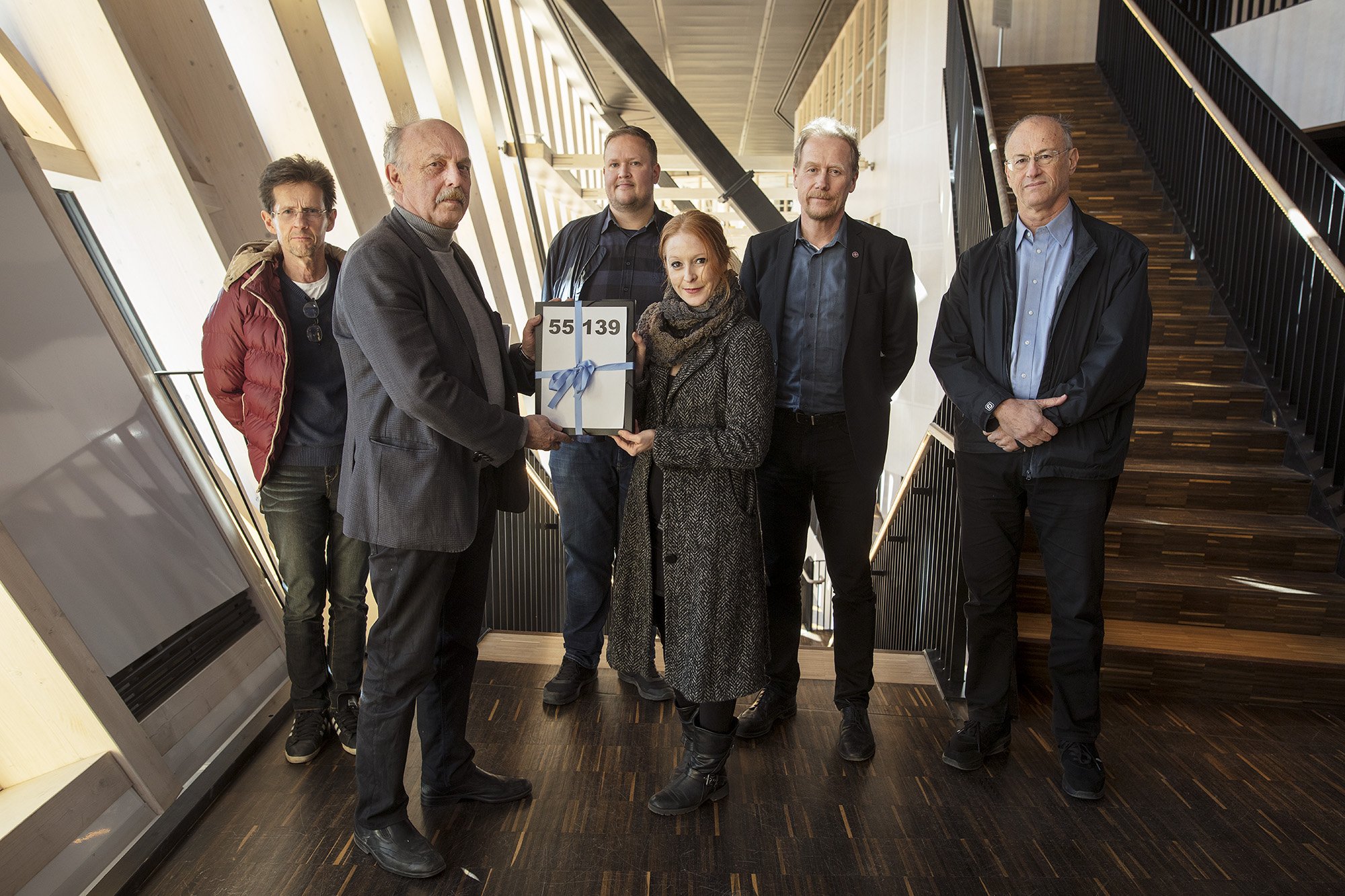 Last Thursday Djurrättsalliansen (a Swedish animal rights alliance) and the Animal Justice Project handed over a petition to KI’s acting Pro-Vice-Chancellor to try to persuade the university to discontinue research with Rhesus macaques at the Astrid Fagræus laboratory. Despite no consensus having been reached on the issue, both parties were positive to a continued constructive discussion.

Djurrättsalliansen and the international animal rights organisation Animal Justice Project have jointly collected over 50,000 signatures in support of stopping research using rhesus macaques. Last week they were handed over to KI during a meeting.

“It is important to have a dialogue, this is an opportunity to exchange ideas and opinions,” acting Pro-Vice-Chancellor Anders Ekbom says.

The research project in question has to do with developing a vaccine against malaria, where research on rhesus macaques constitute the stage before clinical trials on humans.

The animal rights organisations’ standpoint has its foundation in an argument propounding that research with monkeys, in addition to causing the animals suffering, do not give the results the research is seeking.

“There are great differences between humans and monkeys, which makes the experiments inappropriate. We want to open the discussion to include non-animal-based experiments,” says the chairman of Djurrättsalliansen, Daniel Rolke.

According to KI, research with macaques are not inconclusive. For example, HIV antiretroviral drugs researched in macaques are today allowing HIV-infected people to live a normal life.

KI also rejects the argument that the primates suffer. The animals are not challenged with malaria parasites, only immunized to provide antibodies through a blood sample.

“The animals are treated well. I am proud of our focus on animal welfare at KI, says Anders Gustafsson,” Dean of Research.

KI emphasised that rhesus macaque research in general is used to a very limited extent and that the decision in the malaria project was preceded by in-depth discussions where both ideological and scientific standpoints were taken into account.

In 2015 approximately 429,000 people died of malaria, according to the WHO, and 30 per cent of them were children less than five years old.

“For every day that we cannot produce a solution, children die in the worst hit areas,” Anders Ekbom says.

Despite no consensus having been reached on the issue, both parties were positive to the open dialogue initiated through the meeting. Anders Gustafsson invited Daniel Rolke to visit the Astrid Fagræus laboratory, where the rhesus macaques are kept. Daniel Rolke in turn offered to find solutions for taking care of the animals once the research have been concluded, which was appreciated by KI’s representatives.

Also present at the meeting were Brun Ulfhake, Director for Comparative Medicine at KI, Claire Palmer from Animal Justice Project, and Andre Menache from Antidote Europe.

Read more about the malaria research with macaques