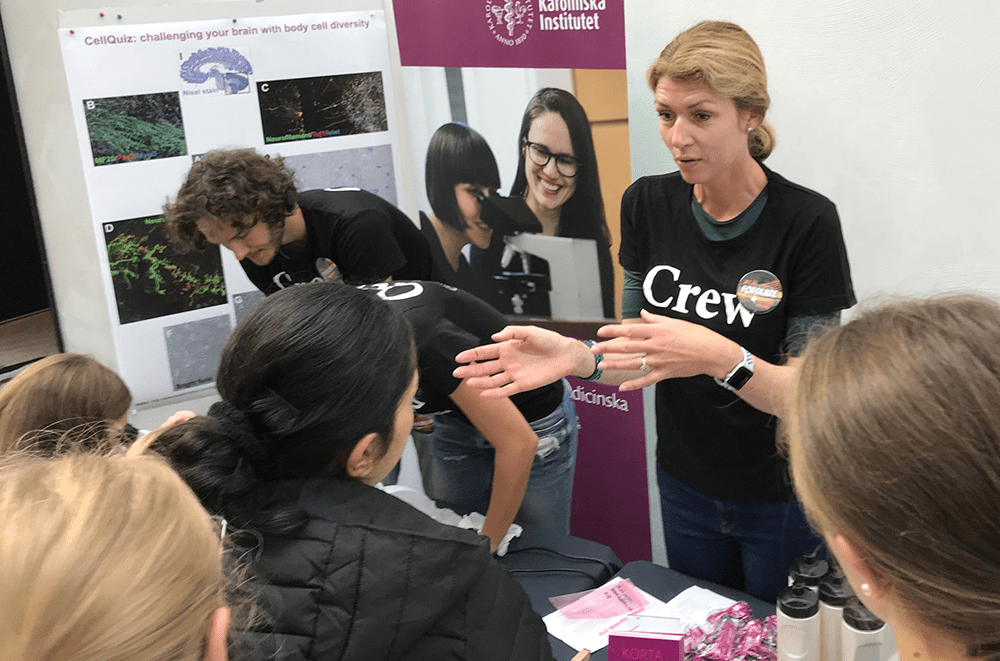 Around 50 researchers from Karolinska Institutet met about 4,000 high school students when they participated in European Researchers' Night on the 28 September. The students participated in interactive activities, shows, lectures and research dialogues and more.

In addition to KI, researchers from KTH and Stockholm University and others participated in the exhibition, which was performed at Alba Nova University Center at KTH.

During the day Researchers’ Grand Prix was also held, where scientists compete in presenting their research as entertaining and informative as possible during four minutes. The audience of approximately 260 students voted together with a jury for the winner. In this year's competition, researchers Tobias Alfvén and Charlotte Skoglund from KI participated and finished in an honorary second and third place.

The EU-event European Researchers' Night in Stockholm is organized by Vetenskapens hus. Co-organizers are Karolinska Institutet, KTH and Stockholm University. It has been organized since 2006.

Interview with Peter Jihde on diabetes: “Nobody should feel ashamed”